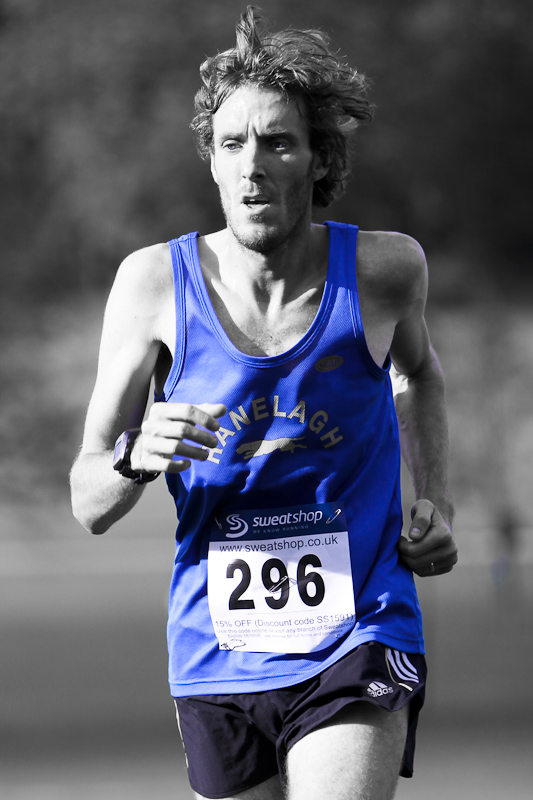 David shortly after the start of the second lap.

The club I run for, Ranelagh Harriers, competes in the Surrey League Cross Country series and the new season began on Saturday in Reigate.

Two years ago I didn’t get to the start line of any of these races (normally due to injury) and last year I avoided XC races like the plague because of not wanting to risk injury during my Ironman training. This year I’ve decided to run cross country in the hope that I’ll avoid injury and get stronger and faster at the same time.

After watching the ladies race and then the little children race (who are superb it has to be said) it was time for the senior mens race. Its a two lap course in Reigate Park - and a great location if you like some steep hills (check the contour map) and a total distance of 5.11 miles (at least according to my GPS, but then again its accuracy can’t have been that great because of all the wooded areas we were running through.

In this league the first ten runners from each club score and it was likely that I’d be just out of the scoring (I’m not a bad runner, but I’m not a great runner). This isn’t an issue - my number one priority is to race hard, and if I happen to score for the team then even better.

The first lap was tough - a massive mob of runners racing up a steep hill and then yet another steep hill. Much of the course was narrow, but fortunately the ground was firm so that I didn’t need to wear spikes - trail shoes were more than adequate. 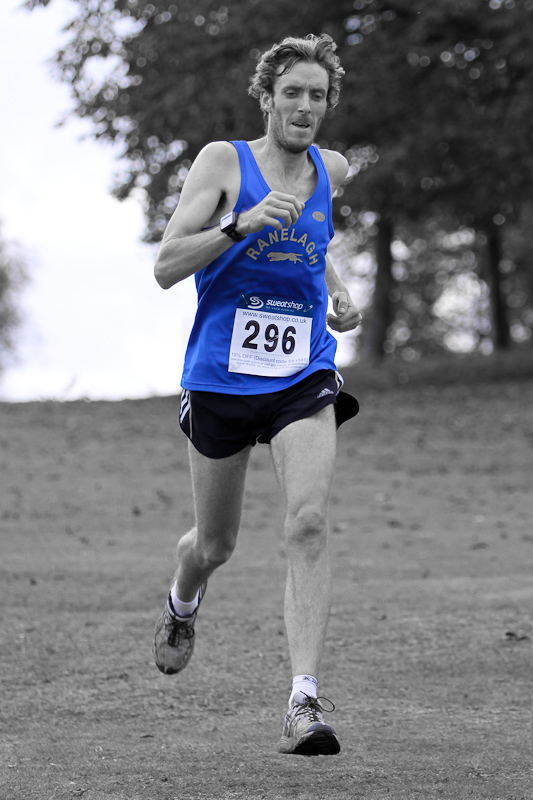 The final push before the finish.

Towards the end of the first lap it started to thin out a little. For the whole way round I had sight of about five other Ranelagh runners not too far ahead of me. I would have loved to have caught up with and stuck to them but I just couldn’t get there. It was tough going.

The most demoralising part is when you start the second lap - everything you’ve just done - the horrible uphils, the steep downhills - you have to do them all again, and you’re knackered at this point. Ho hum.

I pretty much maintained my position throughout the second lap. I believe one guy overtook me and I overtook someone else. I gave it pretty much my all and fought through to the finish.

I really enjoyed this race and look forward to running some of the other races during the wet, muddy, windy, winter season.