By David and Sharon on 1 November 2009 david parkrun sharon

Sharon and I have decided to take a few days away from work (well, Sharon’s work anyway - I’m much a man of leisure at the moment!) and this past weekend we found ourselves in the Norfolk Broads. The area is beautiful and peaceful, and when having a ‘holiday’ you do the things you enjoy - and at 9am on a Saturday morning this means a 5km parkrun. 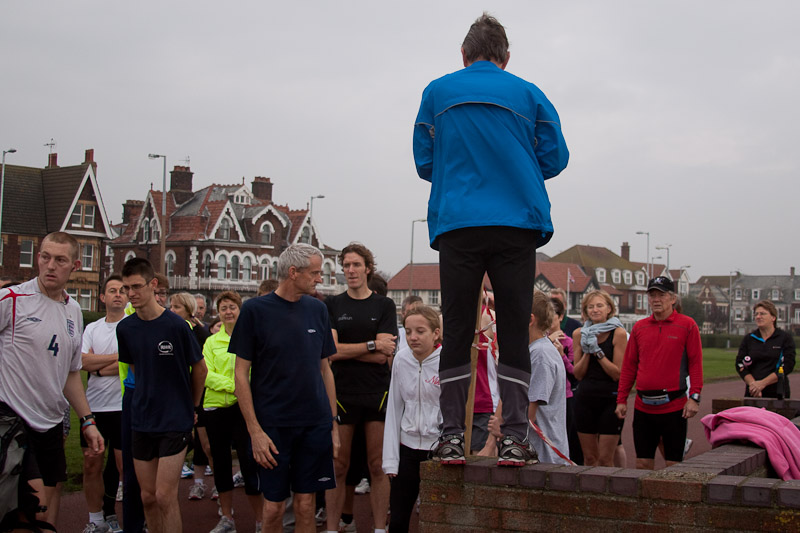 We were about 20 miles from the Gorleston Cliffs parkrun, which is just south of Great Yarmouth. On a blustery day my mother, Sharon and myself made plans to head to the most Eastern parkrun in England.

The beach is huge and sandy, although it was clearly not weather for sunbathing, and the wind was fairly strong. After a warmup at the top of the cliffs and introducing ourselves to some of the organisers we awaited the starting announcements.

As the event has only been running for just over six months (this was the 28th race) there are no ‘home’ members of the 50 or 100 clubs, so when Sharon and I turned up wearing our black 100 club t-shirts with pride we were announced at the briefing as ‘royalty!’

As the 3-2-1-start went I found myself running with two other guys - one who looked like a serious runner in his “Beckenham RC” club vest, and another chap who was wearing an ipod and I felt didn’t seem much of a threat to me. My initial judgement was true and after a couple of hundred metres or so it was just myself and the club runner, Nolan Wilkens.

He had a slight edge on me early on, which I was more than happy to go with as the wind was blowing directly into us. I had no problem drafting off of him for a little while. After about 1/2 a km you start to head down the cliff by taking a narrow path. The man who was just ahead of me missed the first turn, and after scrambling down an extremely steep grass bank he then missed the second slight turn and had to scramble upwards! 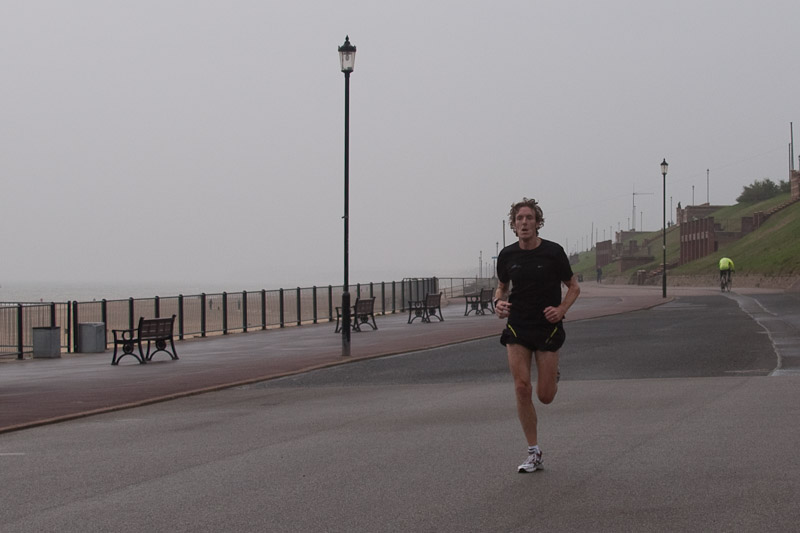 This was my moment to take the lead, but unfortunately it was short lived. He was back on my tail and drifted past me. After a hairpin turn and a steep downhill we were onto the promenade for the return journey back to the finish area and start of the second lap.

With the wind directly behind us the apparent air was still, and getting warmer by the minute with no cooling breeze in your face. Running at around PB pace (5:45 miling for the first mile - especially into a headwind) I knew it was going to be hard to keep the pace going. After crossing the finish line (this is a two lap course) you then head up a steep incline to get back to the top of the cliff, and then its onto the second lap.

The second lap was much more uneventful. I ran hard, thanked all the marshals and watched any chance of a first place finish drift away. Looking at recent results I knew that a top three was well within my means, but then you never know who’ll turn up on the day.

I ran hard all the way to the finish and with my mum watching proceedings I finished in second place with a time of 18:17. This was a good strong run in tough conditions and although there’s two downhills and only one uphill I was pleased to be in the low-18’s. 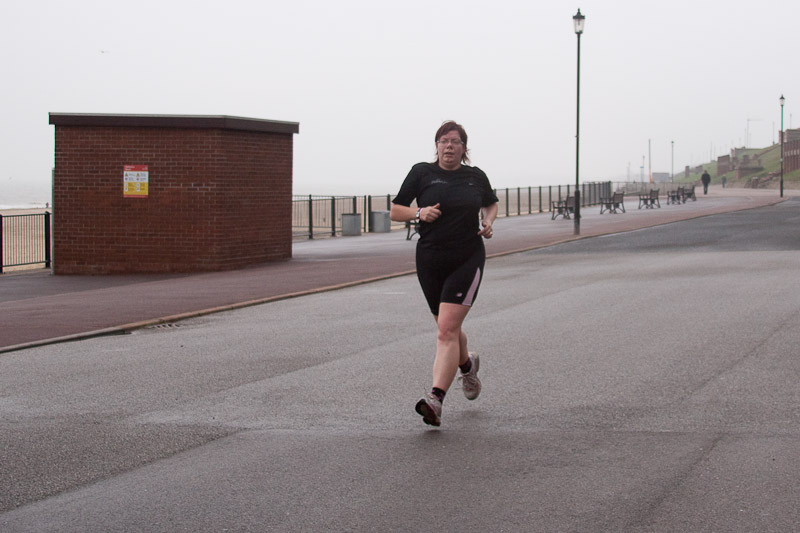 After registering on the computer (for a change I brought my registration barcode with me but they’re one of the two UK events that don’t use barcodes yet) I cheered Sharon in (who “tried quite hard but was still rubbish”) and then we drifted back to the car to head back to our boat on the Broads. If we weren’t on holiday with plans for the day ahead we would have stayed on for coffee so it was a shame we had to head off so quickly. 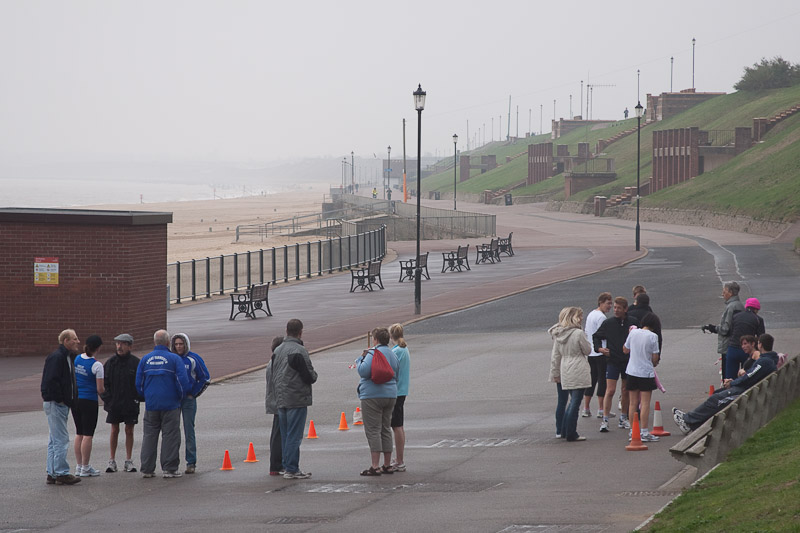 This is a great, low key parkrun (the smallest I’ve run in years) with a really nice group of supportive runners and helpers. Well done Gorleston - you’re doing parkrun proud.