Wet weather and a fresh breeze met the 375 runners (well, there may have been more but 375 finished) today (Sunday) at the 23rd Annual Harry Hawkes 8 road race held in and around Thames Ditton, Kingston and Hampton Court in South-West London.

I’d not run an eight mile race before and based on my 10 mile personal best (1:07:36 at the Thames Towpath 10 from April this year) and using the calculator at the Runners World website, a reasonable estimate for today was 53:22. I gave myself a target of 53 minutes flat but didn’t really set out to race to that time - I just wanted to run a relatively hard race and I didn’t really take any notice of the overall time until I had finished. My average pace was 6:37 per mile.

My strategy to start slow and get faster after a couple of miles didn’t quite go to plan. At the start I said to Dave G (runner from The Stragglers club) that I would be happy with anything around 7 minutes for the first mile. Well, he told me after the race that he saw me up ahead and when I crossed the 1 mile marker he looked at his watch - 6 minutes 15 seconds - oops! OK, the wind was behind us in the first couple of miles but not by that much. Anyway, I was feeling good and settled into the race. Anything I gained here I’d no doubt lose later when the wind would be blowing in my face on the return part.

There wasn’t much support on the course although the cheers from Andy B from Ranelagh were appreciated.

I drafted a little during the windy sections which helped me through and then I just pushed on to the finish. My final time was 52:53 which put me in 43rd place overall (out of 375 finishers). I am really happy with this result although based on my 5k times I do know that I should be much quicker over these longer distances. I know what I need to do (run more miles in training) so I’ll try and do this to get my times improving. For info my average heart rate was 170 beats per minute and it peaked at 184 during the final mile.

This is one of the races that forms part of the Ranelagh Road Grand Prix 2007 and after 7 events (I’ve run only 5 of them) I’m in joint third place. There’s three more races in the series to run and as its the best 8 races to count, then the positions will probably start to move around as the events reach their conclusion in mid-August. 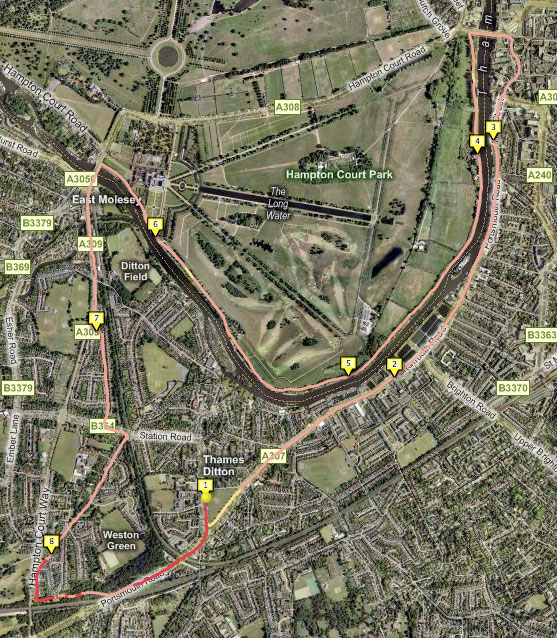