After taking part in a couple of triathlon/aquathlon events last year, where rather than swimming in a pool you swim in a murky fresh water lake, my swimming wetsuit (I’ve got another wetsuit for sailing/windsurfing) has been sat in my ‘tri(athlon) box’ until this morning - as today is what a few of us have chosen to call the start of the Open Water Swim Season.

Kirsty (my triathlon accomplice/buddy) and I had planned on going to Liquid Leisure this morning for the first swim of the season but the water temperature was 10 degrees - “below the recommended race temperature standard of 12 degrees.” So, Liquid Leisure wouldn’t let us swim - so where else could we go…

Only a few miles from where we live is Princes Club - who have just opened for open water swimming. They’ve been open the past two weeks (although apparently nobody turned up!) so it was time to brave the elements and get wet. 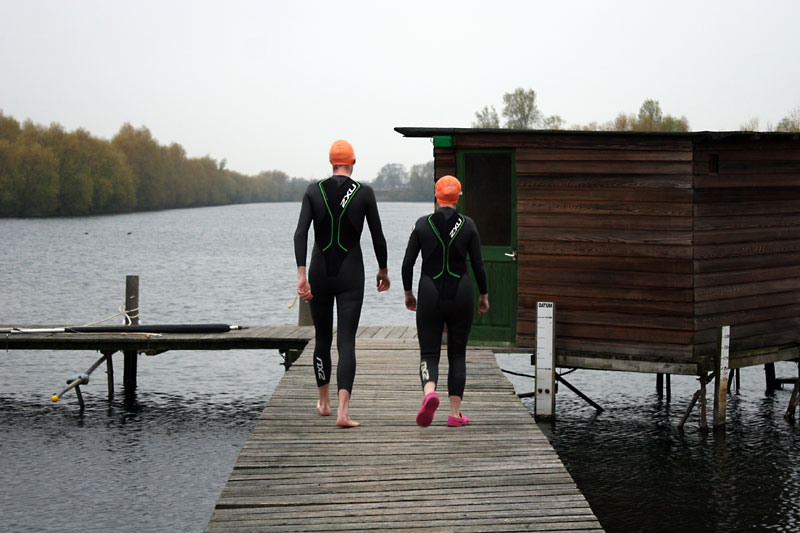 Now, I don’t know what you do on a Saturday morning but today I was up at 5:30am, had a small bowl of porage, packed the car and headed to Kirsty’s to collect her. We then headed to Princes Club to find the man in charge (Glenn) watching over a cold and empty lake. We were there at about 6:20am (remember, this is a Saturday!).

The temperature of the water had apparently been measured at 10.6 degrees - below the minimum of 11 degrees recommended by the British Triathlon Federation - “At temperatures less than 11 degrees celcius it is recommended that no open water swimming take place.”

Well, it was almost 11 degrees (!!) and there was no real wind-chill, and we planned to stay close-by. We duly handed over our money, signed a disclaimer and got ready. 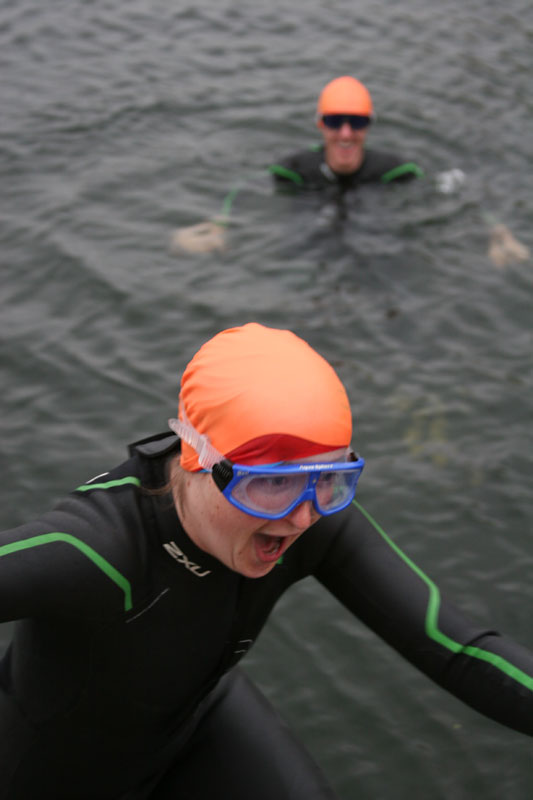 I was first in the water and it truly took the wind out of you - it was ffffff-f-freezing. I wasn’t wearing gloves or neoprene socks - which you aren’t allowed to wear in races anyway - and just had my wetsuit and two rubber swimming-caps on (oh, and my goggles). I was shortly followed in by Kirsty who found it equally as cold and then it was time to get on with the business of swimming.

A small marker buoy was placed around 50 meters or so away so we swam there and back a few times - and each time we were back by the jetty/start area we commented (through the use of extreme swear words) how ‘fresh’ the water was!

After about 20 minutes or so we’d experienced as much as we wanted to so left the water. There’s a small sauna on the jetty which is a nice idea but a hot shower was more in order - so that I could once again regain the feeling in my hands and feet. In fact they were so cold that when I got out of my wetsuit they were red - and you could clearly see a massive change in colour to where my wetsuit had covered me. 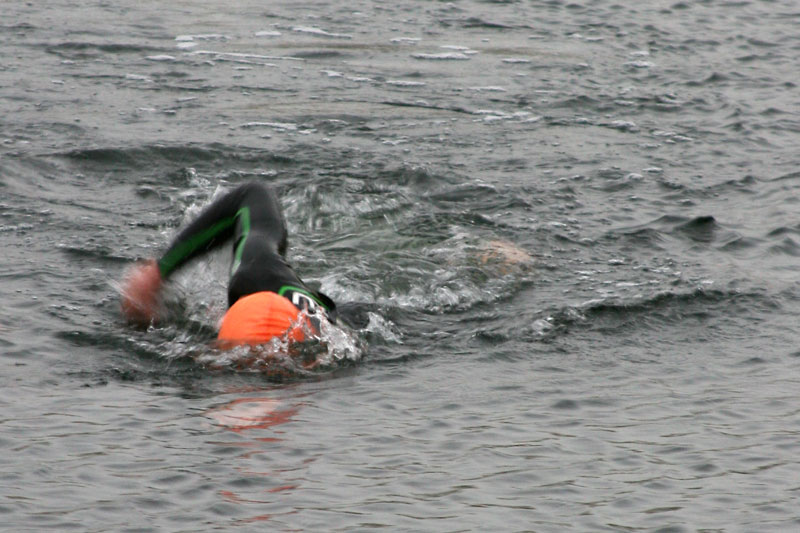 Now, this isn’t all doom and gloom - it was refreshing (that’s one word for it) and I really enjoyed it. So much so that I think it will become a bit of a regular thing for Saturday mornings from now on. I really enjoyed swimming in my wetsuit as I find the buoyancy of it makes swimming so much easier - its just getting used to the cold that I need to master at the moment (oh, and breathing).

You may be asking why on earth we chose to go swimming at 6:30am on a Saturday morning and not leave it till later - well, I’ll tell you - we needed to get showered, changed and back to Teddington for the Bushy Park Time Trial 5k run that starts at 9am!