Monday of this week was a typical British Bank Holiday - rain rain and more rain! After getting up early to support some friends taking part in race 3 of the Thames Turbo Triathlon Series I jumped on the train and headed into central London to watch (and take photos) at the Bupa London 10,000 - a new road running race in central London which takes in part of the proposed route for the 2012 Olympic marathon race.

The weather was terrible - heavy rain and lashing winds, and with part of the course taking in the exposed area of Victoria Embankment (alongside the River Thames) it didn’t look like fun for many of the runners. I found myself a good vantage point on Embankment, was dressed head-to-toe in waterproof clothing and had the camera protected by a decent rain cover - it sure needed it out there. The rain probably explained why about half the entrants didn’t even turn up (12,500 entries and just over 6,000 finishers)! 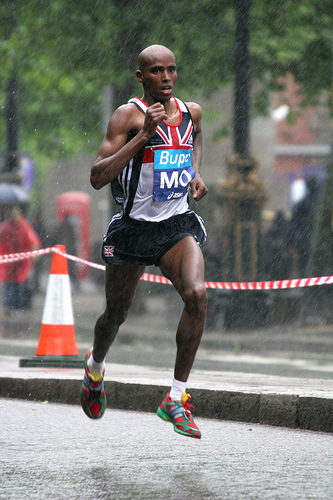 The race was certainly exciting to watch (even though when you’re there the action flies past rather quickly!) and it was good to see Mo Farah stick with the two leading men for most of the race - especially as he’s a 5000m specialist and aiming for that race in Beijing and not the 10,000m distance. 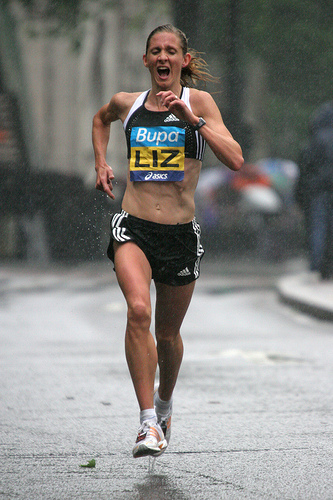 My set of photos can be found at our ‘Rowe Photo’ site, and for the official results (including race reports), head over to london10000.co.uk.