By Sharon on 11 May 2008 ranelagh harriers sharon

So. Last year I didn’t run this race as I had only been running for about 9 months. This year it was meant to be my target race of the Summer season. By my saying “meant to be” you can probably gather that things did not go so well in the run-up. A couple of injuries put paid to my training and out of 8 weeks on my training plan provided by Anna from my running club, I only managed to fully complete one week. So a lack of mileage was always going to mean that my race would never really be a race. Of course, we have been having a heat wave for the past week or so. That added to my woes this morning. The details of the race itself on this blog will be sketchy as to be honest I seem to have blanked most of it out…

Anyway, off to the start. It was already boiling at 8:30am when the race started. Thank goodness it didn’t start at 10am like races often do! We started and I set off faster than I had said I would. My first 7kms were all under 10 min/mile, mostly about 9:30 min/mile. I am getting more experienced at racing but I *always* set out too fast. Especially on what I should have realised was going to be tough day. Danny popped up a couple of times shouting encouragement in these early stages. 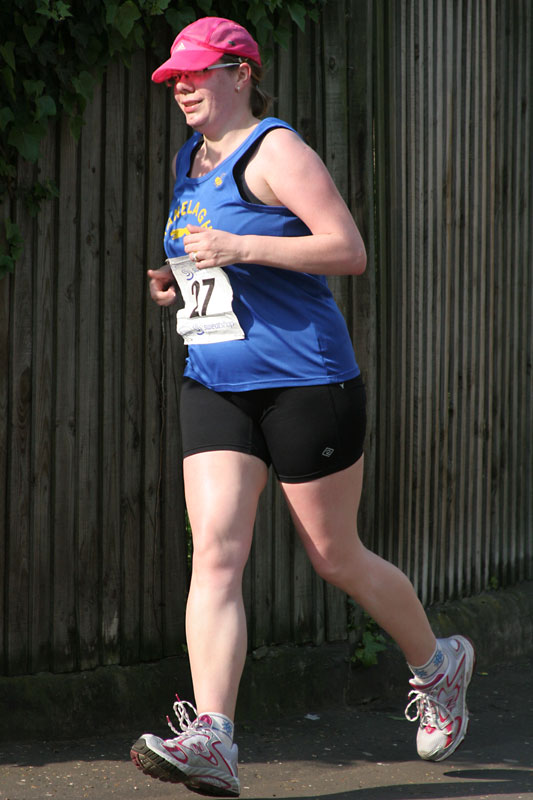 From this point, Kirsty popped up quite often, acting as my very own personal water station. She had finished her marshalling stint and was cycling along the course. She really kept me going. I kept asking if I could stop/walk the rest/give up - of course I wasn’t going to but I had to ask! The funny thing is, despite being so lovely seeing her, I still was in “race” mode - when I don’t like to see people. For some reason, it was even worse today - I couldn’t bear the thought of her seeing me in such a state.

The next few miles ticked off in a very slow way, complete with my walking/”running”. I had lots more support along the way from marshalls I knew and from Sarah who is a fellow Fetchie. Kirsty had already warned her I would tell her to sod off but she wanted to come and say hello and then go again! Finally I reached the top of Riverside Drive. I know this road from training and know it’s the longest mile in the world (!!) - today was no exception. It *was* the longest mile in the world! 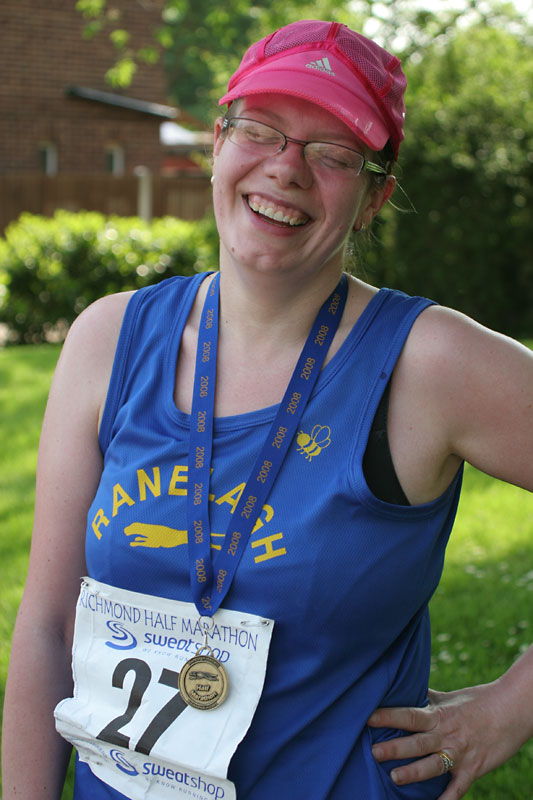 See you on the start line next year, when I hope it will be a better race for me. Thanks to everyone who came out to support/marshall. Thanks also to Anna who has tried to keep me positive in the previous 8 weeks - I hope I won’t let you down so much next time. Here’s to the next Half…this time in Barbados.

A large number of photos that David took during the race can be found at our photography website.