Running with the best of them... 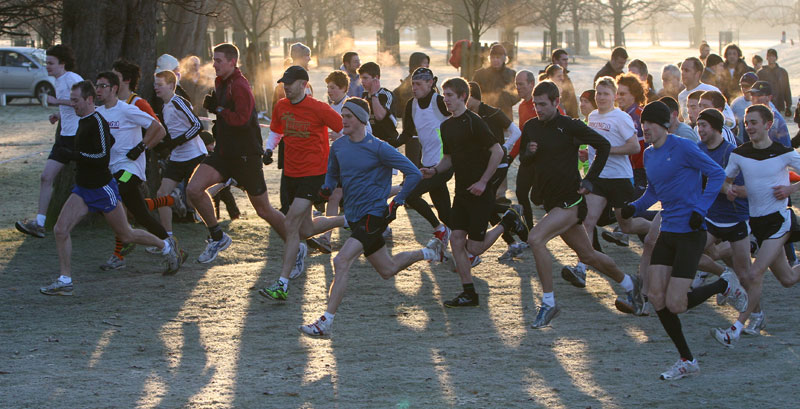 In the first event that I ran there were 158 people taking part and we were privileged to have Craig Mottram (2006 Commonwealth Games 5000m silver medallist), running the race for the first time. As he raced off into the distance it was amazing to see someone so quick running with 150 or so ‘normal folk’. That day in June ‘06 Craig set a new record for Bushy Park (14 minutes exactly) and to this date it remains the fastest Parkrun time.

Fast forward to today, a very cold, crisp January morning and the field assembled at the start of the run was looking pretty big at over 430 runners (all those new year ‘keep fit’ resolutions I guess), but with some seriously fast ones here for a blast on this lovely 5k course.

A group of some of the countries fastest runners decided to come down and give Parkrun a go, with the most notable being Andy Baddeley, who can run a mile in under 3 minutes 50 seconds, and ran in the 1500m final in the 2008 Beijing Olympics. This guy has serious form.

“Andrew Baddeley is Britain’s number 1 1500m runner, an Olympic finalist in Beijing, and a World Championship finalist in Osaka in 2007. The first British athlete to make a World Final for 10 years, Andrew is also a European and Commonwealth finalist from 2006 and has his sights firmly set on Olympic success in 2012 (London).” (www.andrewbaddeley.co.uk)

As soon as the starting signal was made and we were off, these guys (and a couple of really fast women) started to stretch out into the distance. Towards the end of the first long straight (just over 1km) I saw Andy way ahead turning from the grass surface onto the park perimeter path with a good lead. He (and his friends) were just flying. 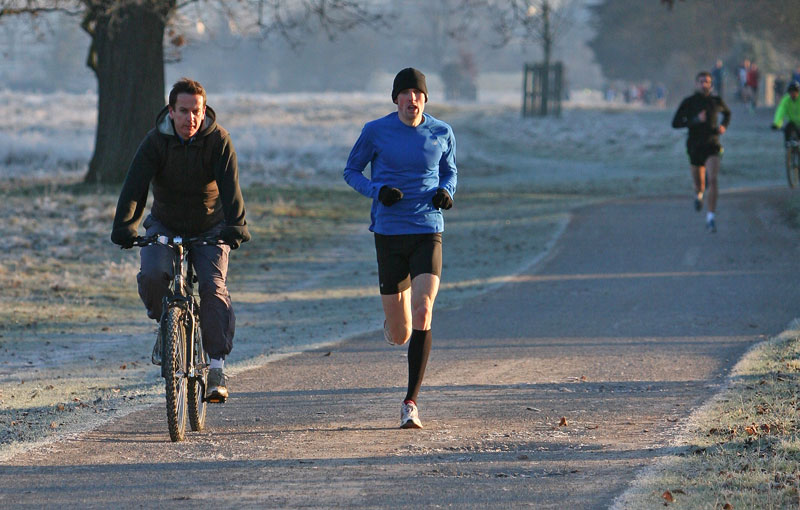 The ladies turnout was also just as impressive - finishing 10th overall in a time of 16:20 was Katrina Wootton, who in 2008 was the 5th fastest 5km road runner in the country (and fastest in her age group). Her time also calculates as the highest age graded run today, at 90.61% and the fourth best age grading of all time at Bushy Park. Brilliant. More importantly her time also beat Sonia O’Sullivans previous female Bushy Park course record (of 16:22) that has stood since June 2005. Additionally, the old record was on a slightly different, and ever so slightly shorter, course.

To get this quality of runners running in the local park, for free on a Saturday morning takes some beating, and it was great to be one of the 413 runners who braved the cold for their weekly Parkrun ‘fix’.

Sharon is feeling a little under the weather so came along to support and take photos which was most appreciated (see a selection from today over at Rowe Photo). More importantly she also bought me a hot chocolate and muffin at the coffee shop afterwards :)