By David on 2 February 2009 david triathlon

Apologies that this isn’t a ‘running’ post, but as I’m in Ironman training (eek) expect to see a few non running posts over the coming months…

So, a couple of months ago I entered a my first cycling “Sportive” ride. The idea is a large number of riders go out and do a long ride just for the hell of it (good training, actually) and its not a race. You do get timed, but the results are not presented in finishing order (I guess a spreadsheet could be your friend here!) and the attraction for me was a chance to ride a good few miles (around 65) somewhere other than the routes I normally ride close to home.

The ‘Hell of Ashdown’ is described on their website as follows:

“The HELL of the ASHDOWN is a toughie. It is the Climbs and Descents that make this Sportive a true test of both stamina and bike handling. The route is hilly and even the many small climbs are strength-sapping, but it is these featured climbs which have given HELL such a fearsome reputation.”

As the day neared the weather forecast worsened - so much so that the ride website put the following message online the day before:

“Snow is NOT forecast - All entries are obviously at the riders own risk and you should check the road conditions prior to commencing the ride.”

Hmn, famous last words I’d say…. I set off with a small group of riders at my allotted start time (so they get a steady stream of the 1000+ riders onto the roads rather than all at once - although I suspect with the weather there were many DNS’s - ‘did not starts’).

About 15 minutes in I saw a number of riders coming in the other direction (which didn’t make sense) and a few were saying ‘we’ve gone the wrong way’. Well, I’d clearly followed a left turn sign but with the number of riders looking confused I turned round and a group of us stopped, looked at the directions we were given and worked out that one of the signs was wrong. We then returned back to the ‘proper’ course, where someone had pulled the incorrect sign off of a wall and thrown it on the ground. Thankfully I had only ‘wasted’ 2.8 miles and 13 minutes. It could have been much worse. Obviously a local ‘scally-wag’ had decided to move one of the signs for a laugh. It was not particularly funny - but I was glad to have found out about it sooner rather than later. I suspect a good 100 or so riders will have gone wrong because of this - maybe more.

Back onto the course it was quite an up and down number as I had expected. Some climbs were pretty long (over a mile) and rather steep (I spent a lot of time in my lowest gear) but none seemed to kill me. My plan was to take it steady, a bit like a regular ‘Sunday’ ride and not overdo it - remember, its not a race. 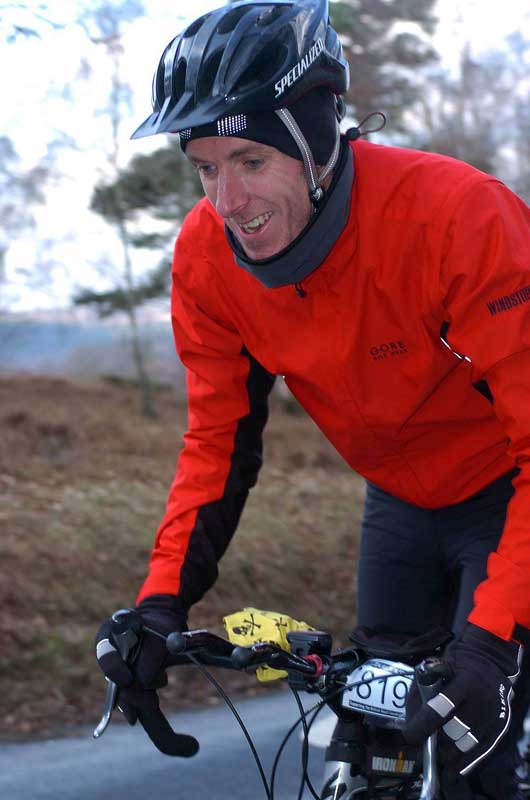 “This daunting climb was considered so hard that the Tour de France gave it a miss when the stage went over the Ashdown in 1994. On the Ordinance Survey map it’s steep enough to warrant a ‘chevron’ on two stretches. Although Kidds Hill is 1.5 miles long you will climb for a total of 2.5 miles to the summit of the Ashdown Forest at King’s Standing.”

It just went on and on. Thankfully at the top was the first of two feed-stations (this was at about 32 miles into the ride). You ride over a timing mat (you have an electronic chip on your bike) and I stopped for a drink (in addition to the gallons of Lucozade Sport I had with me) and a banana, and do to my bit to help water the trees in the forest! I stopped for 5 minutes here.

I then set off and found myself with a couple of other riders, who pretty much stuck together all the way back to the finish. We rode through a couple of snow blizzards - which were rather scary as I couldn’t see a thing and I fortunately didn’t hit any of the hidden potholes in the road. The weather was bizarre. One minute you had blue skies and sunshine, the next minute it was snowing like crazy. The only consistent thing was it was freezing cold and bloody windy!

Downhills were daunting - because of the ever increasing amounts of ice you were always working the brakes, although I did record a maximum speed of 34 miles per hour (that was probably early on before the weather closed in).

It was amusing - I saw a few signs at one stage warning local residents that the Tunbridge Wells Half Marathon was taking place in two weeks time. I ran this race last year and today I’m out here cycling part of the course. That thought took my mind off of the thought of me cycling in the freezing cold. For at least 15 seconds that is! 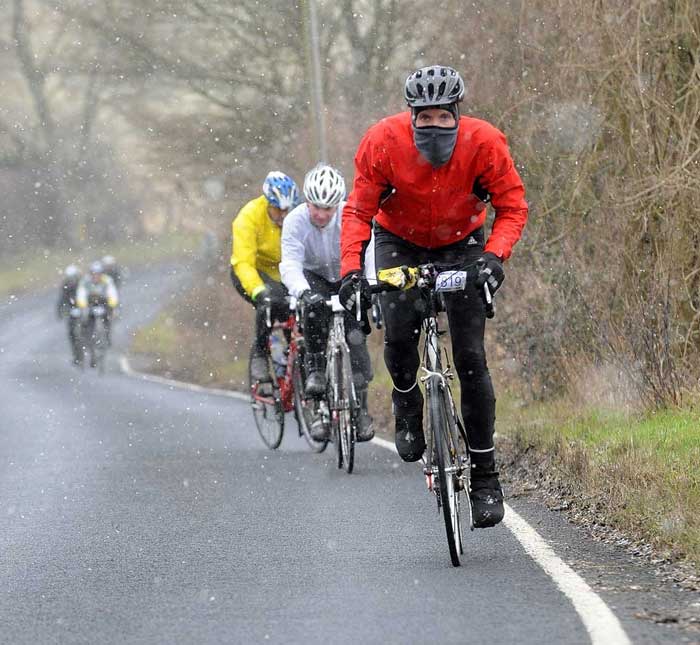 To top this off, my drinks bottles were starting to freeze inside and my copious supply of flapjacks to eat whilst riding (nutrition is so so important) were frozen solid, so I had to put a huge lump in my mouth, then wait for it to warm/soften up before eating it. I had this fear that if I crashed I’d probably get a block of flapjack stuck in my throat!

Four hours and 43 minutes later I crossed the finish line. I headed straight for the car, and almost immediately my phone rang. It was a plea for help from a couple of friends who’d run into an almighty blizzard at the second feed station. I quickly got changed (in the back of the car) and headed off to rescue them. As I drove there the roads were so much worse than when I’d ridden them earlier - they’d really run into some rotten weather and I don’t blame people one bit if they did not finish today. I was fortunate that I missed the worst of the weather.

At one point during the ride someone said to me…. “My wife thinks I’m out on my bike having fun today.”

The marshals on the course were amazing - they stood out at busy road junctions and feed stations in the freezing cold and were always up beat and supportive. I can only hope that they were wearing enough thermal clothing - well done to them. 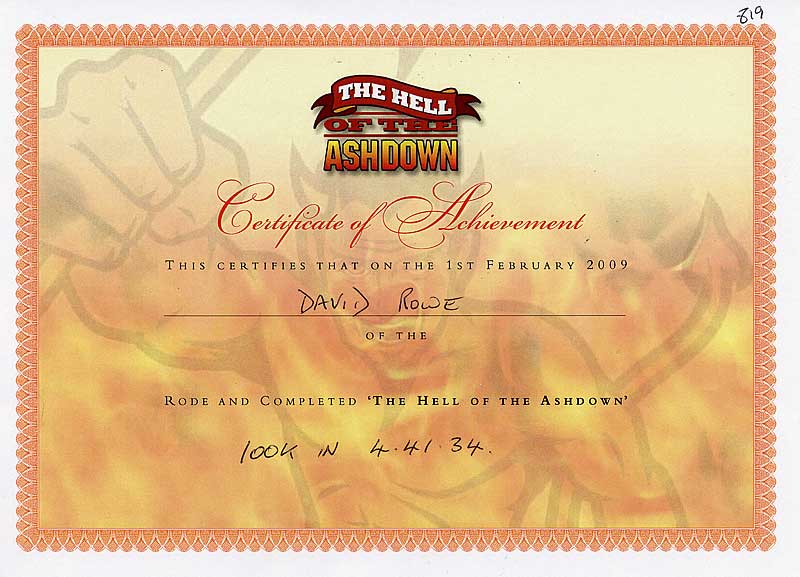 I left home at 7:45am and returned at 6:30pm. During that time I can confirm that Hell had indeed frozen over.