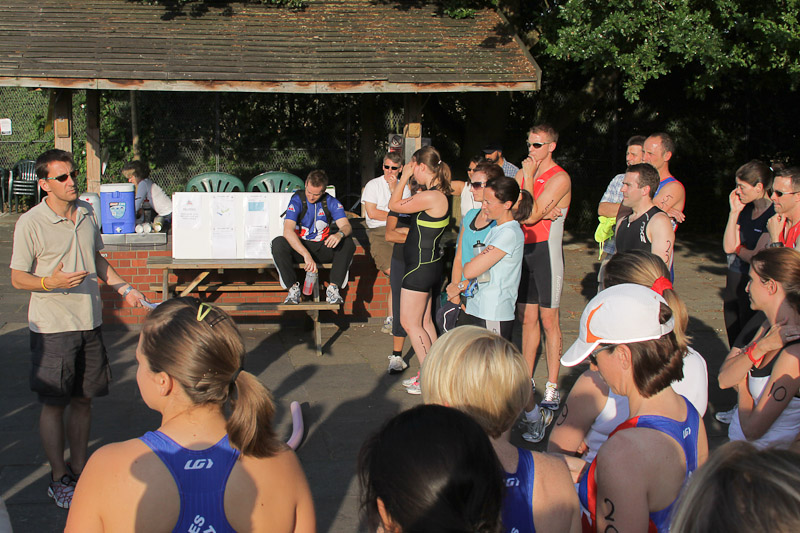 The race briefing at Hampton Pool

This was a little event that a few of us entered back when the nights were long and the weather was cold. The description of the race from the Thames Turbo Triathlon website was as follows:

Mass start 5k run, doing our regular Sprint Race in REVERSE. Starting in Bushy Park and then finishing at the pool, and straight into a 426m Swim, 12 lengths of the pool.

My only plan for this was to run hard and swim hard and see what happens! I arrived at the pool nice and early for registration, and then after a race briefing all the racers headed over to Bushy Park for the 7:30pm start. The weather was perfect - warm sunshine with a little breeze. 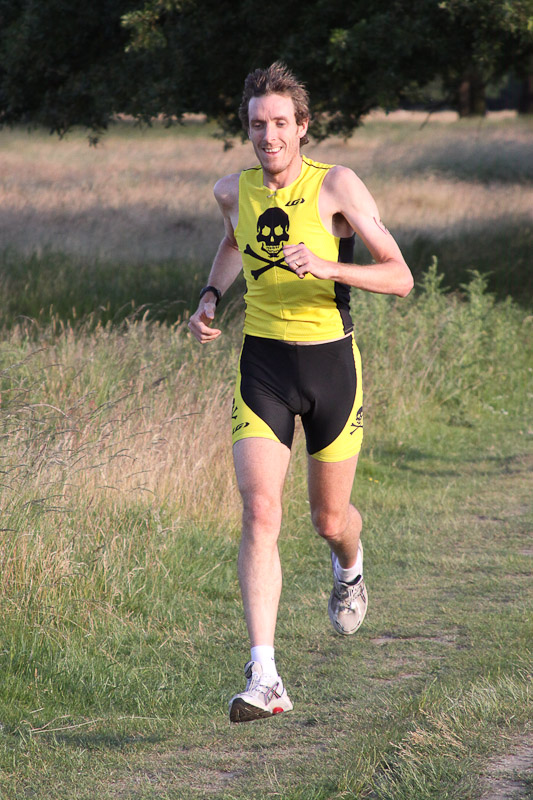 At around the 1k mark.

As the race started quite a few people stormed off ahead of me. I wasn’t wearing a GPS but I’m pretty reasonable at pacing myself over 5k so I left them to it. Over the next 5k I overtook about four or five runners, with one of them saying as I went past him “You’ve paced this much better than me.” Nobody overtook me which I was happy with - that can happen in the pool! I ran hard and was pleased with how it went - the official time was 19:46. Although I felt like I was running faster than that, I guess the clock doesn’t lie, although I’m certain that the course is just over 5k. I was 9th fastest in the run.

The end of the run is right at the entrance to the swimming pool so as soon as I got there I flung my shoes off (elastic laces are great), grabbed my goggles (which I had in the back pocket of my triathlon top) and went straight into the water. What a relief - I was very hot from the run so jumping into a pool was lovely - even though the water felt very warm at the time. 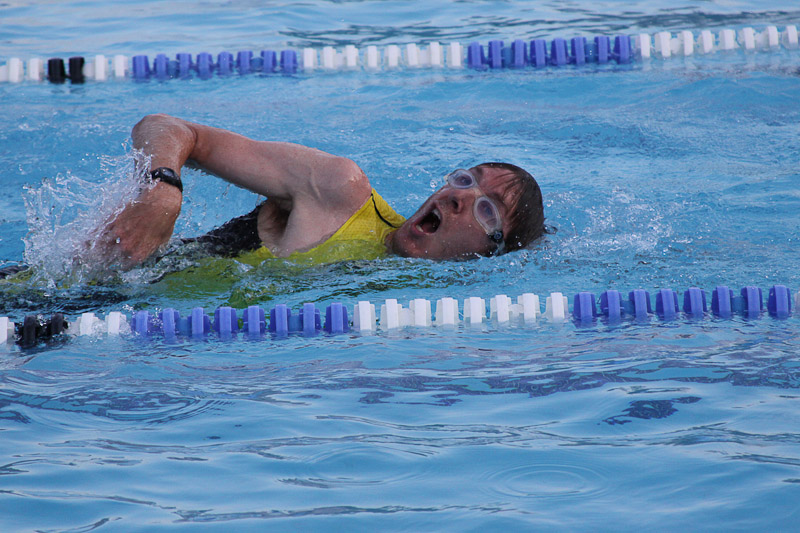 The swim went well - after about one length I was overtaken by one swimmer who just flew past me, and a few lengths later I overtook somebody else. Apart from that the swim was uneventful. I’ve not swum in a pool for a couple of months (been swimming in a lake instead) and it was a nice change - being able to see the bottom and where you’re going was rather novel!

It was hard work in the pool but when you’re swimming hard that’s what its like. I was pleased to reach the end and clock a swim time of 7:40, which was 17th fastest.

Overall my time was 27 minutes and 26 seconds which put me in 8th position overall, which I’m very happy with. With an entry list of just under 100 people there were 60 finishers and one DNF (did not finish). Quite a large number of people didn’t turn up and race which was a shame - especially as the weather was ideal. Out of interest the winning time was 24:52 (19:04 run, 5:48 swim).

Afterwards a few of us headed off to get some dinner and reflect on the race. It was great fun, excellently organised, low key and a lovely way to get a ‘speedy’ training session in. I guess this means I’ll probably do it again next year…

Full results are online at the Thames Turbo Triathlon website and a number of photos (taken by Sharon) are at our photography website.