As I’ve written so much for this race report I thought I’d post it in multiple entries (over a few days), starting with before the race.

If you can’t wait till then and don’t yet know how I did, then very briefly - I did really well and am now an Ironman. You’ll have to wait for the longer report to see how the day panned out. 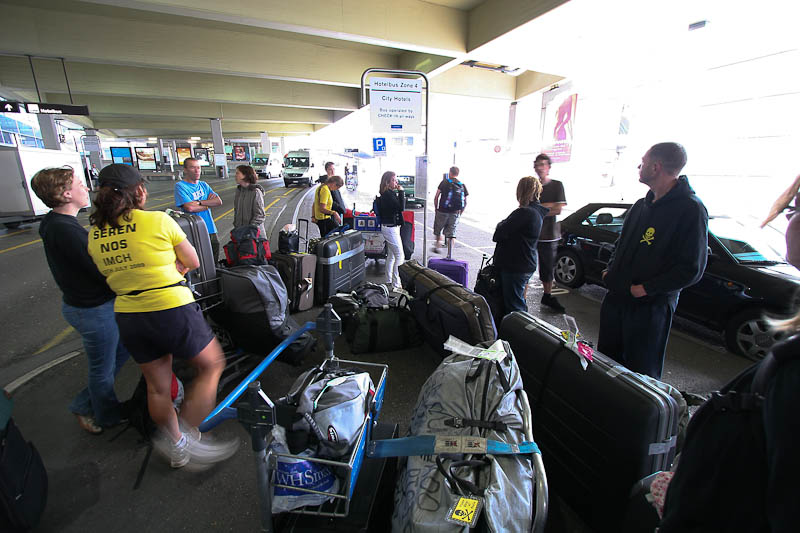 Some of the group waiting for a bus to take us to the Youth Hostel.

After an early start on Thursday (9th July) Sharon and I got to Heathrow Terminal 5 (thanks to a lift from my father), checked in our bag and bicycle and headed off for a great big breakfast with an ever-increasing pirate contingent. After arriving at Zurich most of us caught a ‘shuttle-bus’ into town which dropped us off directly at the Youth Hostel - our home for a few days. 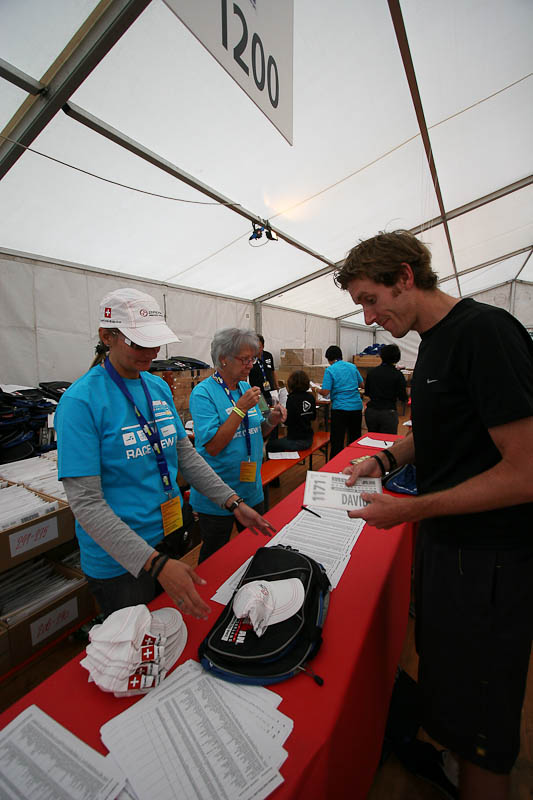 Once we were settled in, my bike pieced back together (and after watching the last hour or so of Thursday’s stage of the Tour de France), we headed to the main Ironman ‘village’ to register. I collected my race numbers (for the bike, helmet, and to wear) and a nice Ironman Switzerland hold-all. En-masse we headed to the local Italian restaurant for dinner. One of the pirates, who I shall call ‘Carl’ was very impressed that the restaurant sold a pizza that they then folded and made it look like a Cornish Pasty. I believe this is called a Calzone!

On Friday morning after breakfast I met up with Stuart and Nicola and the three of us cycled to ‘Heartbreak Hill’ - the most popular climb on the bike course. This is where the crowds really come to the fore as they spill into the road and give you incredible support. I’d seen video clips of the place on YouTube and it looked superb. I couldn’t wait to ride it on Sunday. 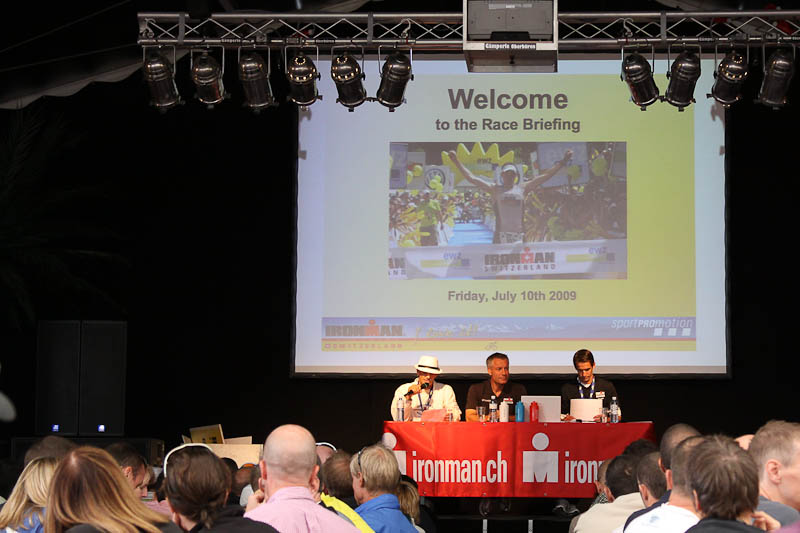 After riding the hill (which wasn’t so bad, fairly short and sweet) we had lunch then made our way to the main race area to attend the race briefing. There were three briefings being held - German, English and French and each lasted just under one hour. The briefing was extremely busy and clearly explained how the race would operate and any special rules. 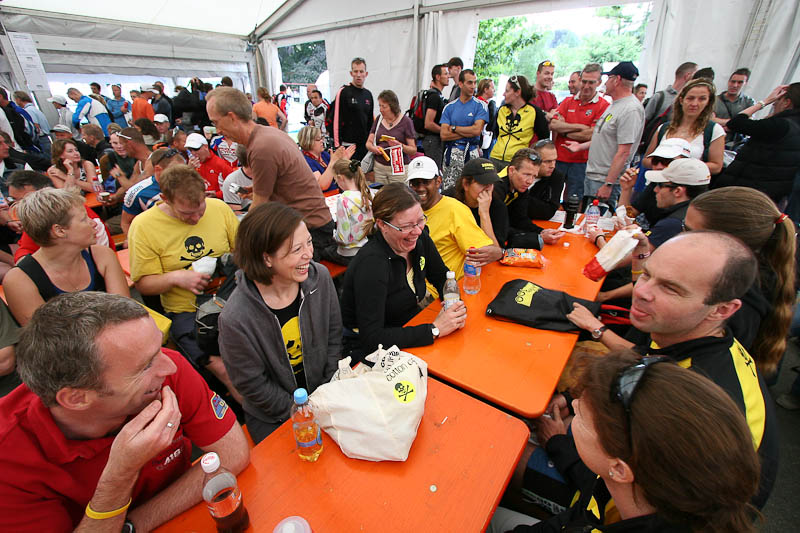 We then went to the lake for a little swim and this confirmed what everyone else had been saying - that the water was extremely clear and a great temperature. In the evening Stuart, Nicola, Sharon and myself headed off on a tram to go to the official Ironman ‘Welcome Party’ - where we got fed and watered (with free beer) and were entertained by an Alpine Horn player (see http://www.alphorn-man.ch for more!) 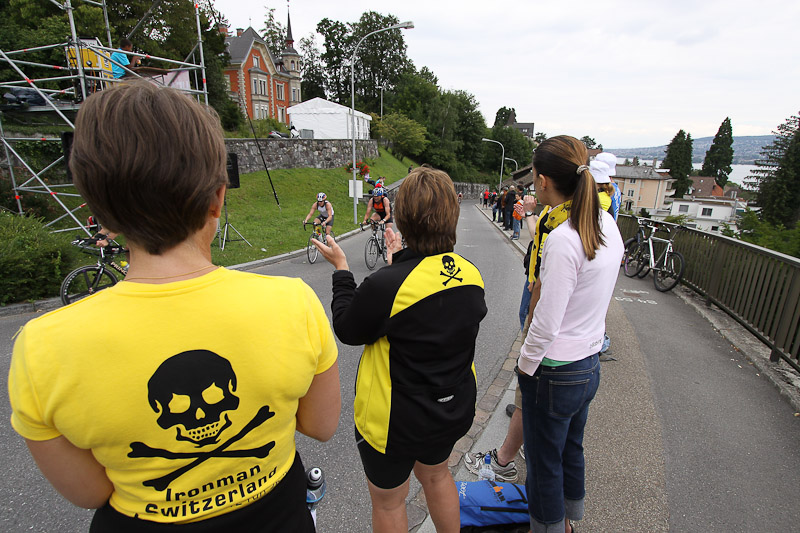 On Saturday morning I headed out on the bike again and rode up Heartbreak Hill. Throughout the day there were a number of shorter ‘Olympic’ distance races being held and I wanted to help support some of the pirates who’d entered this race (rather than foolishly do the full Ironman distance race on Sunday!).

I think the best moment of the Olympic distance race supporting was watching James ‘The Major’ finishing his first ever triathlon. As he headed towards the finish he was ‘super-soaked’ by one of the pirates and it was absolutely hilarious. Even better, I got a superb photo of it! 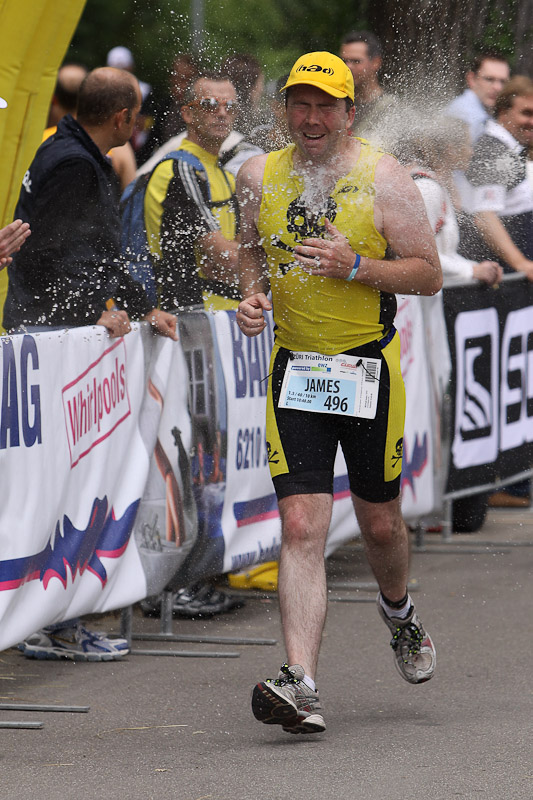 The ‘Major’ gets a soaking!

After supporting for a few hours I returned to the youth hostel and prepared everything for Sunday. Early evening I headed to the race site to rack my bike in preparation for Sunday. All bikes need to be ‘checked in’ on Saturday evening. An early dinner of pasta (yet again) and I was all set. We went to bed about 10pm and set the alarm for 4am.