“The Page Cup was first competed for in 1884, having been presented to the Club by W.C.Page. Unfortunately this trophy was stolen with others in 1976, and was never recovered. The present trophy was purchased with the insurance money, and engraved with the names of all past winners.”

I knew this was going to be tough - as I’d run a personal best time at Bushy parkrun in the morning (first time under 18 minutes - yay!) so the odds were highly against me and my tired legs.

Preparation for the run involved a (horrible) sandwich from M&S, and a snooze whilst reading the papers in Teddington Library! 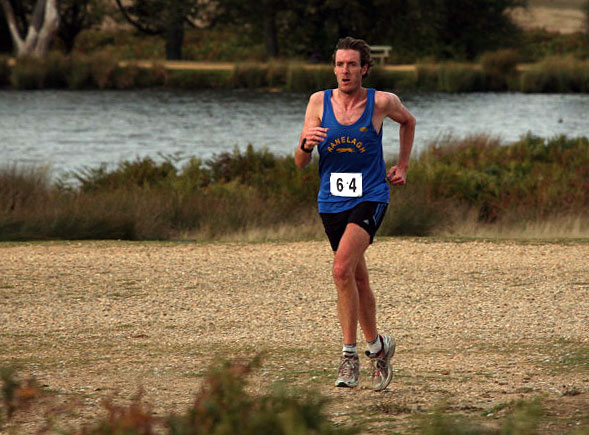 This was a handicap race meaning that everyone starts at different times based on the ‘handicappers’ calculations. I started quite late on (as I’m one of the faster runners) and had a lot of work to do. I ran hard and steady and knew that this 5 mile race was not going to be easy. It was blowing a gale (at least it seemed like it in places) and in the end turned out to be a fairly uneventful run.

In the first three miles I probably overtook two people (and was overtaken by three or four) and then towards the end I got past a few others.

The first half the race is mostly downhill - at least that’s why my fast mile splits early on looked good - but they soon got worse as we headed towards the (uphill) finish.

As we approached the line there was a group of about three runners just ahead of me - one of them being Roger W., who’s the father of Luke W., he who beat me to the line at Bushy parkrun earlier in the day. I wasn’t ready for a double bashing by the Wilson family so put in a final kick to just edge past him at the finish.

I’d run the same course once before (in the form of the 2007 Coad Cup where I ran it in 32:20 - so I’m very happy with today’s run being quicker considering the strong wind and my parkrun efforts this morning.