By David on 16 May 2010 david ranelagh harriers

So here we are, down by the seaside at the only road running race that is firmly in the calendar. Waking up bright and early to a sunny day was welcome, but the building breeze wasn’t! Then again, this is what happens most years at the Bognor Prom 10k - there’s a fresh westerly wind that’s right in your face for the entire second half of the race! This is one of the things just makes the race what it is, but I’d dearly love for a year when it doesn’t happen!

I decided to walk/run the 2.4 miles to the start as a warm-up and arrived at around 10:15am in readyness for the 10:30 start. I lined up in position, dumped my sports drink and got ready for the off. The ‘elite’ guys were at the front and I kept myself a good few rows behind. Speaking of people at the front, there were a couple of chaps with long shorts, football socks, polo shirts and well groomed hair - the type of runner who I wasn’t expecting to see there. I wonder if they’re any good….?

My plan leading up for today was to aim for a sub-40 minute time, and run at around 6:20 miling pace. Over the past few years my garmin has always measured the course longer than 6.21 miles so I’d planned to run based on a slightly longer distance. This would hopefully get me to the finish in about 39:45 give or take a few seconds. The only problem today was the wind - which would be hitting me firmly in the face for the last 4.5km. I chose to pace myself evenly throughout and just push harder to maintain pace in the second half - a plan that worked well last year. 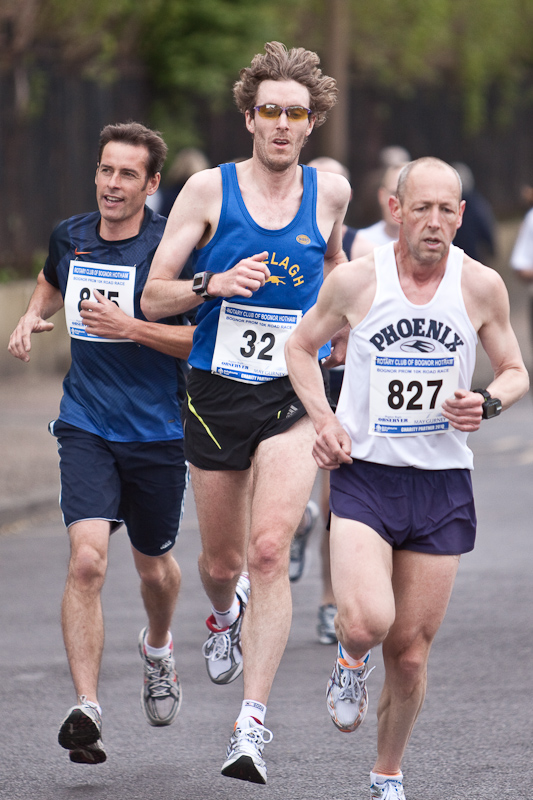 As per usual plenty of people overtook me in the first km - I was happy to leave them to it - I was sure I’d see a few of them later! 1km marker in 3:52, 2km marker in 8:08 (OK, that marker must have been wrong but ho hum). I plodded on, with the wind behind me for the first 3 miles or so. At about 3.5km I heard Sharon cheering me on (but didn’t see her!).

Just after 4k I saw the first casualty of poor pacing - one of the ‘chavs’ I saw at the start was walking and not looking great. Ooops! At about 4.5k I ran past my mum who was marshalling and then I went through the 5k mark at about 19:50. Good stuff. I knew things were going to get tougher when we headed up onto the promenade but I can handle that - surely.

As I headed up onto the promenade thats when the wind hit me. Looking at the weather stats from Felpham Sailing Club (where we run past) it was blowing about 15.5 knots (that’s over 17.5 mph), pretty much directly in my face! Lovely. This was time to work on some drafting. There were a few people dotted around and I took advantage and slowly moved up the field - one at a time. 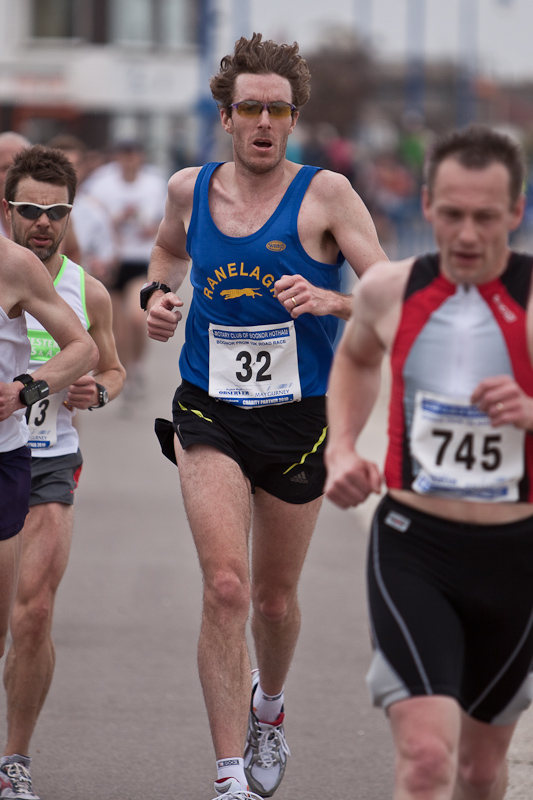 I saw Sharon again at about 6.5k where she was with my dad, who was also marshalling and this time I saw her, and heard the shout of ‘run strong.’ I stuck with it and clearly had to push much harder than during the first half of the race. I found myself running in a small group (about four or five of us) and we worked a little bit together in the strong breeze.

A guy in a brown tee-shirt was running strong with us and pulled away. I stuck behind him as much as I could until the final few hundred metres when he pulled away. At this point I’d also pulled away from the small group of runners that I was with and battled through to the finish. It was hard work but I really pushed all the way to the finish.

As I hit the line the clock was a few seconds under 40 minutes and my chip time was 39:53. Excellent. I also found out from the results that I was 32nd overall, out of 1,446 finishers.

After finishing I grabbed some water and then set off on the 2 mile run back to meet Sharon. Heading towards the finishing straight was one of the guys who started at the front and set off far too quickly - he was stood still and bending over in pain. Oops ;)

Almost all of this run back to Sharon was running against the flow of runners still racing and every few seconds I heard calls of “you’re going the wrong way mate” or “now you’re just making us feel bad.” I did my best to support and clap the runners still out there battling into the headwind.

So, as this race is over for another year I have to say I’m very happy with how it went. My training for it has been non-existant (my only real speed training has been semi-regular 5km parkruns and apart from that lots of cycling and a few longer runs). However, I did what I wanted to do and I can only hope that in 2011 I get closer to my 10km personal best of 38:54.

Sharon didn’t run today as she’s slowly getting back into running again after hurting her back at work earlier in the year. Instead she was on full camera duties and did a great job :)