That was the weekend that was...

By David on 10 May 2010 david parkrun triathlon

After a miserable winter with lots of snow, ice (and a few weekends away) my bike training has been far from ideal. Work seems to have got right in the way with me working mostly away from home with the only weekday cycling being a gym bike. Because of this I’ve only been getting on my road bike at weekends and weather and other plans often get in the way.

The last few weeks I’ve decided to make amends (starting with some better tyres for the horrific road surfaces I’ve been riding on - not getting punctures every ride really does help with morale!).

Looking at my long bike rides over the past two months, things are starting to look consistent…

This past weekend I planned a big load of cycling. I’m not following any kind of training plan other than cycle a lot, build up running as if I’m marathon training (i.e., build up to some 20 mile runs) and swim in between all of that! I’d entered an 85 miles sportive bike ride in West Sussex, not too far from my parents house. As Sharon was working all weekend my plan was as follows…

Saturday started with a visit to Princes Club - where I did most of my swimming last year. Lets just say the water was very, er, ‘fresh’, at 7:30am on a cold rainy morning. I swam about 2km and it wasn’t great. I’m clearly slower than last year but I’m sure it’ll come back to me in a few weeks time. 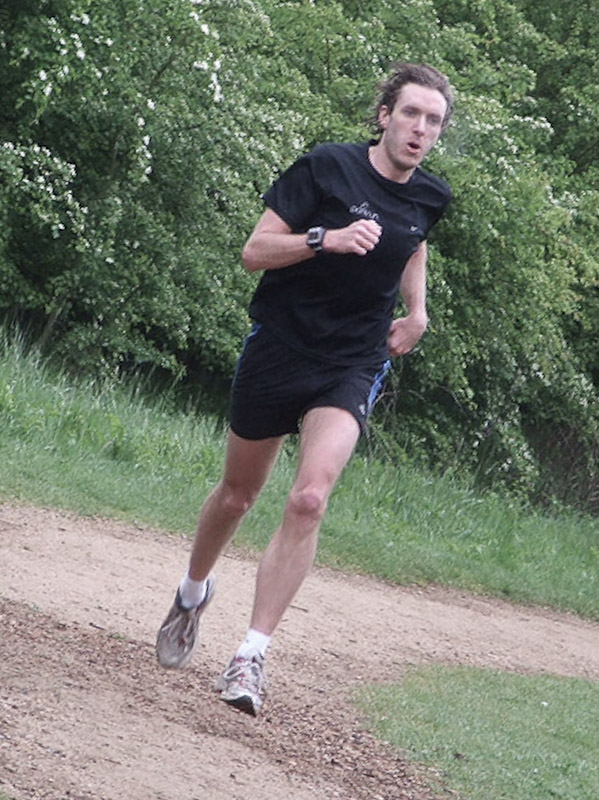 At the end of the first lap. Credit: Kath

After the swim I headed over the road to the Bedfont Lakes parkrun. I’ve not run this since June last year and it was good to be back there. After a little warm up a large group of us set off. I found myself in about fifth place early on and by about 2.5km I was in third. I ran hard and hung on and finished in 18:58, which is my fastest parkrun time in six months. Things seem to be getting back on track again with the running (even if I’m heavier than I was this time last year - a downside of months living in a hotel during the week!).

Come Sunday morning I wasn’t overly in the mood for another long bike ride but sometimes you just have to get on with these things. My father drove me to the start of the sportive (the Duncton Sunday Sportive) and shortly after 8:30am I set off. The condition of some of the roads was pretty horrific, and there was very little flat riding - it was all up, down, up, down throughout. Although there was plenty of opportunities to get into ‘chain gangs’ of riders - which would allow the workload to be shared amongst a group of riders through drafting I purposely avoided these groups. Come race day I will be doing an individual 112 mile time trial with no drafting - so I didn’t want to have an easy ride of it today. 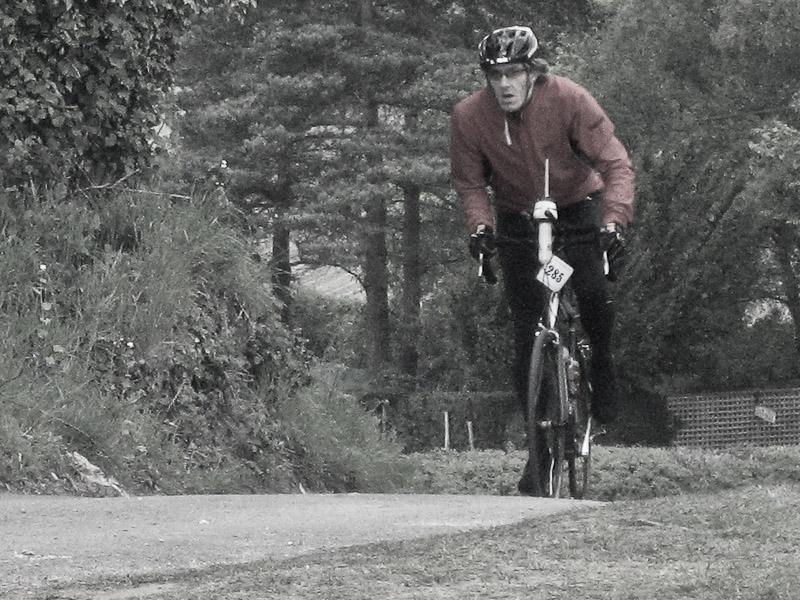 The final climb - less than 50m to the finish.

There were a few really nasty hills and after about 50 miles I was really feeling tired and worn out from the past few days of exercise. The last 7 miles or so I cycled mostly alongside another chap and it was good to have some company near by. We both pushed each other which got us to the finish sooner. As I headed up the final short climb to the finish it was great to be met by my parents who gave me a lift home. If I had to I could have ridden the final 20 miles home but boy I was glad to finish at this point.

The total distance clocked on was 86.49 miles with an average speed of 16.7mph. Ride time was 5 hours 10 minutes according to my GPS and the total duration was 5 hours 17. These seven minutes consisted of two fuel-stops and a ‘comfort’ break.

I’ve been doing a few calculations on the published results and after removing the 10 riders who somehow rode at around 40-50 mp/h for the last 20 miles (i.e., impossible) of the 163 finishers I was 40th fastest. To see how I progressed throughout the ride in comparison to others I worked out my position at each of the feed stations. At the first one (after 34.5 miles) I was 42nd. Looking solely at the second segment (from 34.5 to 65 miles) I was 43rd, and in the final 20 miles I was 34th - so although I was finding it incredibly tough, there were plenty of others who found it tougher! This is all good reading for me, especially when I know that I rode every mile on my own and not in any of the groups of riders who worked together. Remember…. Iron rusts… Ironmen don’t!

Adding things up, the past seven days I’ve ridden 172 miles on the bike, a record amount for me by some way, and during the weekend I rode just shy of 147 miles. That, in my eyes, is a big bike weekend.

I now plan a few easier days as I prepare for a 10k run this coming Sunday. I’ll get another 60/70 miles on the bike before then though.