Brighton Marathon 2011 - Not my greatest day!

If you’ve not read my pre-race post then please feel free to do so. Now onto race day…. 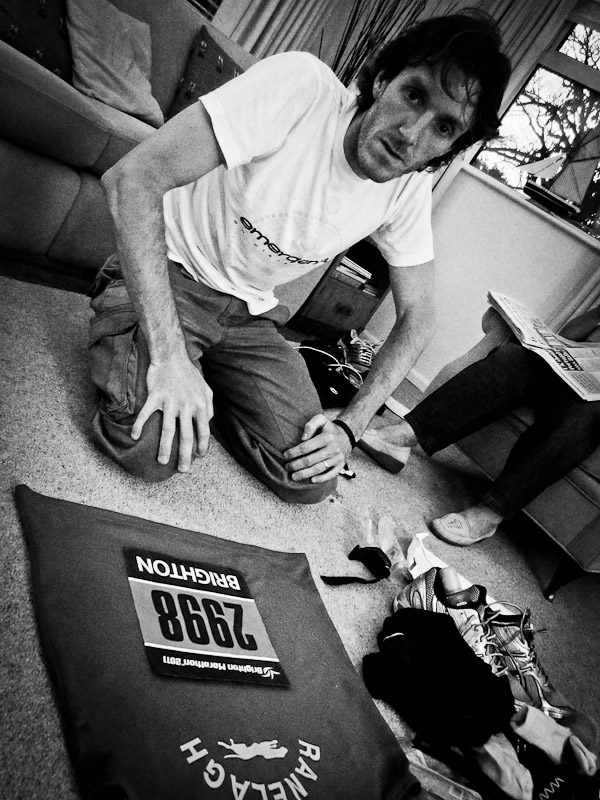 5:30am wake up followed by coffee and porridge. We were staying at my parents house on Saturday night (about 45 minutes drive from Brighton) which was nice but I have to say that they’re not quite familiar with the do’s and don’ts of races. Firstly I was offered fresh seafood for lunch on Saturday and then asked if I could help my father move a large sofa from storage a little distance from home to their new extension. Dodgy food and anything that could injure you or pull the wrong muscle is not good day-before preparation. I declined on both counts.

We arrived early in Brighton and were fortunate enough to be invited round to a friends house who was also running the marathon and just so happened to live about 10 minutes walk from the start. Brilliant. That meant fresh coffee and no pre-race portaloo visits. Result. I was also able to leave his house at 8:35am and be in the starting pen at 8:45 - ready for the 9am start. 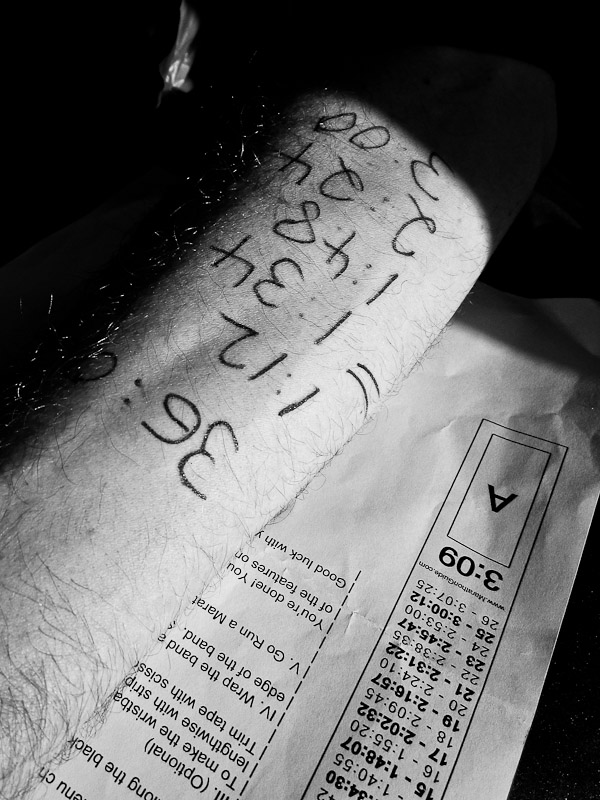 The weather was going to be on the warm side, that’s for sure (20ish degrees). A light wind with clear blue skies. The sunshine and heat wasn’t of any concern to me. I’ve run in much much hotter weather both in training (not recently I might add!) and also during the marathon run at Challenge Roth in Germany last summer (where I ran 3:35 after a little swim and bike ride ;). I was happy with all my pre-race nutrition and liquids and was ready to run a steady 3:09. From a ‘pacing band’ that I’d printed out I wrote on my arm the main splits I needed (5, 10, 13.1, 20, 25 miles).

As the starting gun went it was only about 10 seconds before I crossed the line. The first couple of miles were pretty busy but it soon got quieter. With the first half of the race being rather ‘lumpy’ I was anticipating running up to two minutes slower during the first half, but with a pancake flat second half I’d be able to make up time with a good ‘negative split.’

The first few miles were actually fairly speedy, and I hit five miles bang on target - 36 minutes. This was time for my first energy gel (well, my second as I’d had one about 30 minutes before the start). At around eight miles I could feel that my quads were really starting to hurt. Somewhat similar to how they hurt after my ‘easy’ 13.5 miler on Monday of this past week (they were still hurting on Friday). This did not particularly bode well!!

My heart rate was also messing around with me - much higher than I would ever expect it to be based on effort. 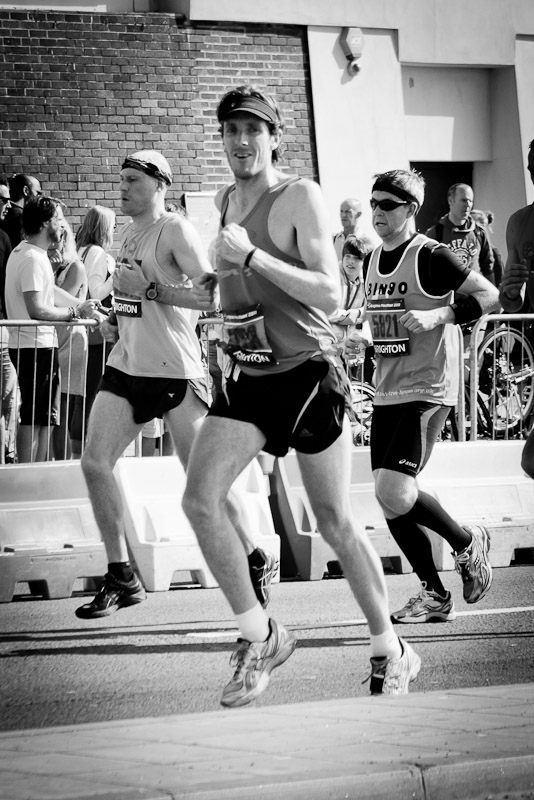 I ran close to the 3:10 pacer for the first 10 miles or so although my quads started giving me real grief at about 8 miles. I soldiered on. Hit the halfway mark bang on target (about 1:34:15) and deep down hoped that the flat second half would allow me to fight round the last 13 miles! Oh how I was wrong.

Miles 16-20 were a nightmare as my splits got worse and worse and my heart rate went up and up. As I hit 20 miles I’d waved goodbye to my target and had to resort to a run walk strategy - something I’d never done before in a marathon (not even during Ironman). I just wanted to get round at this point - the race I wanted wasn’t going to happen and I didn’t want to kill myself - I just wanted to finish in a respectable time.

It was hard hard work and my legs were hurting almost as much whether I walked or ran. After walking for 2-3 minutes I tried to run and occasionally I could run more than a 3 or 4 minutes at once! At around 23 miles after the 3:20 pacer came past I was able to run more and walk less. I say run in the loosest sense there!

At around 25.5 miles I saw Sharon and Kirsty (who knew things weren’t good after seeing the 3:10 and 3:20 pacers run past) so I was happy to stop very briefly to let them know that I was fine. I ran to the finish from here alongside a chap from Wimbledon Windmilers - we had both had a bloody tough day.

As for my time, I came in at 3:25:37 which although is way off of my target I’m fairly happy with it considering the conditions and how I felt during the last 16 miles (for info my standalone marathon personal best is 3:19:46 at London in 2009).Many people would kill for a time like that. I was 358th out of 7817 finishers - the last finisher came home in 9 hours 8 minutes 54 seconds!

I saw a lot of people struggling round near me and as for the 3:10 pacer - I saw quite a few people fall off of back of the group (it was about 25 people strong early on) and he was spotted running with one or two other runners about half a mile from the finish. I’m not sure what the usual drop-out rate is but this doesn’t look good. Unfortunately I don’t know how many actual starters there were this year or last.

The support was absolutely fantastic. The marshals/volunteers top notch and this is a brilliant race to run. I’ve got some unfinished business here!

Tough day at the office, that’s for sure. A sub 3:10 time is in me, I know it. I just have to be able to deliver the time I deserve on race day. That’s the tough bit! It will happen.