The off-season... by no choice of my own

At the end of the racing season I often ease off a little to recharge the batteries and think about what I need to do to get quicker. For me this process is pretty simple - train more and that includes swimming as well as cycling/running. After completing the Outlaw Ironman distance event at the beginning of July I eased off a little ready to get back into it with full force in September and October in preparation for the Ballbuster Duathlon. I’d never done the event before, heard it was really tough and thought it would be a great way to kick start the winter months. The plan was for this to be a good solid benchmark and to then settle into some busy winter training in advance of the fun in store next year.

We went on holiday to Turkey at the start of September where I did lots of cycling, a little running, swimming and plenty of windsurfing/sailing. 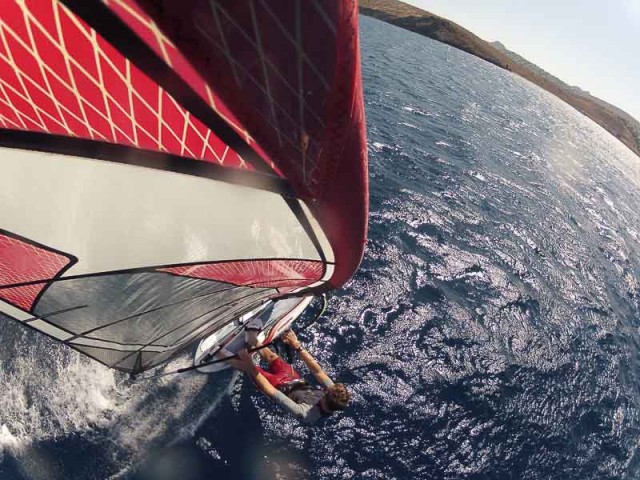 About a week after our return to the UK I had an opportunity to go windsurfing in some rathertesting conditionsin the cooler waters of the English Channel and whilst outI managed to fall heavily onto the boom (the big thing you hold onto). Apart from initially knocking the wind out of me it bloody hurt. A lot. I was convinced I’d bruised/cracked/broken a rib.

The next few days were unbelievable uncomfortable and since then (nearly seven weeks have passed) it’s healing very very slowly. I’ve been seen by a specialist (someone in uniform who works at a hospital!) who confirmed my understanding that there’s no point x-raying the area as there’s nothing they can do. I was never short of breath or struggling to breathe following the injury - it’s just been really painful.

I’ve been very reluctant to do any real exercise - other than walking and a couple of easy rides on my indoor training bike a few days after the accident to see if it hurt (it did). Apart from walking and those two easy bike tests I have done absolutely no exercise for nearly seven weeks now. All I know is that rib injuries sometimes heal in three or four weeks, sometimes six and sometimes more. I’m clearly in the ‘more’ camp.

Although out of action I’ve been watching/supporting at events (I missed out on running the Cabbage Patch 10 mile race last month - an event I’d run each year for the past six years but went along and cheered friends on) and have volunteered at a number of parkrun events.

I’m optimistic that I’ll be able to resume running sometime in December (I’ll be taking part in the Christmas Day parkrun at Bushy Park - that’s for sure) and want to get back on my mountain bike for some work commuting before then. I then hope to slowly build things back up to proper levels of training as I’ve got a busy plan for at least the first half of next year.