Friday I woke up at about 1am. Please no! Thankfully I managed to fall asleep and woke up just before 6. That’s better. Brewed up some 100% Kona Coffee and got myself ready for a swim down at the pier.

I headed down to the pier. Parked in a public car park about 3 minutes walk away. At the pier there’s a sort of storage rack for swim kit. It’s not secure or anything but it was full of bags/towels/shoes etc. at 7:15am. People were arriving all the time. It’ll be amazing to see the whole place transform nearer race week.

I put my gear on a shelf and headed into the water. There was a little sand on the beach showing as the tide was dropping and I strolled into the ocean for my first swim. I couldn’t believe it - I’m here. This is the beach where the race starts. Yes, that race. The biggest Ironman race in the world - Kona. I was like a child on Christmas Day. Oh, and the water was a lovely temperature. So much nicer than the apparently heated outdoor pool back home in Richmond that I’ve swum in recently! 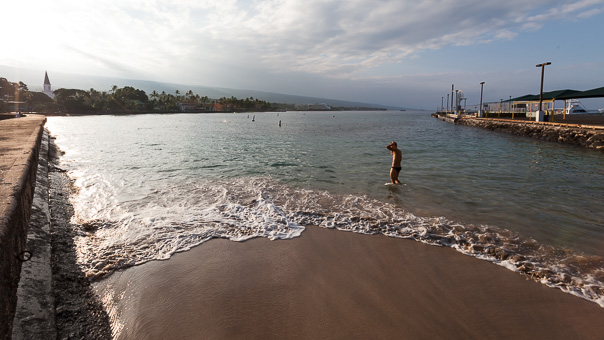 Goggles on, swim cap on - my Ironman UK swim cap of course - as that’s what got me here in the first place (the pirate swim cap will come out another day!) and then I started swimming. It was like a big fish tank. The water was pretty clear - not crystal clear but plenty clear enough. There were fish all around and it was pretty salty and with a bit of a swell. Nothing unpleasant though. Conditions seemed fine.

Heading out I found myself swimming at a similar speed to a chap and after about 750m we both stopped as we’d seen something special - a pod of dolphins! I first saw them swimming near me and then stopped to see what was going on. There were maybe 10-20 of them. About 20-50 feet from me. I couldn’t believe it. It was an amazing sight.

Sharon and I swam with dolphins last year in New Zealand and we were covered in a super thick neoprene wetsuits and hats. Today it was just my swim shorts in the lovely warm ocean. A world of difference. It was like swimming in a giant fish tank!

After about a minute or so they swum past in the direction of the shore. I chatted a bit to the guy who was swimming near me and we agreed to swim together and head out to the 1.2 mile turnaround mark. He’d lead the way as he was a regular swimmer here.

We steadily swam out (mostly parallel to the shore) and stopped a few times to try and spot the orange turnaround buoy. It was really hard to spot - partly as its pretty small, and secondly because there was a bit of a swell this morning. When we got to the buoy we stopped for a few seconds to see which way we were drifting with the tide - thankfully in the direction we came from - meaning that the swim back should be a little quicker.

On the way back I saw a manta-ray swim beneath me! I couldn’t believe it. This was amazing.

Oh, and when we got near the 750m mark the dolphins were back. When I stopped to look there were a group of women who said the dolphins had been following me! At one point there were two of them no more than 10 feet from me. Wow.

I headed back to the beach, said thanks to my ‘guide’ and returned back to the condo for breakfast. A nice 2.4 mile swim in the ocean was a lovely way to start the day.

Shortly before lunch I decided to head out on the bike again. I thought I’d go a little further than Thursdays 20 mile ride and see how my foot holds up. I headed out to the Queen K highway and pedalled… And pedalled some more.

After a few miles I saw a signpost that said Kawaihae (27 miles). Well… I don’t think there’s anything between where I was and there. I had enough drink to get me there so thought why not! My foot felt fine after yesterdays ride so lets give it a bigger test.

It was like riding with a warm hairdryer blowing on you! Really warm. I made sure I had plenty to drink (I had three large drinks bottles with me on the bike). As I headed north up the coast the strange thing was the winds. I’ve heard all about the cross-winds in the Ironman race and today was what I’d call a great introduction. At one point the headwinds were crazy. Then they were cross winds. You really really had to concentrate to stay pointing in the right direction!

A couple of hours after leaving ‘home’ I found myself in Kawaihae. I stopped at a garage and bought some food, a bottle of coke and enough sports drink to refill my three bottles. I relaxed for a bit and then looked forwards to a bit of a tailwind for the ride back. 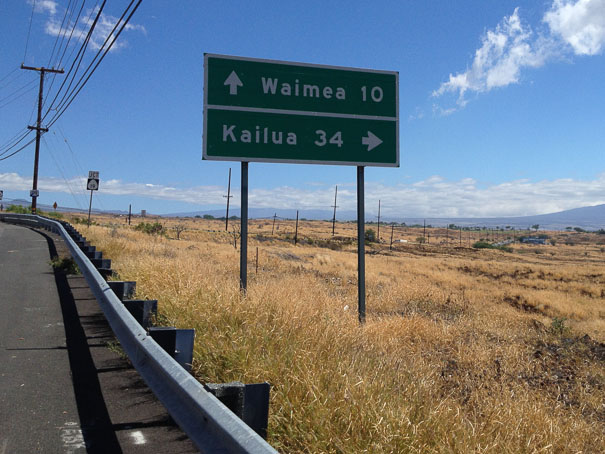 Oh, how wrong was I! The ride back was bloody hard work. My energy levels were just shot to bits - I’ve lost a lot of bike fitness over the past few weeks - to be expected. I think on top of this the heat and the wind (which decided to become headwinds!!) was tiring me out. I stopped for a breather a couple of times and then there was a point about 20 miles from home where there was a ‘scenic’ lookout. Well, it was more like a little car park beside the highway. I stopped here for about 5 or 10 minutes and in return for taking a photo of some tourists, they took a photo of me. 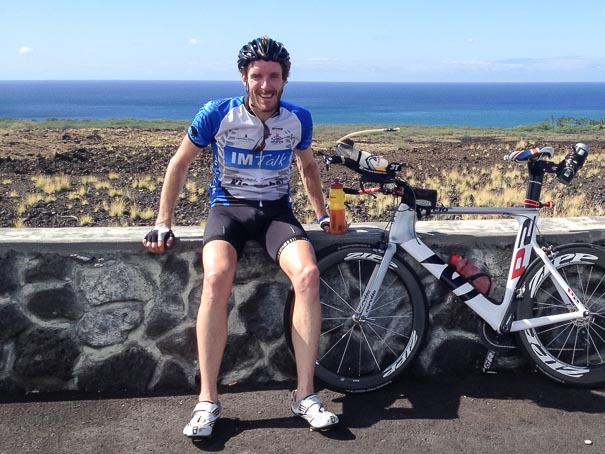 Back on the bike, into more headwinds and mostly gentle undulations in the highway and I found myself back in familiar surroundings - pretty much from the airport back to town. I eventually got back home after just over 4 hours of pedalling (the entire ride was 4:52 long) and just over 73 miles ridden - my longest ride in a month. Awesome. My foot felt fine (well, no worse than normal) and I treated myself to a lovely big home-made smoothie and a splash in the swimming pool. Bliss.

The sun was slowly starting to set so I got the camera, walked the 30 seconds to the oceanfront and got a few photos. 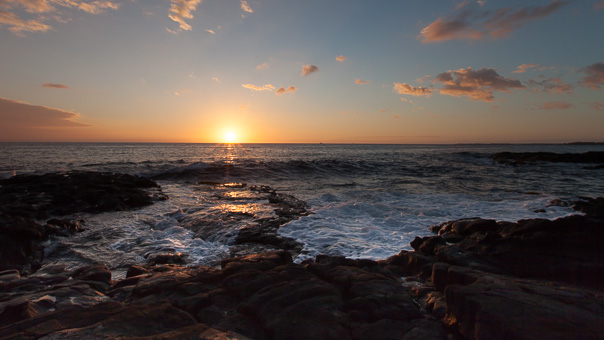 What a day. Went to bed about 10pm. Jet-lag. Where are you? No doubt waiting for me when we get back to the UK.