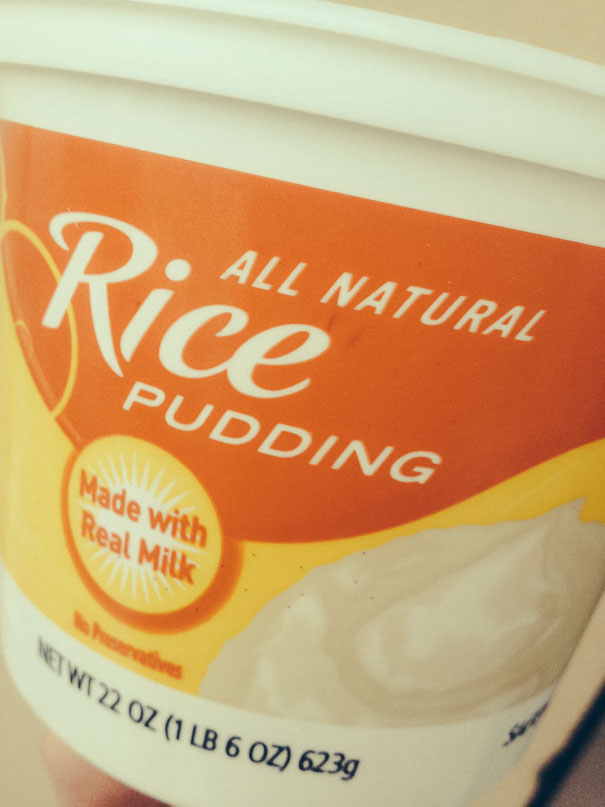 After last nights pre-race dinner practice this morning it was time for breakfast practice. We found a big tub of ‘rice pudding in the supermarket the other day so I gave that a go. It was lovely. That’s it - race day breakfast is sorted!

I then sorted out my bike for todays ride (stacked up with drinks bottles, energy gels and bars) and headed to Lava Java to meet up with Declan. He lives about three miles away from us in West London but I had to travel round the other side of the world to go for a bike ride with him! What the….

As I pulled up he was finishing off his breakfast and at the same time I bumped into James and Elaine. Elaine races in ‘pirate’ kit like myself and (also like myself) qualified at Ironman UK. It’s always good to see a couple of friendly faces. They arrived last night and were doing what everyone needs to do on the first day or so - swim in the ocean and go to Lava Java. That’s just what you do round here!

Declan and I eventually set off in the direction of Hawi (about 55 miles north of Kona). We stopped at Kawaihae for a drinks refill and then headed up to Hawi. He planned to push hard on the climb. We agreed to meet at the top. 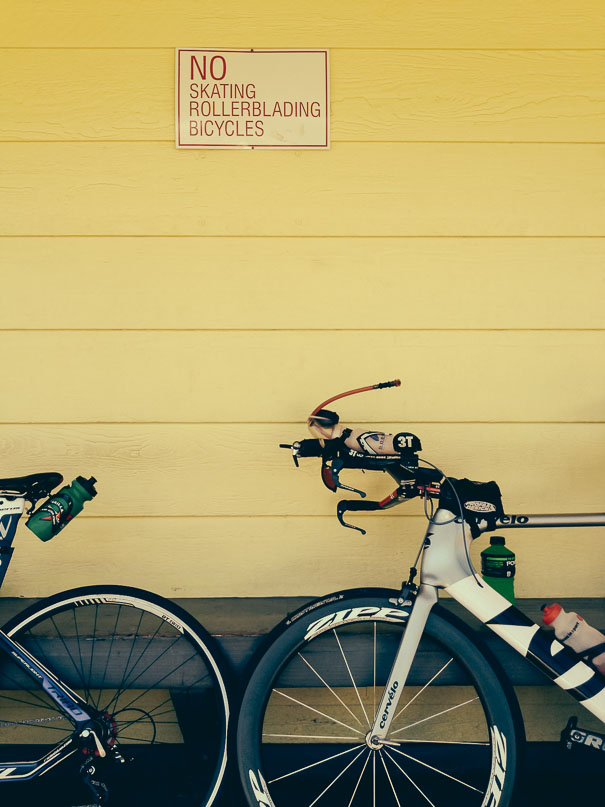 Conditions were pretty favourable this morning. Not much wind in the first 35 miles or so to Kawaihae and then on the climb to Hawi it was actually pretty pleasant for about 12 miles. I kept close to Declan until six miles to go. He seemed to step it up a bit and I watched him slowly drift away. Not too far though, only a couple of hundred metres I guess. The wind was pretty strong but not gusty or trying to knock you over! All good stuff.

When we got to Hawi we stopped at the Tropical Dreams Ice Cream shop. Strangely enough I resisted the ice cream and went for a fruit smoothie and a can of coke!

Just before you ask… there’s no photo of the smoothie, that’s a cup of ice!

We pushed fairly hard back down to Kawaihae where we stopped again but this time I went for a coconut ‘shave ice’ drink as a side to some sports drinks. These drinks are a bit like ‘slush puppie’ drinks in the UK but not! According to wikipedia…

Shaving produces a very fine ice that appears snow-like. This extremely fine texture causes syrups added to it to be absorbed by the ice rather than simply surrounding. A properly made shave ice product rarely requires a straw, since the flavours are in the ice and not at the bottom of the cup. Although the traditional American flavours are common, shave ice in Hawai’i is often flavoured with local ingredients such as guava, pineapple, coconut cream, passion fruit, li hing mui, lychee, kiwi fruit and mango. 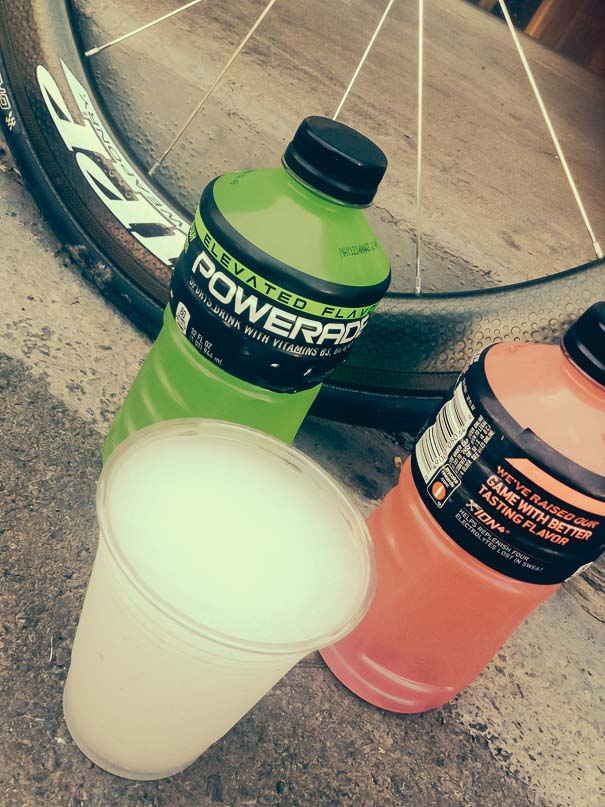 I went for coconut flavour and it was amazing. Yes, amazing! I’ve read about shave ice drinks in the guidebook we have but not had one until now. Oh boy I’ve been missing out big time!

OK… back on the road again. The sun was shining and Declans GPS (which measures temperature) said it was 36 degrees (or 97 fahrenheit). It was warm out there, that’s for sure. We decided to make a little detour on the way back, and about 25 miles from Kona we stopped at the posh shopping area on Waikoloa Beach Drive and bought some fried chicken (and another coke). This was an excellent lunch choice!

After necking the drink and food (no time for idle chit chat this time) we made the final push for home.

The final miles of the Queen K are a bit of a drag and I’m going to have to really concentrate on race day to keep my speed/power up during this section and try not to fall off the pace. In ten days time it’ll be just a final push back to Kona before I get to go for a little run. How nice does that sound?

So, todays ride clocked up at just over 108 miles. That’s my last big ride before the big day. I’m now going to cut right back on the bike rides. I’ll still get out on the bike often, but for nowhere near as long. I think this is what they call tapering (Wikipedia describes it as… ‘the practice of reducing exercise in the days just before an important competition’) - although to be honest with my dodgy foot I’ve been tapering between finishing Ironman UK and two weeks ago!

When I got back there was time to jump in the pool for a little refreshing dip (and a fruit smoothie hand delivered to me in the pool by my lovely wife) and then we got ourselves ready to go out for a bite to eat.