It’s strange to be writing about my hurting feet when I’ve not yet written my race report and said why/how I think they’re hurting. Very briefly I have a couple of little blisters on the sole of my left foot, but boy are they painful.

This was to be a bit of a well deserved lazy old day. Well, I had to start writing Sunday’s blog and make an attempt to catch up on the many comments that I’d had on Facebook. I’ve not caught up at all so will be testing out how far back I can scroll on Facebook/Twitter soon.

A leisurely late breakfast and that was pretty much it for the morning. We did decided to drag ourselves into Kona for some lunch. By now, 36 hours after the finish of the race you would not have a single clue that the Ironman World Championship had just been held. A cruise ship was anchored a little way from the pier and cars were happily driving up and down Ali’i Drive. So so bizarre. I’ve seen the place transform before the race and now transform back.

We had a lovely lunch (there were a few people swimming from the pier) and after a quick supermarket stop came home for a bit more rest.

During the past day or so my lower legs and ankles have been swelling up nicely - I believe the term for it is ‘cankles.’ I picked this definition up from urbandictionary.com…

A sight common among the morbidly obese. The point at which one is so obese that there is no thinning of the leg between the calf and the ankle, which creates a sense of fusion between the two. Consequently “Cankle” comes from the fusion of CAlf and aNKLE. “Good god look at the cankles on that fat lady!” 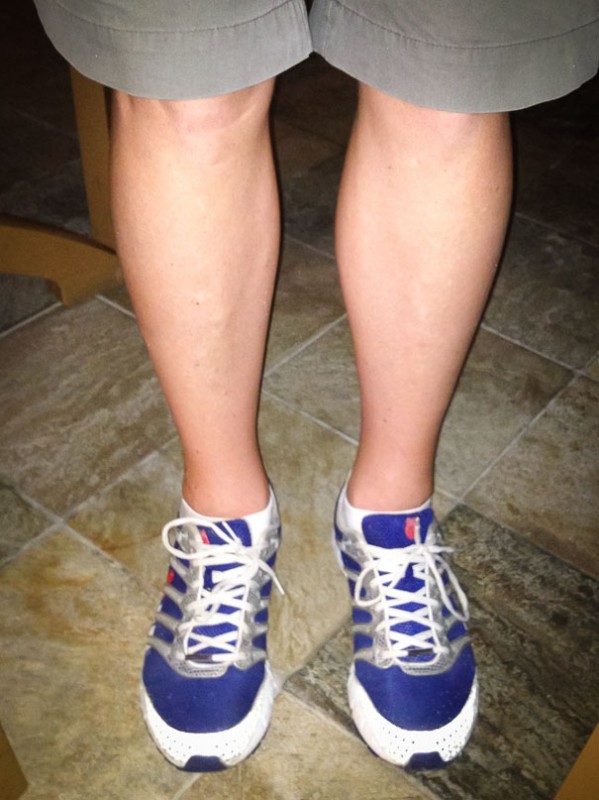 We didn’t do much else in the afternoon until later on when we headed into town. We stopped at Lava Java and met up with a few others. I didn’t feel hungry but managed to scoff down a rather large burger and chips. 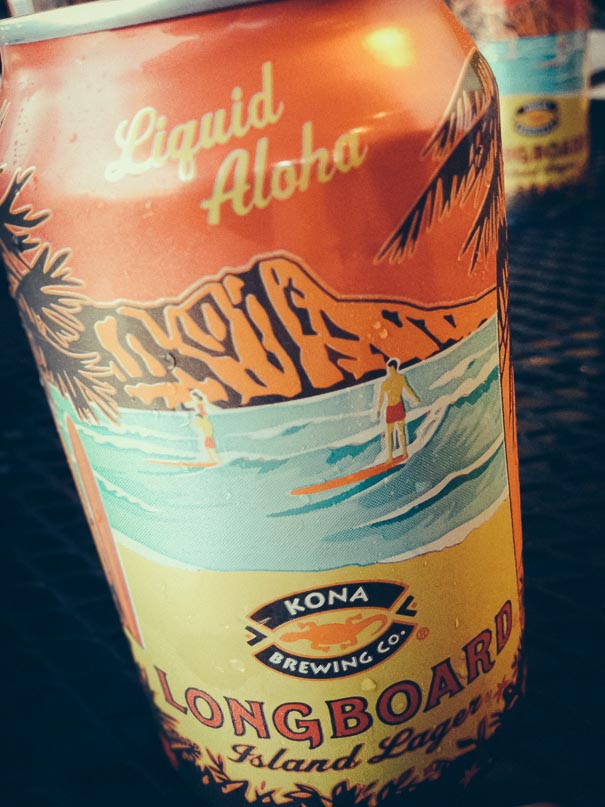 Tonights sunset was superb. Absolutely fantastic. When the locals as well as the tourists stop their cars to take photos it must be a good-un. 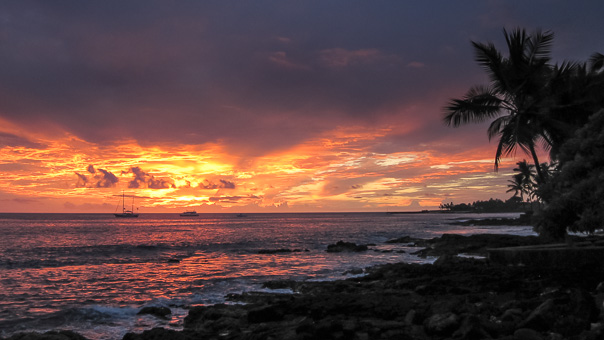 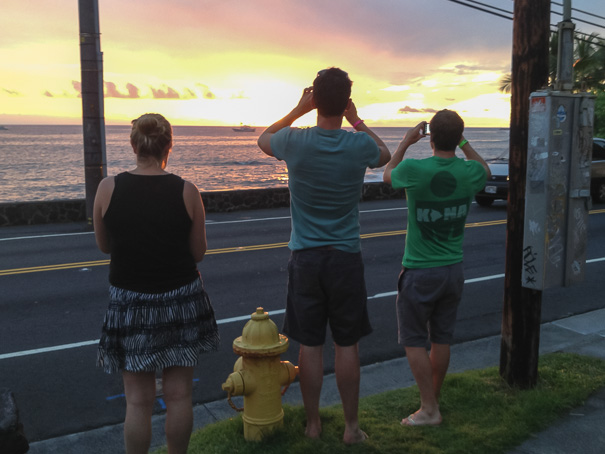 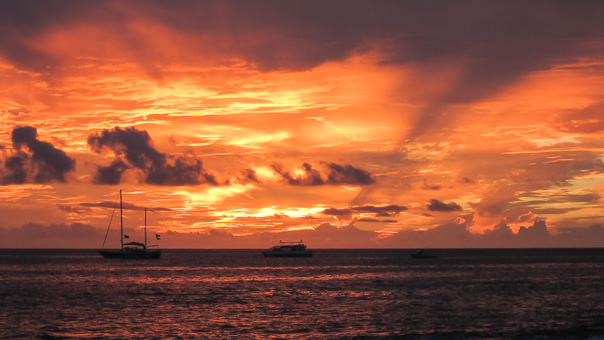 We then strolled down to the Kona Inn (which is beautiful inside, a great place for a drink or meal) to meet up with Team Freespeed who were having a bit of a meal before some of them headed home that evening. We shared laughs, hugs, handshakes and of course via the beauty of smartphones that ‘comedy gold’ photo of me from triathlete.com in my trunks!

We kept on drinking and chatting, comparing our swollen feet and listening to Paul, the ‘driest man in showbiz’ telling us a few stories from his repertoire. He does a great impression of a drunken Faris al Sultan. Ask him about it.

We also somehow agreed to meet up at a beach at 8am on Tuesday for a bit of a swim/snorkel. When we went to bed Sharon asked me what time the alarm was set for. When I said 5:45am she was not overly impressed.

I responded something like “I’ve only missed one sunrise since I’ve been here and I’m not going to miss another!”