By David on 19 February 2014 david triathlon

So, it’s still the off season for me. At least that’s the excuse I’m using at the moment. This year has got off to a fairly slow start - I’m in no real rush as I’m not racing until late June (Ironman France if you’re wondering) so just trying to get back into consistent training again.

At the end of 2013 I was able to run again with no pain in my left foot (well, it was August when it got hurt so four months was a good period for it to get itself healed - even though it did get a bit of a battering in October in Hawaii). The trouble is, the pain then moved to my right foot. After a couple of parkruns in December I was getting pain in my right lower leg (calf/shin). I eased right off running - I think the problem appeared due to running ‘fast’ - well, fast for me together with subconsciously running differently to protect my left foot after the woes of Autumn 2013.

Whilst cutting down on run volume I decided to get more consistent on the turbo training. After being forced to turbo in August/September last year I’ve grown to strangely enjoy it. Rather than hole myself up in the garden shed (which is ridiculously small) I’ve now upgraded my environment to the living room. It’s really quite enjoyable. My motivation for the turbo is to try and catch up with TV shows on our Sky+ box. I’ve been watching all the biathlon world cup events (I love this sport, and not just because it ends in ‘iathlon’) on Eurosport and now there’s plenty of winter olympics stuff to record and watch later. Nothing beats a good game of curling on the TV when you’re trying to smash out a 10 minute hard effort on the turbo!

So, I’m trying to tick over on the turbo a fair bit. I’m not riding outside much as it seems to be either icy, wet or windy and when it’s none of those then the roads are often littered with debris! Having said that I did go out for a lovely ride with a few of the Black Line London mob a couple of weeks ago. We found a few puddles in the roads (read: huge floods) and I managed to get a pinch-flat puncture when cycling through a pothole that was under about 10 inches of water. I also did a little cyclo-cross to avoid a much deeper flood near Whitedown Hill but the reward for all of this work was a fantastic slice of victoria sponge at the Box Hill cafe (oh, and the joy of wringing the flood water out of my socks when I got home!). 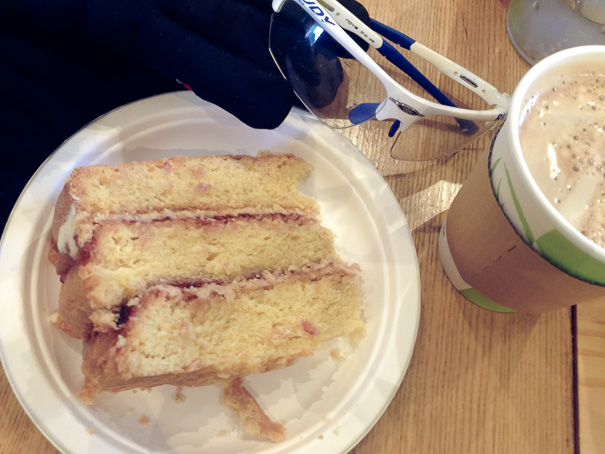 Right now my cycling is all about consistency. Just getting regular miles in, whether they are indoors or out. I’m getting the occasional long (50+ miles) ride in which is good.

Swim-wise I’ve fared pretty well and trying to keep up some form of regular swims. I’m doing a weekly swim with the excellent squad in Richmond and then getting a session in on my own. This only equates to about 5km or so per week but I’m happy with that.

Running seems to fluctuate a lot. One week I’ll do 3.1 miles (oh, that’ll be a 5k parkrun then) and other weeks I’ll just go past 20 miles. I’m not running fast - I’m just taking it steady to try and tell my right leg to get better. I think it is.

This is a good thing as I’ve got an entry for the London Marathon in April. Ideally I’d be doing 17/18 mile runs right now (my longest so far this year is about 10) but with a bit of luck I’ll build up the long run miles over the next few weeks. I’m looking forward to getting a few more miles in as I’ve got lots of podcasts to catch up on and long runs is pretty much the only time I listen to them.

Finally here’s a little ‘selfie’ that I took last week when visiting my parents who live by the seaside. The photo was taken on a wet miserable and very windy morning, but it was oh so refreshing. 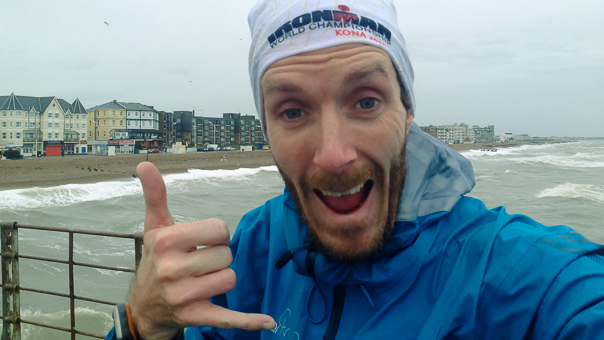