Had it not been for my fantastic day at Ironman Wales in September 2014 I very much doubt that I would be doing an Ironman race this year. I’m happy that I’m only going to be doing one Ironman in 2015 - Hawaii. I love the events but the racing is tough - real tough and I’m not a huge fan of going into a pain cave for so long! I think I’ll be able to manage it in Kona mind you! 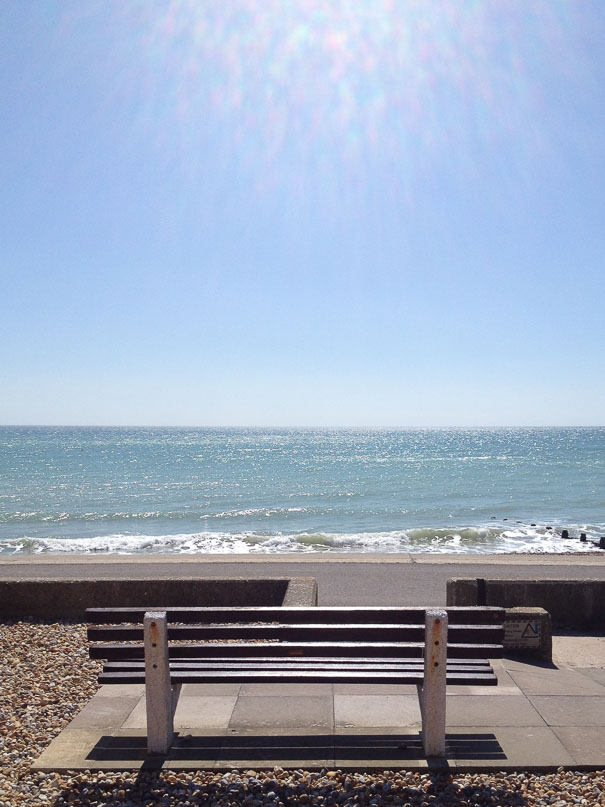 Home Sweet Home (not the bench, just the general area!)

In addition to knowing the pain of Ironman, I’m loving living down by the coast and just enjoying living here in our lovely home by the sea. Sometimes I’d rather be doing stuff around the house, walking along the promenade or going out windsurfing than putting in hours on the bike.

So where am I training wise…

At the end of November for no reason whatsoever my left ankle started hurting. Not where I had my suspected stress fracture in 2013, but right in the ankle joint. I decided to lay off of the running for almost all of December (well, I had to do Christmas Day parkrun didn’t I). It made no difference whatsoever.

Come January things weren’t much better. I could run slowly with no real trouble but if I pushed hard on a run then my ankle would hurt. It would then take up to a couple of days to go back to normal. ‘Normal’ in my terms means that I can feel that it’s not right, but it’s not causing too much of a problem!

I got frustrated by the lack of progress so in February saw my GP. Who got an x-ray of my ankle and foot. This all came back clear and I’ve just seen a podiatrist who’s referred me to a physio. Right now I’m happy to run a little (somewhere between about 3 and 10 miles a week!), and not very fast. I’ve got plenty of time to get some speed back in my legs - but only when my ankle shows decent signs of getting better…

A few weeks ago Iran just over 12 miles. Prior to that my last run of that distance or more was Ironman Wales in September 2014. And before that I ran just over 15 miles in mid-August last year. As you can see I’ve not been running much! Some weeks my only running is at parkrun.

I do have an entry for the 2015 London Marathon at the end of April. Sometimes I think about jogging round slowly, and other times I think I’ll just not do it for fear of causing more damage. The decision has been made to not run the race. I do love the London Marathon but I don’t have a hope in hell of getting a ‘Good For Age’ qualifying time (and have more chance of screwing up my entire year by running it) so I think I’ll step back from marathons for a bit and go chase a fast time at another marathon in a year or two.

I avoided riding outside for pretty much the entire winter and have really been enjoying regular training on the turbo trainer at home. I’ve got myself a pretty reasonable pain-cave/turbo-dungeon setup in our new house (well, we’ve been here 11 months and it was built in 1931, but it’s new to us!) where I can catch up on the hours of biathlon racing (ski-ing and shooting) that I’ve been recording over the past few months. I’m now starting to come out of hibernation and am looking forward to exploring the hills of the South Downs National Park some more.

Swim-wise - let’s just not go there. At all. I’m not swim fit. At all. I’m hoping that as the sea warms up then I’ll make use of having a fantastic open water swimming venue (the English Channel) less than two minutes walk from out front door. I swam a few times in the sea last year and seeing as though my main race this year will be a sea swim (ok, it’ll be slightly warmer) then getting some more experience in the sea will be a good thing.

So, training wise things are going slowly. I think I’ve got some reasonable bike fitness at the moment (which will get a test next weekend when I plan to cycle round the Isle of Wight) and am (slowly) starting to swim a little. The next race on the calendar is in May and is my favourite 10k - the Bognor Prom 10k. I’ve no idea what I’ll aim for time wise - that is if I even get to the start line.

I’ll probably report back on progress in a few weeks time.