It’s race week. Cool. There’s loads going on in Kona this week and as I’m a wise old man at this having been here and done it before (read the full 31 days of ‘diaries’ for 2013 if you wish!) then I may tone down the action this week. But only a little! 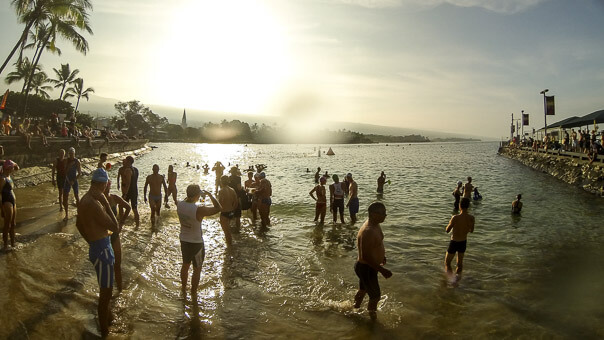 OK, I know sometimes I call it Kailua, sometimes Kona, sometimes Kailua-Kona. Well, it’s called Kailua-Kona. I think it is really ‘Kailua’ but because there’s one on the island of Oahu they added ‘Kona’ at the end of this one as this is the Kona district of the Big Island. Ironman and triathlete types pretty much call it Kona. I used a mixture of all three. Sorry! 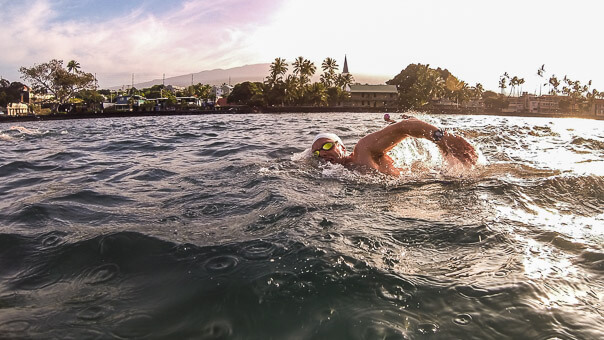 Sharon and I headed to the pier for an early(ish) dip (we got there just after 7am). As expected the place was heaving. I’d left my goggles at home but thankfully for the next few days Aquasphere goggles are down by the pier letting people borrow goggles to test out. So I borrowed a pair. 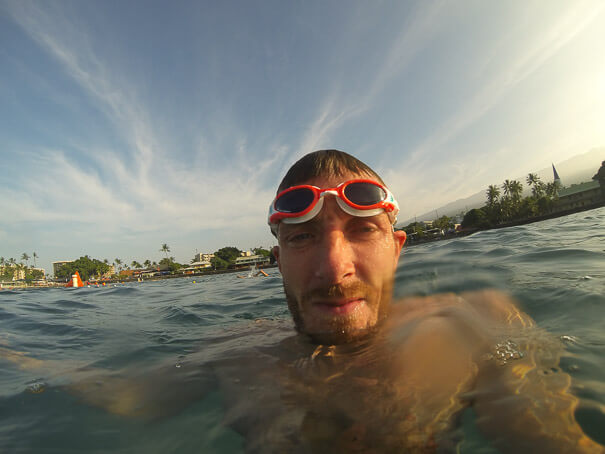 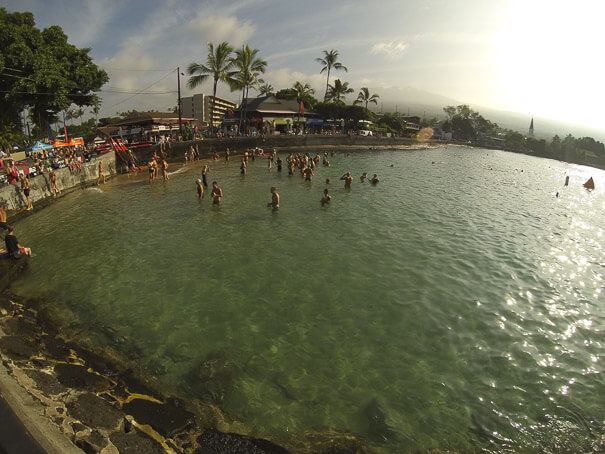 It’s really nice that they lend people this stuff. They don’t ask for a name or deposit or anything. Just that you’re an honest person and return them once you’ve finished swimming. Which I did.

I didn’t swim far, nor did Sharon. You see I’m tapering now for the big race! 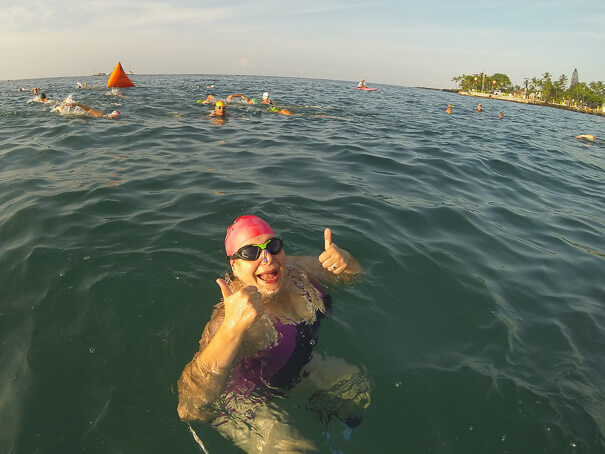 Post swim we saw GB professionals Tim Don and Rachel Joyce. This is Tim’s first time racing Kona but Rachel is a seasoned pro a 6th, 5th, 4th, 3rd and 2nd in the pro females race over recent years. She just needs to go one better.

I got a photo taken and told Tim that I’d been trying to look like him for years! His instant reply was “sorry mate but you’re too tall.” Fair point. 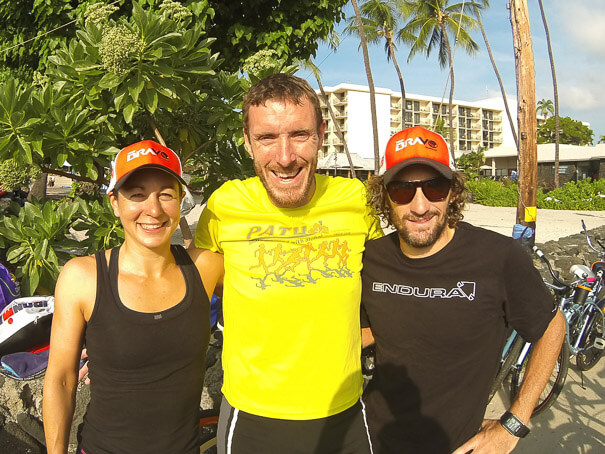 Whilst getting changed we bumped into Douglas Scott. Douglas was at Epic Camp Canada last year and it was lovely to see him. His humour was as dry as ever but I think I managed to get him to smile - which is rather impressive!

We then strolled towards Huggo’s restaurant to take a look at what was going on in the world of ‘Breakfast with Bob.’ Bob Babbitt is a member of the Ironman Hall of Fame and is an amazing historian of the sport. At some of the major races in the triathlon calendar he interviews (mostly) the pro’s and these are broadcast online.

We’ve been regular viewers for years and we loved watching some of the interviews last time around.

It was only right that we came back.

I went over the road and picked up an acai bowl each for Sharon and I (kinda a late breakfast) and enjoyed the shade, the interviews and the company.

We hung around for a while and heard six time Ironman World Champion Mark Allen, 2014 2nd place finisher Ben Hoffman and then Rachel Joyce. Other interviews were held but we only stayed for these three. 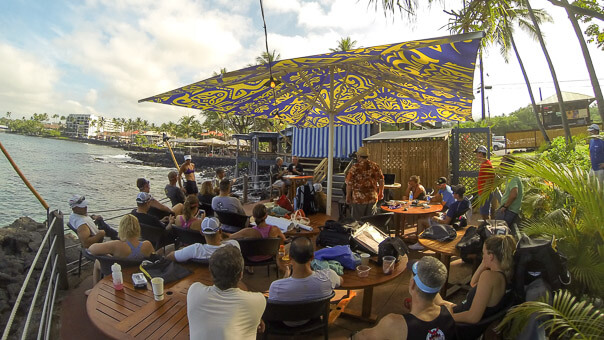 Eventually we made it home where I had originally thought about going for a run but since sometime yesterday (Sunday) afternoon my left ankle has been hurting a bit. I don’t know why so I thought I’d go out on the bike instead. I’ve no idea why my ankle hurts (ok, it is my dodgy one) but it’s not a issue that’s going to stop me on Saturday - that’s for sure.

Anyway, back to things that work - my bike. Firstly I had to change the tyres as I normally like to put a new set of tyres on the bike for a big race. I do this to give myself a fighting chance of minimising the odds of getting a puncture.

I then headed out the door for a steady ride of about an hour. It was baking out there at lunchtime and every time I stopped I just started dripping with sweat.

I fancied about an hour on the bike so headed south along Ali’I Drive. After about four miles it turns inland and climbs. And climbs some more. The road however was empty for about 6 miles. I saw about 10 cars, about five people on bikes and one chap running. It’s a great quiet road very close to town. 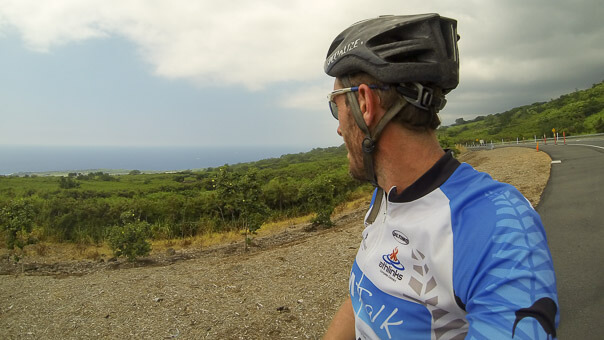 Once I made it to the end of the road you can either climb higher up to the main highway headed south, drop sharply down to the beach or turnaround. It’d taken me about 40 minutes to get here so I caught my breath, felt my dripping wet cycling top and turned around for the speedier descent.

After quick detour to see the ocean and enjoy the scenery I then headed back - where I promptly jumped in the pool to cool down.

Oh good, on Saturday when I get back off of the bike dripping with sweat rather than jump in the nearest swimming pool I’ll be putting my running shoes on to do a 26.2 mile run.

So today, Monday, meant that my personal Ironman World Championship support crew of Andy and Emma (who flew out to watch the race in 2013) are coming back for more fun in the sun.

Their flight arrived at 2pm and just after 4pm we were knocking on their door with the first of a week of fun events all lined up!

Firstly we needed a beer. A cold one. A Kona Brewing Company Longboard lager. With a view of the ocean. Perfect. 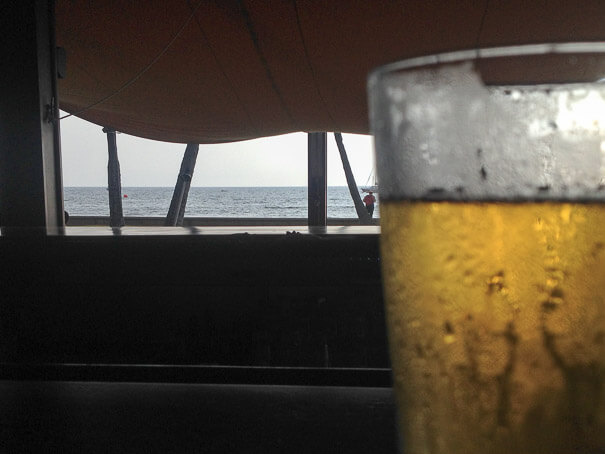 Once the thirst was quenched we headed over to the King Kamehameha hotel for the ‘Ironman Heroes of Hawaii’ cultural evening. This is held on Monday of race week and we had such an enjoyable time here before so it was firmly penned in the calendar. 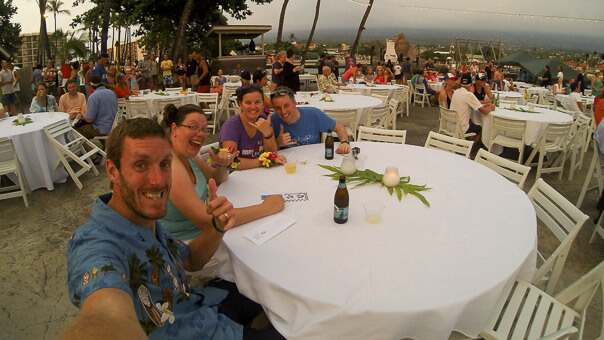 The location is great, there’s lots of things to do (creating fresh flower wristlets, Hawaiian style drawings, food and much more) and very few people go. The event is free to all athletes, friends and family and there were probably only a couple of hundred people there at most. 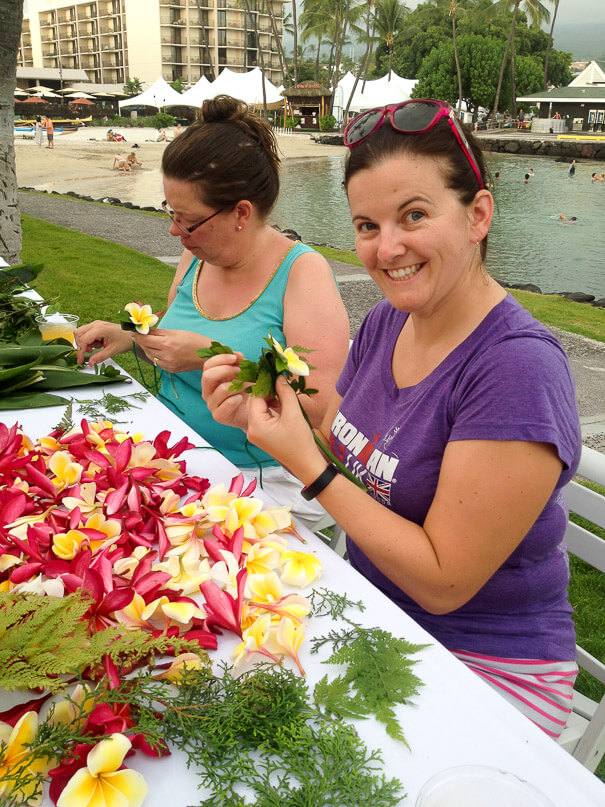 Sharon and Emma getting creative 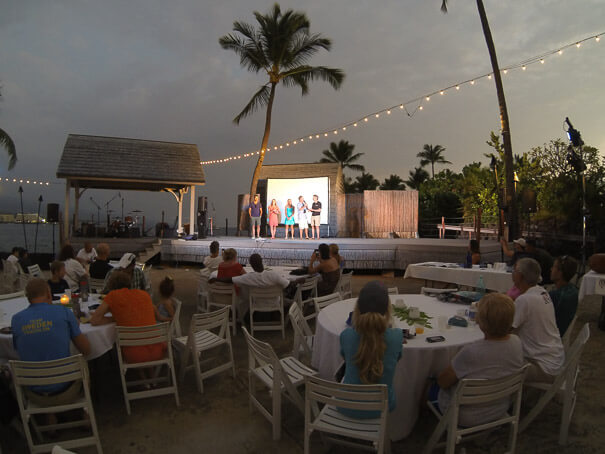 In addition to live music and lots of hula and other dance demonstrations we were introduced to some Ironman heroes of Hawaii up on stage (introduced of course by the ‘voice of Ironman’, Mike Reilly: 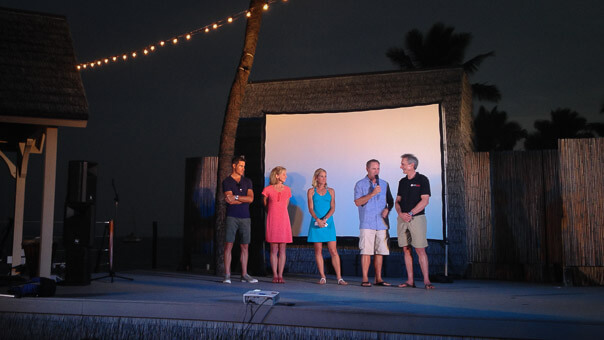 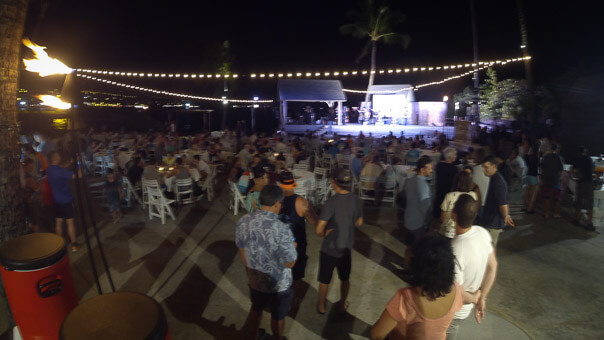 Once they’d done a little interview and we were tucking into some fine food the athletes then sat down and signed official race posters that were being given away. 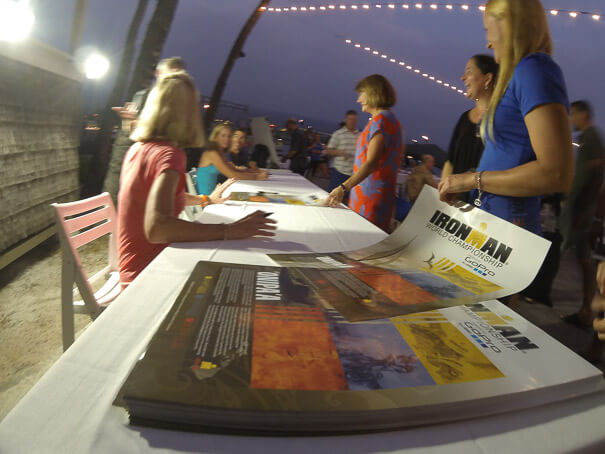 A couple of years ago I got the 2013 poster signed by Greg Welch (1994 winner) and got it professionally framed and now it’s hung up on the wall in the home office. Now I have another poster to get framed when we get back to England.

One of the event MC’s was Ka’ea - one of the presenters of Kapa Hawaiian radio. We’ve heard her on the radio so many times over the years (they do like a six hour show five days a week!) and it was lovely to have a little chat with her. This was probably the equivalent of my mum meeting Steve Wright from BBC Radio 2! 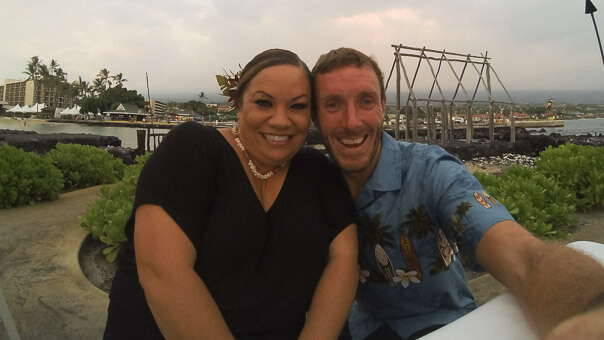 The evening slowly drew to a close, we were unlucky in the raffle (for some nice Ironman prizes) and then we headed back home for an early night.