A year ago we had friends staying with us for the weekend and whilst I spent all day Sunday riding 100+ miles around the Isle of Wight in the rain at a cycling event our friends took part in the Three Forts Challenge - a rather hilly marathon (or half marathon) held near Worthing (about 15 miles from home).

This year our friends were coming back to stay and I really didn’t fancy such a tough day in the saddle - especially with my lack of bike riding this year.

So I decided to enter the Half Marathon.This is a very hilly (~1430ft elevation) off road trail race and I thought this would be a good solid training run ahead of a 10k race I’m doing in a couple of weeks.

For this race I was also pleased to put on the first time the vest of my new running club - BRTZR (Bognor Regis ‘Tone Zone’ Runners) - yes it’s a bit of a long name, and the ‘Tone Zone’ bit is named after the founding group of runners - from the local leisure centre ‘Tone Zone’ gym as it was called back in the late 1990’s.

I’d trained once off road in the hills this year - a night time run in the South Downs a few weeks ago. I wasn’t best prepared for a hilly race but was really looking forward to doing something different.

This was certainly going to be different.

The weather was perfect and although I could have easily got away with road shoes I went for my trail shoes - as they’ve got a much better sole for the bumpy terrain that I’d be running over. 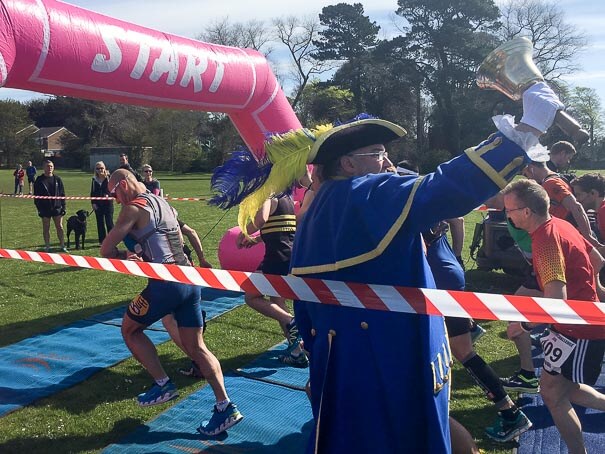 The race is started by the Town Crier

The course was stunning - the scenery across the South Downs and beyond was amazing. The weather was cool, there was a slight breeze and it was a joy to be out there. The only problem was that my legs ached! And I could feel blisters coming on both feet. Lovely.

I think I had a pretty solid run and pretty much maintained my position throughout - indicating that I paced it pretty well. As I had no idea of the course (I didn’t really look at the profile until after the race) I had to be prepared for whatever was around each corner. On a flat race I’d pick my pace, keep an eye on my GPS and feel and just get on with it. Here I had to work to feel much more rather than pace - as my pace fluctuated from about 6 minute miling to 12 minute miling. 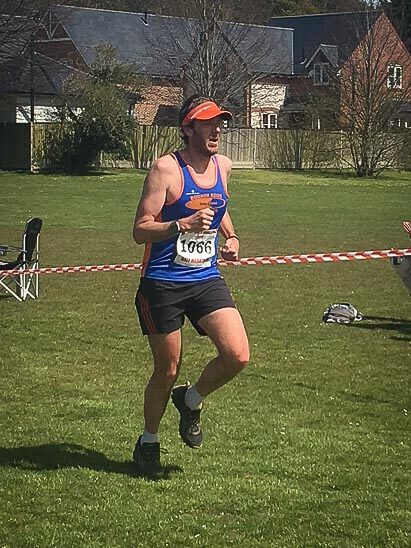 There were maybe four drinks stations on route and the marshals were friendly and supportive. Thanks.

When I did my night time training run a few weeks ago I had to concentrate incredibly hard on both seeing where I was going and where I was putting my feet down (as I only had a head torch for visibility). This time it wasn’t much easier as I was having to concentrate on my footing for pretty much every step. I’m sure given practice it gets easier. I just haven’t practiced.

Coming into the finish I’d say I gave it my best shot today and was chuffed to finish in a time of 1 hour 43 minutes (and 42 seconds) which put me in 22nd place (out of 314 finishers). The winner finished in just under 1 hour 28.

This is the 10th Half Marathon race that I’ve taken part in and my slowest ever time - but it was the toughest course I’ve run. I’m really happy with how it turned out and to be 22nd out of 314 isn’t too bad at all I’d say. I’m heavier, less trained but running pretty consistently at present which is great for me after having a good couple of years of on-off running through injury.

Here’s my half marathon stats from over the years.

Next up is the Bognor 10k in a couple of weeks time. Hopefully my legs will be feeling fresh for this one. 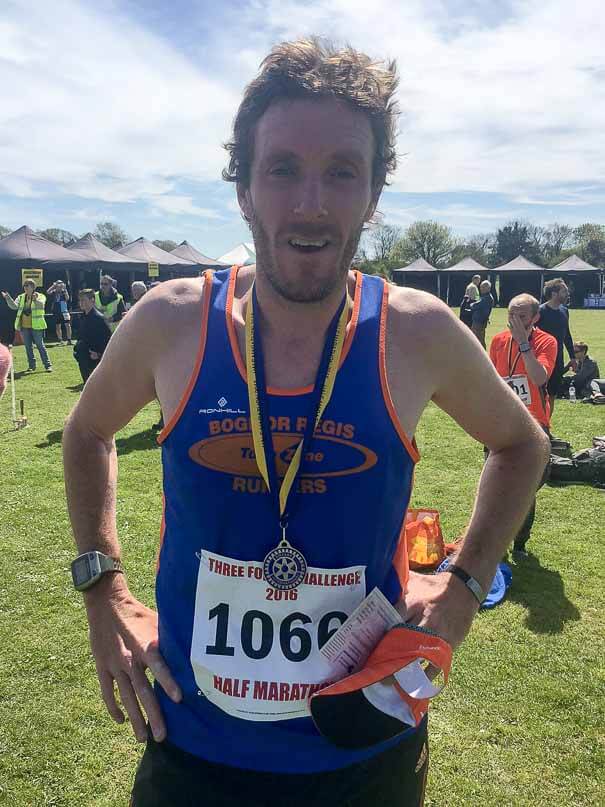 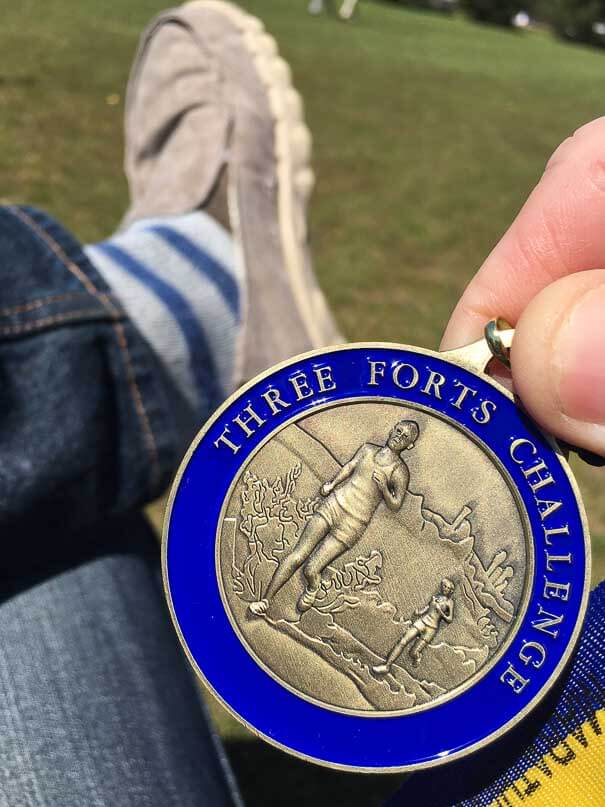 Another fine medal to add to the collection