The Baker Cup race is a three mile handicap run near to the Royal Ballet Lower School in Richmond Park. The race was first run in 1911 and in 2008 was won by Sharon (photo of Sharon and the cup). This year Sharon chose not to run (probably wanting to give someone else a chance to win it) and thus it was my turn to defend the cup! I’ve not run this course before (2 laps of 1.5 miles) and I would say that 99 percent of the course is either uphill or downhill. It’s tough.

Naturally as a bit of preparation I chose to do a 63 mile bike ride around the Surrey Hills (which as the name suggests are rather hilly) before the race and met Sharon at the Ranelagh clubhouse where I signed on and collected my race number. We then headed to the park. 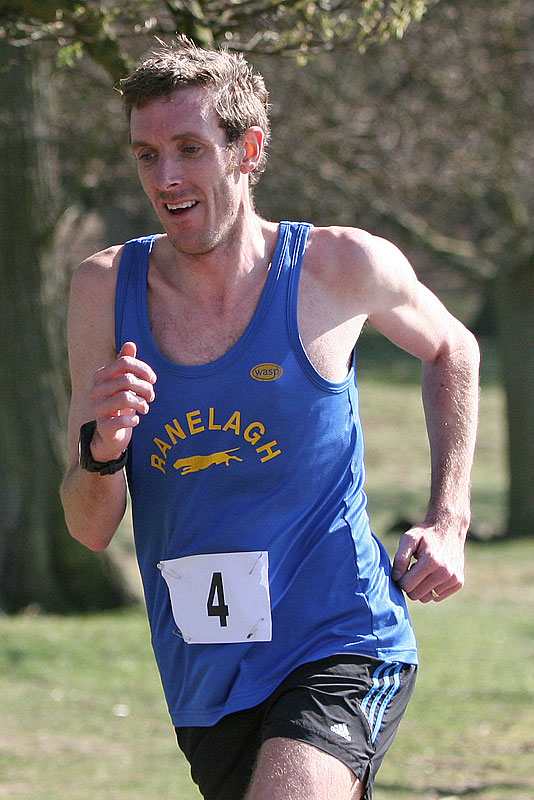 As the runners set off according to their calculated handicap times I found myself starting alongside Luke Wilson, a previous holder of the trophy. I’d not run the course before, but he clearly had (and with great success) so I thought I’d just stick with him and see how things pan out. Prior to the start, Anna, one of the Ranelagh coaches gave me a piece of advice - “it’s tougher than it looks - take it easy on the first lap.”

So, we headed off and foolishly I pushed on solidly pretending that my legs weren’t aching from my earlier efforts! I ran the first lap (1.5 miles) in 9:26 (around 6:16 miling pace - what I’m currently running Bushy parkrun in - and that’s pancake flat!) and set off onto the second lap. I was really feeling the toughness of this desceptive course but continued to push. I was overtaken by a few of the faster runners who started behind me and at the same time caught up with a few of the slower runners ahead of me.

This is a great race and a lot of it is ‘out and back,’ meaning that you get to see (and support) most of the other people racing. You also get an idea of what’s happening at the front of the race which is good. Well, I personally had my money on John Scally, who is in full marathon training mode looking good (and had a very favourable handicap starting time). However, Roger Wilson (Luke’s father) was close behind him and was looking incredibly strong.

At just after 2.6 miles I saw the Roger heading up the finishing straight to take victory (in a time of 21:40) - a superb race by him and the trophy once again heads back to his house. Like father like son :)

I finished in a time of 19:33, which meant my second lap took 10:07, 41 seconds slower than the first lap - oops! I’ve probably not run that hard all year so although I could have paced it better, I was pretty happy with my time - which was the 11th fastest overall. My overall position based on handicap was 27th out of 41. Full results can be found at the Ranelagh Harriers website.

Sharon was supporting and taking photos - and a number of pictures can be found at our photography website.

So, unfortunately the super cool Baker Cup trophy did not return to the Rowe household. Another time perhaps…