In just over eight weeks time I’ll be taking part in my first Ironman event, which consists of a 2.4 mile swim, 112 mile bike ride and a 26.2 mile run - all back to back. Its going to be a long, tough day at the office but I hope that I can maintain and build upon the training that I’ve done so far so that I make it to the start feeling up to the challenge. 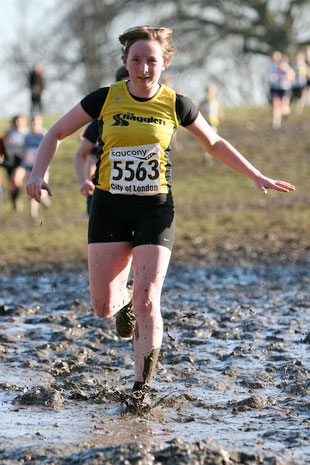 Completing an Ironman is a huge achievement, but on the same weekend a friend of ours, Jo Kilkenny, will be doing something many many times tougher. Over the weekend of 12 July this year Jo is taking part in the ‘Arch to Arc’ event - a run swim bike triathlon from London to Paris. It is described by the Enduroman website as follows:

“This is a solo challenge that will test the body and mind of the most experienced ultra endurance athletes on the planet. The event starts with an 87 mile run from London’s Marble Arch to the Dover coast, then the athlete must swim across the English Channel to the French coast, and finally the athlete finishes with a 180 mile bike from Calais to the Arc de Triomphe in Paris. For this challenge, the clock starts at Marble Arch and stops at Arc de Triomphe.”

A few weeks ago Jo completed a ‘warm-up’ event in Lanzarote (45 mile run, 11 mile swim, 80 mile bike) and completed the tough Scottish Ultra event last weekend. Along with long sea swims (including during the cold winter months) I’m confident that come July she’s gonna do herself proud. One of the most interesting quotes I’ve seen about Arch to Arc is the following quote from Jo’s blog:

“To add to the doubts that run through my head when I should be sleeping, more people have scaled Everest than swum the channel - that’s without doing a quick jog down to the coast first.”

Only five people have completed the event previously, and Jo is hoping to join this elite group of athletes in July 2009. Read more about Jo’s (crazy) antics at jokilkenny.com.