Saturday morning started as they often do this time of year, with a swim in a lake at silly-o-clock and then a parkrun. I was back at Bushy parkrun this week and ran a few seconds quicker than 20 minutes.

I’d seen a few days previous that there was some sort of national family week going on this week and events were being held all over the country. Twickenham Rugby Stadium was hosting a sports day on Saturday which included a 5k ‘fun run.’ Brilliant, this could be fun!

Sharon, Kirsty and myself went along to register for the 1pm run. After registering (the run was in aid of poor children in Calcutta, or something like that) we found shelter from the midday sun and awaited further instructions. After an organised warm-up (we decided we were warm already) we headed to the start. 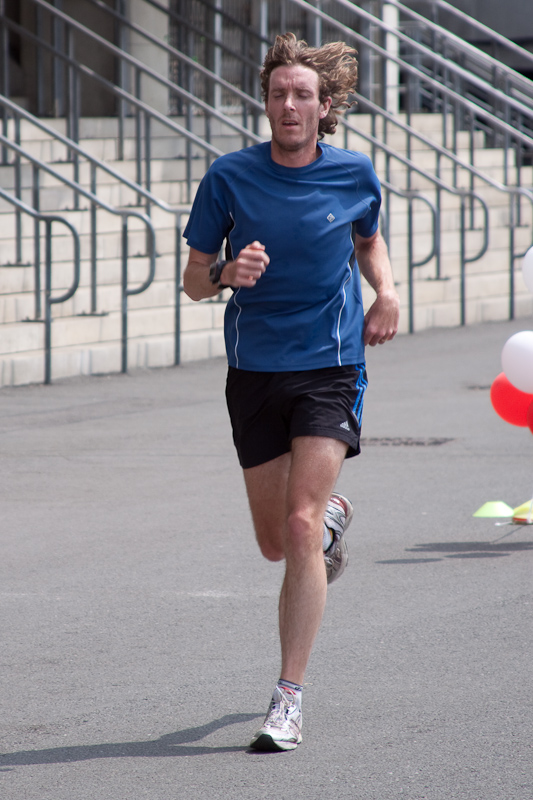 A short briefing was held ‘run six laps round the stadium and then you run in to the stadium to finish on the famous pitch’ and then a horn was sounded. Everyone (about 30 of us) then looked at each other and said ‘which way do we go?’ - they’d forgotten to tell us whether it was clockwise or anti!

After clearing that up we began, and one chap ran ahead of the rest. I sat about 5 metres behind him and just jogged round gently for a lap. After a lap I then opened up a little and ran past him out into the front. From here it was just lap after lap after lap…

As I completed six laps (my GPS was all over the place because on each lap you have to run through a tunnel) it was a further half lap to the finish. I’d lapped a few other runners and as I turned into the finish and my moment of glory running onto the pitch I was stopped by one of the organisers.

“We can’t get onto the pitch until quarter to two.” 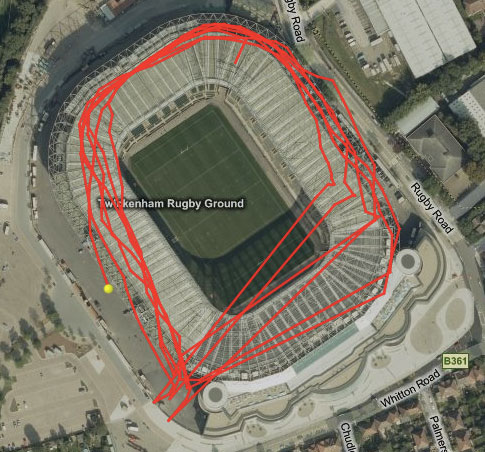 It was about 1:40pm at this point. There was something else taking place on the pitch and we were not allowed on until a set time. My steady 21 minute 5k was much quicker than they’d planned for! The lady also congratulated me and pointed at some ‘child’ and told me he was the winner. Eh?

Apparently if you run 4 or maybe 5 laps and then finish, but tell them you’ve run 6 then that’s good enough for a win. Ah, whatever.

A few minutes later we were suddenly told we could ‘sprint’ onto the pitch to cross the finish line and collect our certificates. What joy!

I knew from the start that it would be a shambles and the run lived up to every one of my expectations. Because of this it was actually quite enjoyable and provided an opportunity to run somewhere different.