Over the past few years I’ve entered a few bike sportive events and also taken part in the Dunwich Dynamo overnight ride. I’ve never entered a bike race or time trial before. I’ve certainly watched a few races and taken photos at them and this past weekend was no exception. You’ve all seen those clips on television of riders climbing up the mountains of the Tour de France and screaming crowds of supporters cheering them on. Well, although we don’t have 20+ mile mountain climbs the UK does have some awesome (and a little shorter) ‘hill climb’ events.

The past weekend Sharon and I went along to watch, support, shout and take a few photos at the Catford and Bec hill climb events in Kent. I’ve posted a blog about the events over at our photography website so take a look and then see the gallery of photos that’s linked to near the end of the blog.

Anyway, following this blog post my good friend Richard suggested on facebook that I should give one of the hill climbs a go. Having watched these events I’ve wondered what it would be like to be the one fighting their way up a steep hill with crowds all around. The nearest I’ve got to this has been climbing the (much less steep) Solera Berg during the Challenge Roth iron-distance event a couple of years ago.

Following Richards suggestion to me I decided that todays long bike ride should head south-east towards Yorks Hill, the home of the Catford Hill Climb. I planned a route using the excellent Running Free Online website, loaded it into my bike GPS and off I set. About 40 miles later (and lots of short - and long - climbs and descents) I found myself at the bottom of Yorks Hill.

I didn’t know where the start of the climb was (as it was almost too steep to walk down on Sunday!) so as I was cycling along the lane the road levelled out and with an incline just ahead I hit the lap button on the GPS and dug deep.

Two minutes later the road levelled out (again) and I saw a painted white line on the road! Bugger. That’s the start of the climb and I’d just expended two minutes hard effort (and two and a half hours cycling) to just get there. 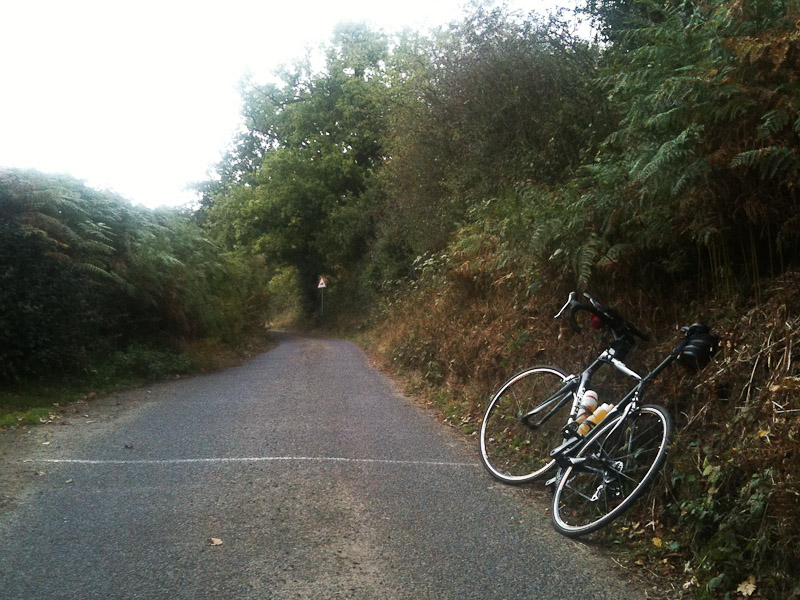 I stood on the line, clipped into the pedals and hit the start button. My heart rate was at 121 (much much higher than resting) and away I went. Within a few seconds the incline ramped up and I had those thoughts of ‘you’ve gone off too hard.’ Too late to worry about these things now. I was in my easiest gear (and remained in it the whole way up).

This incline then flattens out a little before the real fun begins. A lung bursting 20+ percent-er which was painful to say the least. Out of the saddle, gasping for air, convincing myself that this is good for me and pushing up the hill as quickly as possible.

I’m sure my style wasn’t great but when I saw an opening in the trees up ahead I knew the end was near. At the top of the climb just before the entrance to a small car park there was another white line painted on the road. I pushed to the line, hit the stop button again and then unclipped and came to a standstill as quick as I would be if I were about to ride off of a cliff edge! Bugger me that was tough. My heart rate peaked at 174. 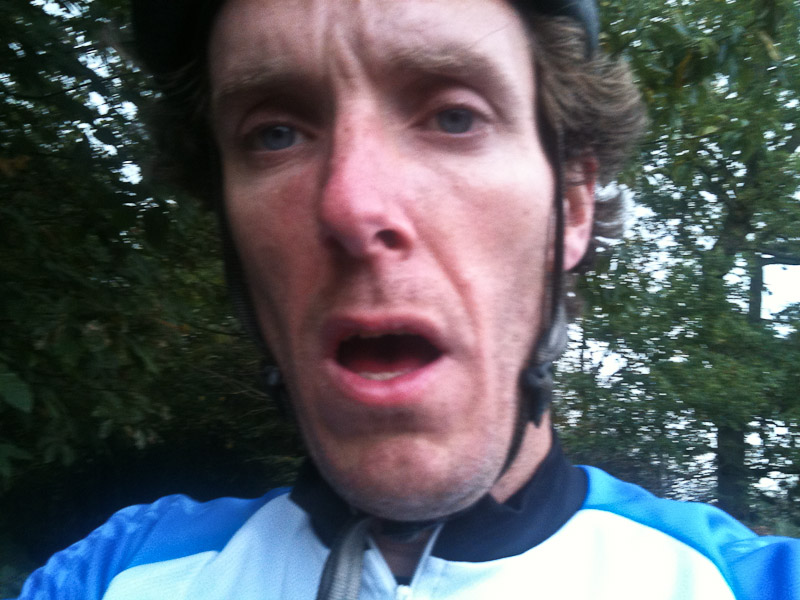 Looking at the clock my time was 3 minutes 11 seconds. This would have put me in 88th position (out of *cough* 102 finishers) in the 2011 Catford Hill Climb. Surely with an easier warm-up, less ‘crap’ on the bike and screaming crowds I could go under 3 minutes…?

Looking through my cycling logs I’ve got my heart rate higher than 174 before so clearly I wasn’t trying hard enough. Finally, here’s a little summary graph of the effort from my GPS/power meter for those who like this kind of thing. Click for a larger version.

This means I need to go back sometime and ride it again! Watch this space….

As for the overall bike ride, I rode just over 77 miles, around 5,300 feet of climbing, 4 hours 51 minutes of riding (5:09 total ride time - which includes stops for traffic lights/junctions/getting lost). Normalised power was 235 watts.