When someone asks if I ever do running speed training my answer is normally ‘no, but I do a 5k time trial most Saturday mornings.’ I rarely (read ‘never’) get to my running club for training sessions and normally rely on my weekly parkrun 5k ‘fix’ to get the legs moving quickly.

On Thursday of this week my good friend Danny convinced me to come along to the speed training session that he does on a Thursday. A few of us went along and although we got a good kicking by many of the youngsters of the Harambee running group and got absolutely soaked to the skin in the pouring rain it was a good hard session and I felt good on Friday and ready for more!

Saturday morning at Bushy was setting up to be a fast morning. Conditions were great (cold, firm ground and next to no wind) and in addition to a ‘mob-match’ between two local triathlon clubs the Harambee runners were there for a pre-Christmas blast round the park.

With the team behind the excellent parkrun show and Marathon Talk podcasts in attendance it was set to be lots of fun down at Bushy.

I planned to push pretty hard and see if I could get close to my personal best of 17:32 from a few weeks ago. After a bit of a confused start (a few chaps started early and the starting sequence got a little muddled) over 800 runners headed off towards Teddington Gate.

I don’t have much to say other than I pushed really hard throughout. The field was absolutely ‘stacked’ with fast runners and there were plenty of people around me. Lots of surging, lots of competitive running. It was ace.

Just before the 4k mark Martin Yelling came powering past me looking strong. He looked like he was on a mission and that mission was to take down parkrun show podcast host and co-presenter Danny Norman (which he almost did). The last km was tough (hmm, much like the previous four!).

Sharon was there taking photos and got a great photo at about 4.5km of Danny, Martin and myself in the background… 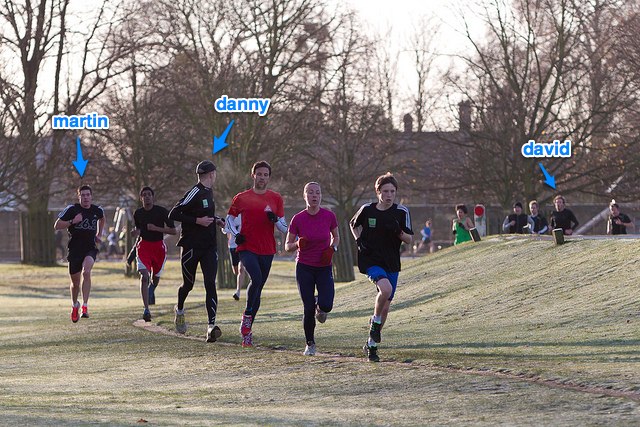 I crossed the line in 26th position with a time of 17:33 - one second slower than my personal best. Excellent. I have no complaints about that time at all. With four sub-18 minute finishes in the past six parkrun events (OK, we all know the southern courses as ‘soft’!) I firmly believe that I’ve stepped up a level to a new range of times in my running (well, over 5k at least).

Finally, to give an idea of the strength of the field at Bushy here’s an example - last week a friend ran 19:45 and finished 29th. This week he ran 19:43 and finished 102nd! There were admittedly around 23 percent more people this week (810 versus 655) but that means he should have been around 35th place! Talk about top heavy!