This morning the plan was to get an early swim in just to get a little more used to the possible choppy conditions in the lake. The van had been rocked all night by strong winds and when we got to the beach at about 9am the wind was absolutely howling and nobody was swimming. Well, a chap came in from a short swim and said it was incredibly rough and more like swimming in the ocean and not a lake. As I didn’t want to swim alone and nobody else was around we decided to change the plan around and walk up Mount Iron - which is a constant 30 minute uphill grind to the top of a hill that provides fantastic views over Wanaka.

We then headed back to the beachfront so that I could register for the race. The registration tent was empty and I was done in less than five minutes after arriving. This compares slightly differently to the 45 minutes+ at the Challenge Roth in 2010.

Sharon and I then walked round the expo (which consisted of about 10 stands) and whilst chatting to a nice guy at the K-Swiss shoe stand (after buying a pair of shoes) I helped him and his colleague hold the gazebo thingy down as the wind had strengthened even more and was threatening to blow the expo stands away! It really was that windy!

Back to the van and I spent close to an hour watching a couple of people out windsurfing. Nobody was out swimming. 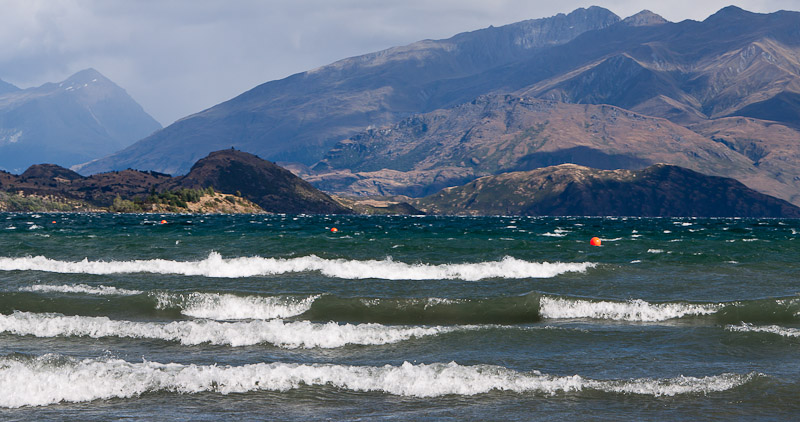 Later in the afternoon I rode a gentle ten miles on the bike and then went along to the event pasta party in the main race marquee where I ate a huge plate-load of food before heading back to the van to top up with a chicken curry that Sharon had made. I believe my carbo-loading is pretty much complete - but then again I did start ‘loading’ about six months ago!!

On Friday I plan to swim (again) and then go to the compulsory race briefing at 10am. Sharon’s planning a long run and then in the afternoon I need to take by bike and get it racked and ready in the transition area.

Finally… here’s a photo of what the lake looked like on Tuesday afternoon. Quite different from today don’t you think? 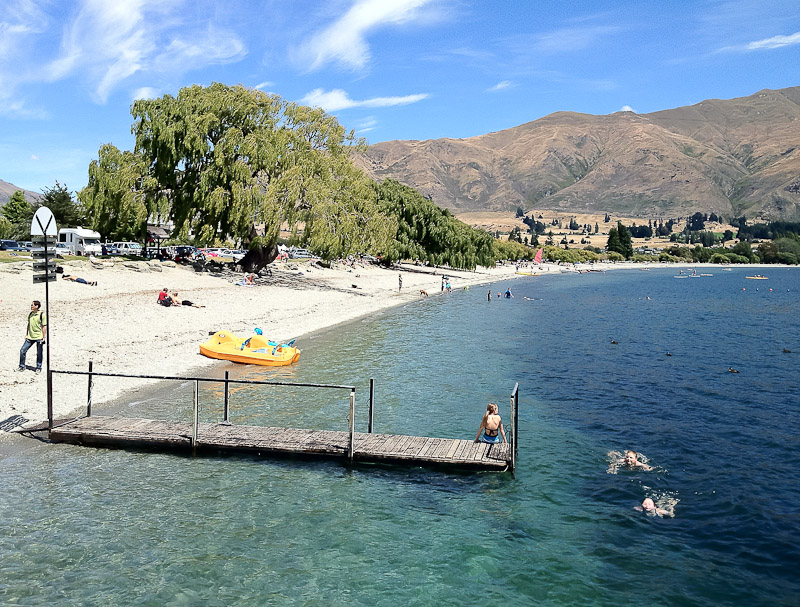