G’Day! This week Sharon and I found ourselves far far away on the other side of the world for the 8am Saturday morning start of the St. Peters parkrun held in Sydney Park, in a lovely city called Sydney, in Australia! 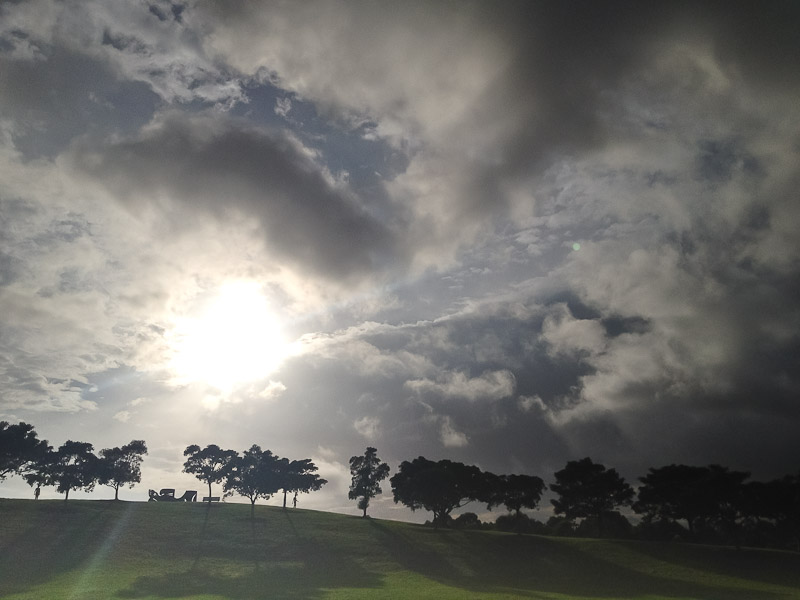 As we approached the end of an amazing long holiday we found ourselves at the start courtesy of our friend with a car, fellow triathlete, occasional parkrunner and now Sydney local Grant.

It was an early start for us after a great dinner/beer/wine combo the night before but parkrun is a priority, right? For us it must be as we had to change our flight back to London a few months ago so that we could take part in the Sydney event. This weeks training has been non existent with my last run being a week ago as part of the Christchurch Saturday Runners group in New Zealand. 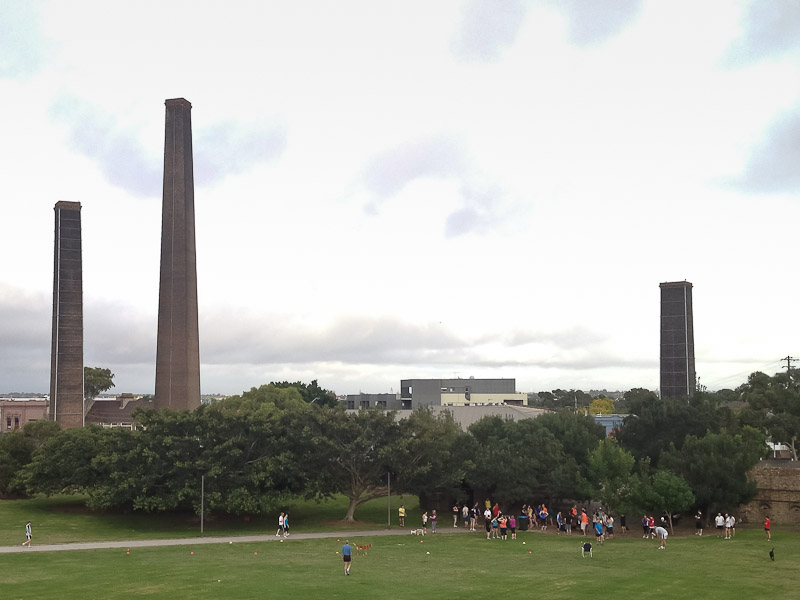 Sharon and I (and Grant) rolled up to the starting area armed with our parkrun barcodes and proudly wearing our 100 Club t-shirts. This was the fourth running of the Sydney event so the idea of a 100 club probably meant nothing to probably 99% of the runners there.

I introduced myself to Paul, the run director and he commented our on tops. Nice. At about 7:55 we all moved to the start area and he described the route and what to do at the finish. He pointed out the first place runner from the previous runs and suggested that we just follow him! 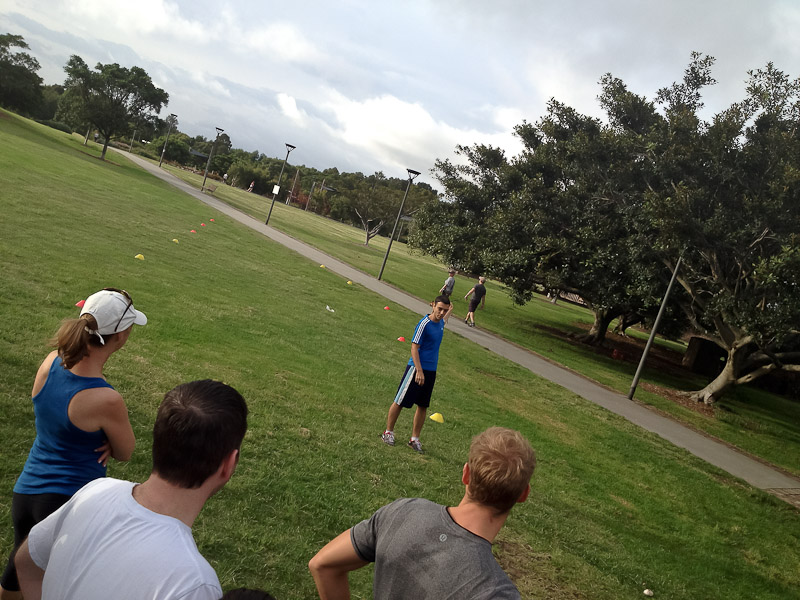 I didn’t bother with my GPS watch this morning instead just running to feel (that is, feeling unfit) and with a close eye on what was happening around me.

Right on time the run started courtesy of a loud shout of GO from a child who’d been drafted in for this very important volunteering role!

We all headed off (just over 100 of us) into the park, we then turned a sharp right and then had time to settle into things. Gentle undulations were the order of the day. Next thing were were on the pavement (or is it sidewalk in Australia?) and running around the outskirts of the park. I had a few runners close by to me and was in 4th position. No idea of times/pace.

After running around most of the park you head back in to be presented with “Heartbreak Hill” - shortish but tough with a lovely little downhill on the other side. It was here I heard someone come up close behind me. You then run around a cricket pitch oval and during this part I dropped back to 5th position. Course marking was normally through big chalk arrows drawn on the tarmac paths (which were great) or a marshall.

The weather was mostly cloudy but very warm but the main difficulty for me was the humidity. It was incredibly muggy out there and really hard work. Then again hard work is the underlying theme of 5k running so you just have to get on with it knowing that it’s not too far to the finish. Looking at a weather observations website at 8am it was 20.1 degrees with 86 percent humidity.

I managed to hang on to 5th place (fairly comfortably) but certainly without really pushing myself. Within seconds of crossing the finishing line I was offered a glass of water from another young girl which was bliss. Thank you.

If you have run a parkrun before then every event I’ve done feels like your home run. We were given finishing tokens which were the same as back ‘home’ and the timer/scanner equipment was the same. An efficient queue for barcode scanning and happy marshals made for the trademark parkrun experience. 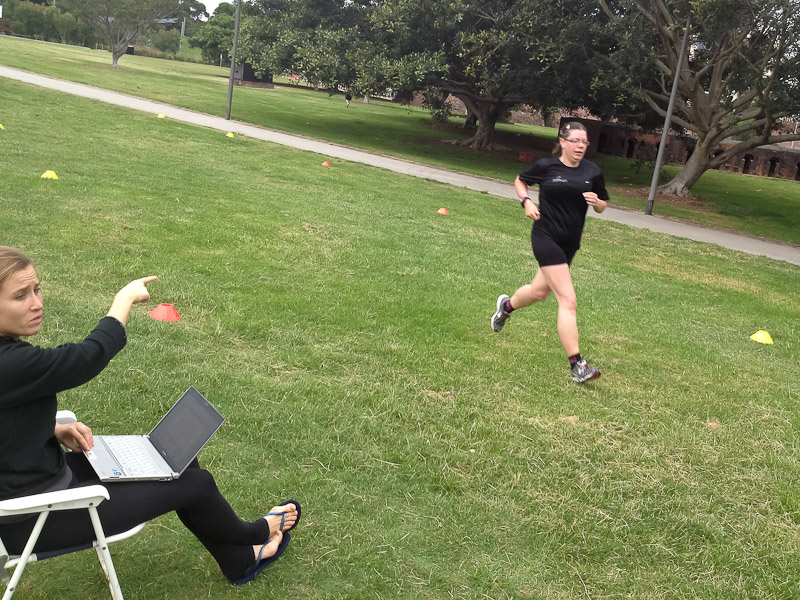 I then chatted to some of the volunteers and then watched Grant and then Sharon come into finish. After a chat we headed off to the cafe which is really close to the start/finish area and sat down with a drink and reflected on the pain that was Sydney parkrun. On the way to the cafe (kiosk) Sharon and I posed for a photo with our lovely black 100 club tops.

Sydney Park is beautiful and a fantastic place to run. The course is by no means easy and the Australian summer weather does little to help that! The event seems to be growing rapidly right now after some great publicity during the week. The only thing I do worry about is that the park was super busy with dog walkers this morning. I didn’t hear any complaints but if runner numbers continue to grow it won’t be long before some conflict appears. I’m sure both the runners and dog walkers can use the park at 8am on a Saturday morning together, but there may be a few bumps on the way. 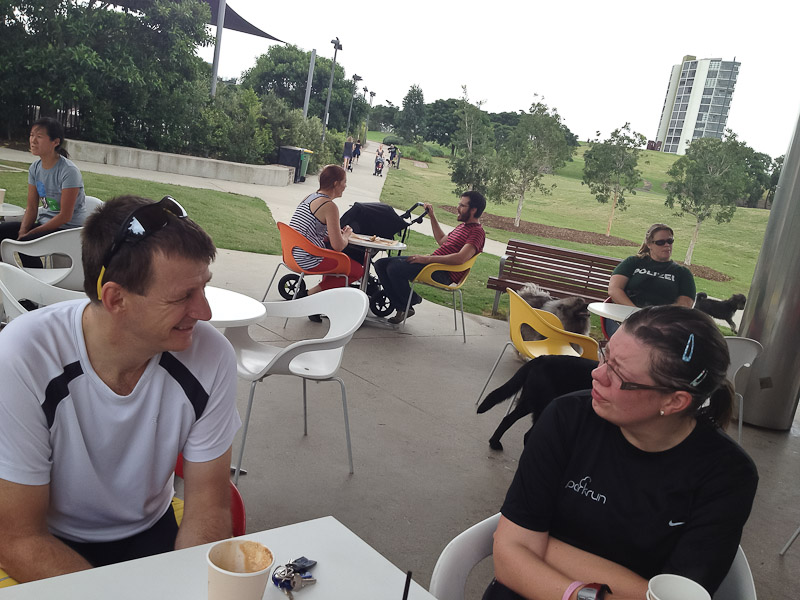 With the success of Sydney parkrun as we saw it today I can see the need for another parkrun in one of the other city districts coming real soon.

It was a great morning and everyone seemed really friendly. As I sit here writing this post somewhere over the Pacific Ocean en-route from Sydney to London (via Auckland and Los Angeles) it was so worth changing our flights around and paying a little extra to have the chance to experience a truly international parkrun.