By David on 4 February 2012 david sharon

Saturday mornings pretty much mean one thing in the Rowe household - parkrun. Free 5k timed runs in parks all around the UK (and now well beyond). Well, we’re currently in New Zealand and there’s no parkrun here (yet - it is coming though…).

Whilst we’ve been here we’ve managed to take in a 5k fun run/race and I (David) did a little ironman distance triathlon two weeks ago. As we’re preparing to leave the south island and are in Christchurch a little hunting around found me the website of Saturday Runners - organised running/training groups that run regularly in the city.

The plan for this weeks run, starting at 7:30am (prompt!) was distances ranging from 3k up to about 16km. This sounded perfect - we could decide what we wanted to do on the day. Even better was that we ‘know’ one of the coaches/organisers - Bevan from the IM Talk podcast that I listen to religiously. I dropped him a message beforehand to let him know that we were thinking of coming along.

The first session is free and then you can sign up for a five or ten session plan. There’s a lot of people involved and taking part and just like at a parkrun event people appear from seemingly nowhere shortly before the 7:30am start. 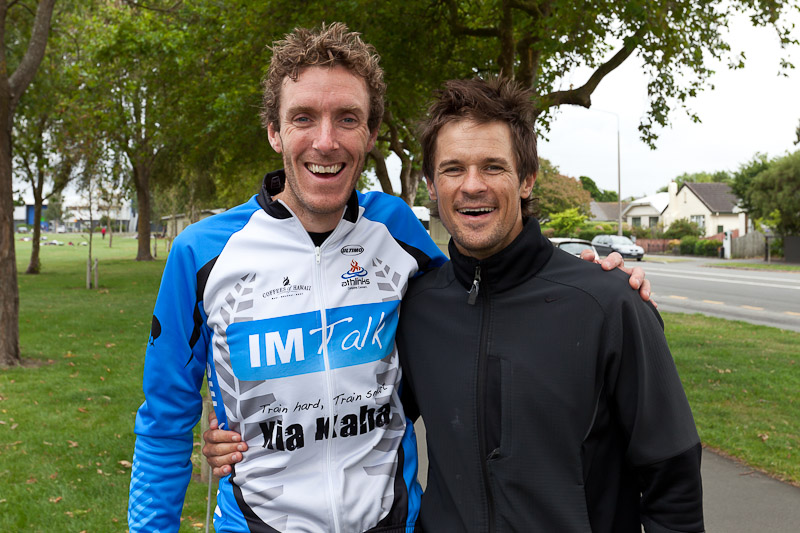 After parking up our ‘monster’ campervan near the meeting point we strolled over. Bevan spotted us (he knows I’m pretty tall) and came over to say hello. We had a good chat with him and then got chatting to another guy who’s hooked on this kind of thing - group running and fitness.

Just before 7:30 some pre-run announcements were made, maps of the route distributed and the group ‘leaders’ introduced (who were on bikes). It was an out-and-back route and you could choose what you wanted to do whenever, although for some groups (there’s a 5k and 10k training group they had slightly ‘stricter’ schedules to try and work to). 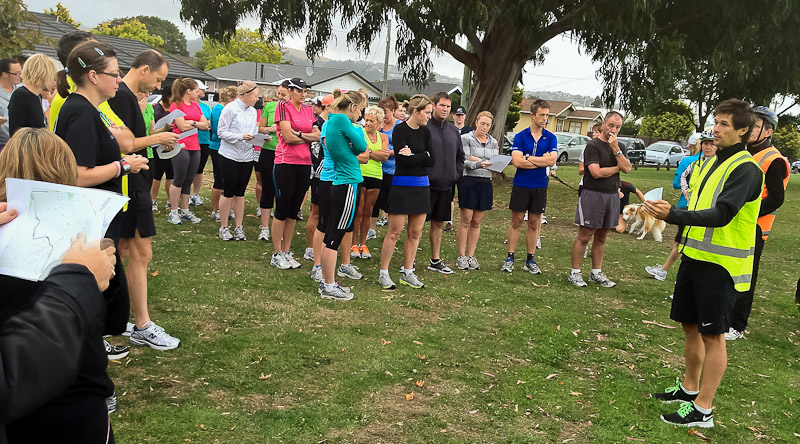 Shortly after setting off I was running with a couple of others and then one lady mentioned that she’d done the Wanaka half ironman triathlon a couple of weeks ago (the same event where I did the full distance race). I kind of recognised her but she recognised me and said “David, what brings you here today…?” - it turns out that it was Nicolette, a lady who I’d met at Wanaka on the day before the race when I went out for a swim practice and met up with a couple of other swimmers (Nicolette being one of them) and we swam and chatted for about 45 minutes or so. Although I am useless at recognising people and putting names to faces, when you’ve only seen someone from the head up wearing a swim cap, wetsuit and out swimming all bets are off on me remembering anything! I knew she was from Christchurch but certainly wasn’t expecting to ‘bump’ into someone here!

Anyway, the two of us ended up running for just under 10 miles (around 8 minute mile pace) and had a good old chat about Wanaka, the Saturday Runners group, our travels around New Zealand, the Christchurch earthquakes and other bits and pieces. The time flew by.

Afterwards finishing our runs Sharon and I had a coffee from the van (lovely it was too) and chatted some more. 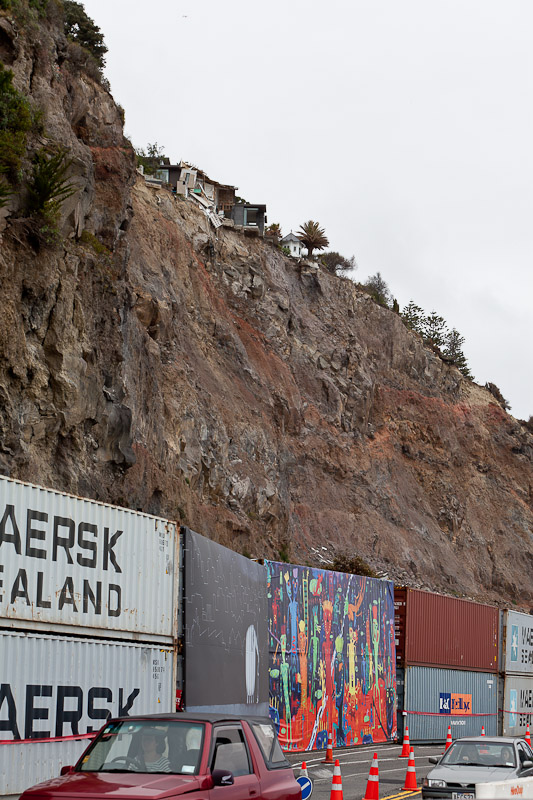 Before long it was about 9:30am and time to head off on our travels for the rest of the day. During our short stay in Christchurch we’ve done some pretty cool things and seen plenty of ruined buildings from the events of the past 12 months. The city seems to be strong and coping well and although we’ve been self-sufficient in our van for the past four weeks we were more than happy to ‘throw some money’ over the counter to some of the local businesses to try and help support their efforts during these tough times.