So, Sharon arrived last night (yay) and I wasn’t planning on a lie-in as I knew her body clock would be all screwed up. Well, we were both messed up and woke up before 4am! Oops. Today was going to be a lazy lazy day for me. I tell you, my legs could do with a rest right now. If you want to read about bike rides on the Queen K or running down Ali’i Drive you can stop reading now and come back tomorrow!

Coffee on the lanai (which kind of means balcony, but interestingly is also the name of one of the Hawaiian islands) was followed by a drive into town. Before we left I gave Sharon a fresh flower which I’d also picked up yesterday to wear in her hair. It was cute.

We parked up near the pier, saw the official swim start and run finish line marker on Ali’i Drive (it’s so so cool - if you know what this is all about - if you’ve read much about Ironman Hawaii then you’ll no doubt have seen photos of this sign) and watched a few people out swimming and then took a stroll around the pier. This is used as the transition area for the race and is pretty damn big. Two weeks today (Friday) it will be full of rather expensive bicycles - including mine, ready for a long day on the Saturday. 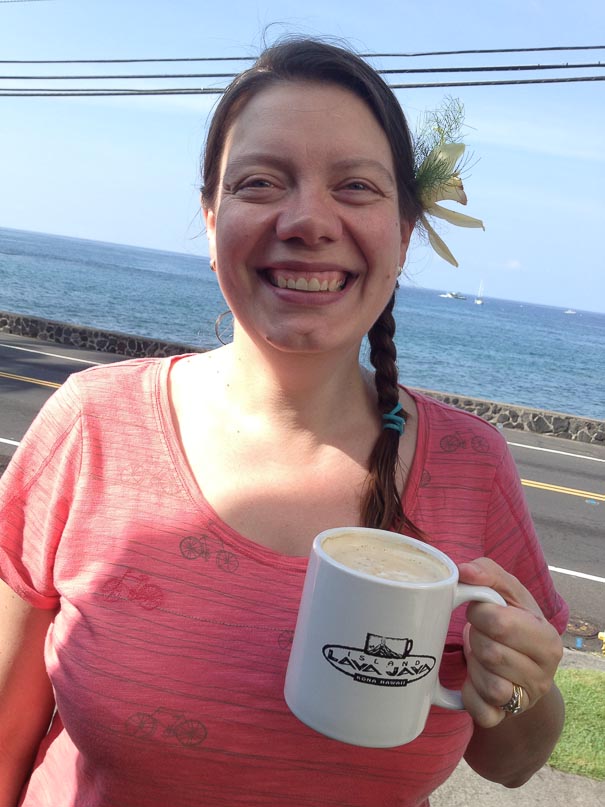 We then took a leisurely walk through the village (Kailua is a village) along Ali’i Drive to where I had breakfast on my first day here last week - Island Lava Java. We were there a good hour just relaxing (we had a lovely shady spot as it was blue sky scorching hot) and having a very relaxing time.

The first proper purchase of this holiday was made, a new cycling jersey (I’ll no doubt get a photo of me wearing it on the blog soon) and then we headed back ‘home.’ Then it was back out again to get some food shopping done - as that’s what women like to do on holiday isn’t it??? As we were at the checkout in Costco we overhead one of the bag-packer chaps saying that ‘I don’t want to work on October 12 (Ironman day) as it’s so so quiet in here’). I suggested that he should be on the roadside supporting me instead. Not sure what he’ll do on the day…

We also popped into the florists up the road where I got the lei from and said thanks to the lady owner.

By the time we were done it was lunchtime. I treated myself to a bowl of Alpen which Sharon had brought with her half way round the world just to feed my addiction!

After lunch we went to La’aloa Bay (often known as Magic Sands or White Sands Beach) to have a bit of fun in the surf. The beach was fairly busy (at least it seemed so for a Friday afternoon) and the shorebreak was pretty powerful (the lifeguards had a ‘dangerous shorebreak’ sign up on the beach). We messed about in the water for about half an hour and it was good fun. The shorebreak was indeed pretty powerful and in my quest to get at least some semi-decent photos for the blog I took my GoPro with me! In one shot which bracing myself for a breaker it looks more like I’m trying to surf a wave in the wrong direction!!! 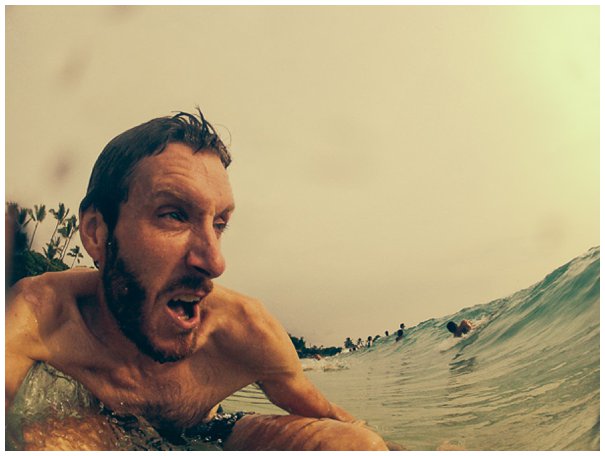 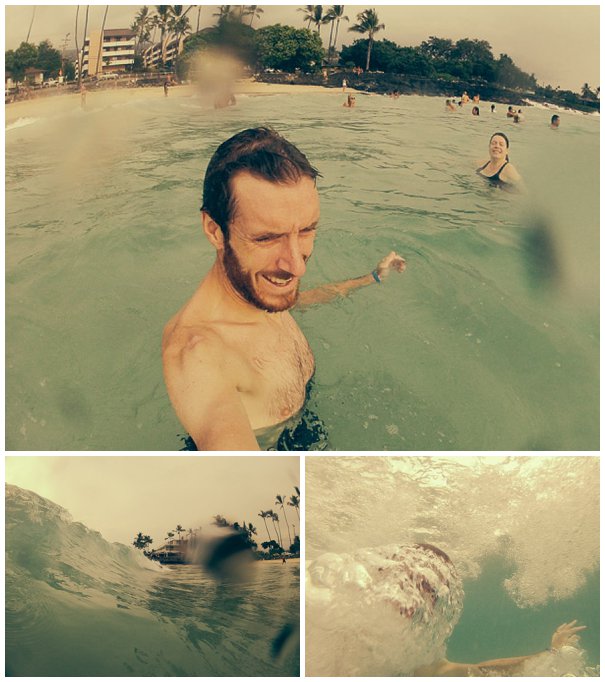 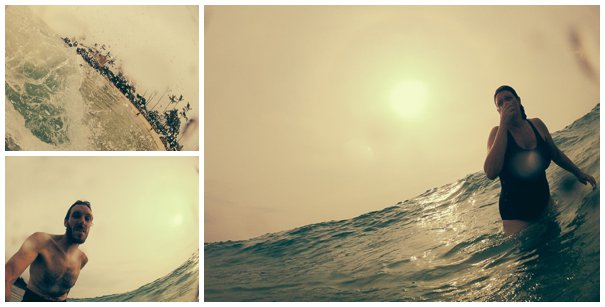 This was pretty much the extent of the day. Back home for a quick jump in the jacuzzi and then it was a BBQ along with a couple of beers from the Kona Brewing Company.

Tomorrow I may do some training. But not too much mind you!