OK, I really wanted a lie-in but it just didn’t happen - 5:20am. It’s been a strange old week since I got here. On the one hand I’m in paradise - the place I’ve always wanted to go to since I took up triathlon and started watching these videos on YouTube of the Hawaiian Ironman race. Now I’m here I keep having to pinch myself. The past week has flown by. On the other hand I’ve been experiencing it all on my own. Sharon’s been back at home working and only now is on her way out to join me (yay!). I’m writing this bit about an hour before her flight touches down in sunny (er, well it’s raining right now) Kailua-Kona. I’ve not explored the town fully, there’s tons of things I want to do but haven’t done yet as we need to do this stuff together, because as of today, Thursday evening the holiday starts proper. I was just here for a few days warming the place up!

Whilst immersing myself in all things Kona I’ve been reading blogs just like this one but from other people. At the moment I’m reading through the blogs of UK athlete Joanna Carritt. Reading an entry from early October 2009 she wrote about a bike ride in an altogether different direction, ignoring the Queen K highway and everyone else who cycles north. She wrote…

Today I took a ride south out of town, off in the direction of Captian Cook, on a loop known as The Painted Church Loop. The route heads out of town on the very rideable Highway 11, steadily climbing up, up, up through Honalo, Kealakekua and all the coffee plantations up there, before taking a minor road off to the right for the Painted Church loop. Having risen beyond 1500ft, you loose a lot of height on this loop, and climb again back to the highway the end of the circuit before heading home the way you came.

This sounds like fun! I didn’t want to do a long ride today (legs aching), there’s no running planned (hey, I ran four whole miles yesterday - I needed a rest!) and I don’t want to get addicted to swimming. This ride sounded ideal. Short but tough. 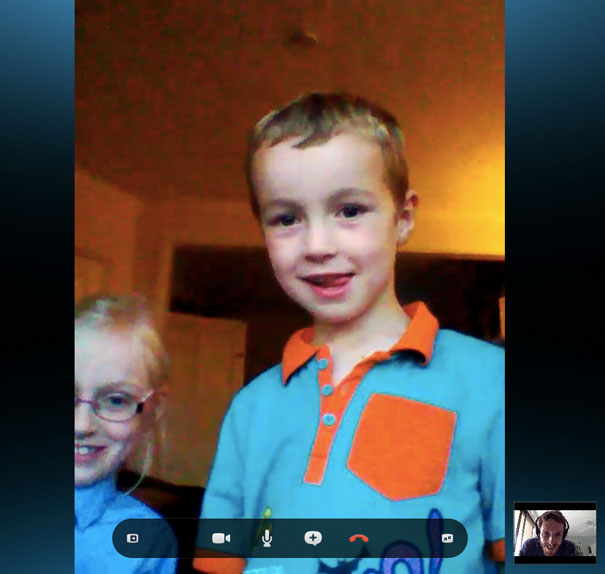 Over breakfast I checked the route on google maps (and loaded it onto my GPS, just in case) and had an amusing Skype video chat with my brother and their two children. They just couldn’t believe that I was nearly 7,500 miles away from them, and that I had just woken up and they were about to go to bed! I showed them where I was staying and they could see the palm trees, the ocean, the pool, etc. They were very impressed.

I got on the bike about 8:15 and for a 40 mile planned route I guess around two and a half hours would be reasonable. The sky was still pretty grey but as always I was head to toe in suncream.

The ride pretty much started with a climb of just over 9 miles at 3.2%. Climbing from sea level to about 1500 feet elevation. That got me warmed up, that’s for sure. It levels out through the town of Kealakekua and then there’s an awesome descent (for about 6 miles) to the beach. The roads were a bit wet on this twisty descent so I had to be really careful. The last thing I want is to hurt myself in the lead-up to the race. On the descent I passed probably the best road-side stall I think I’ve ever seen - a Lei stall. Only in Hawaii I guess… 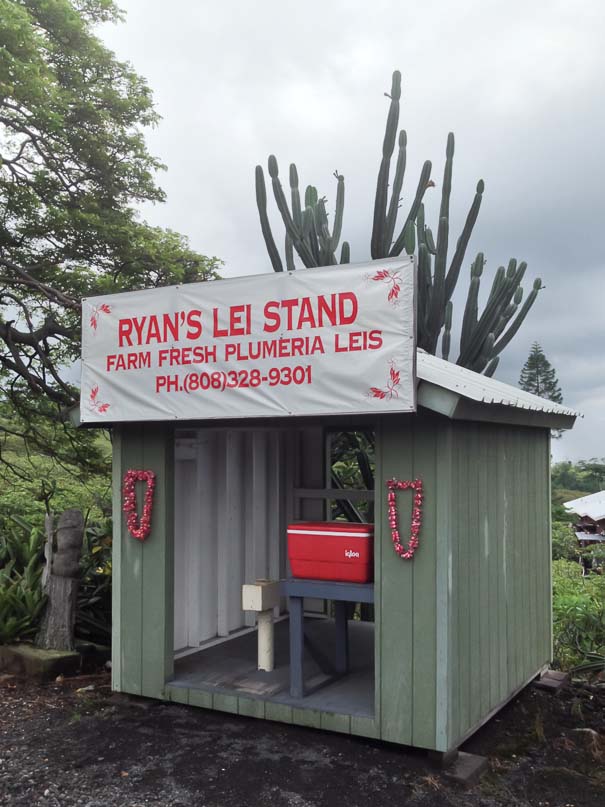 Down at sea level it was nice to ride on a flat surface for a little while. Looking up at the hills there were some crazy black clouds rolling in, full to the brim of rain by the look of things. I expected the worst but somehow avoided it!

I turned onto the “Painted Church Road” and somehow rode straight past the thing! I’ll have to go back and have a better look for it. Heading back up the hills into town some of the roads were really wet as it had just rained. I was lucky to escape what looked like quite a downpour. 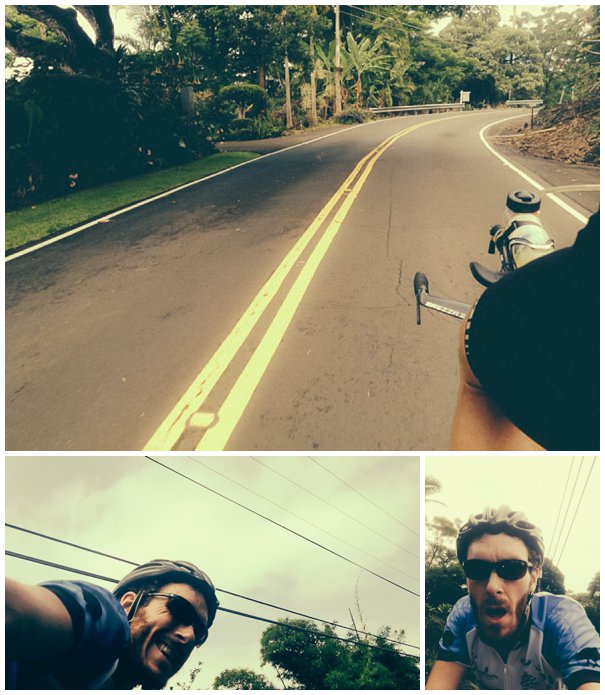 Yes, in the bottom right photo I’m gasping for air as I climb the hill!

The ride back to Kona was fantastic. All the hard climbing had been done and I could just hammer it back along the highway. On one stretch of road my GPS was reading over 50 miles per hour. Good job the limit is 55! Hula Hula Baby!!

I got back to Ali’i Drive with about 38 miles on the clock. To make it up to 40 I thought I’d easy pedal to the beach up the road and watch the surfers and then head home. 40 miles of riding with 4,500+ feet of climbing. That’ll count as a hill session I think.

After cleaning myself up I jumped in the car and went back to the same beach but with the camera as I wanted to see if I could get any photos of the surfers in the distance (my 200mm zoom just wasn’t good enough without a good bit of cropping). Of the say ten people out surfing, there was one person (a young lady) who was so much better than the rest. She was really good. I got chatting to a local guy who was watching the surfing as well and he pointed out a couple of turtles that were playing in the shorebreak by the reef. They were hard to spot but every now and then you’d see a little fin break the waters surface. Sweet. 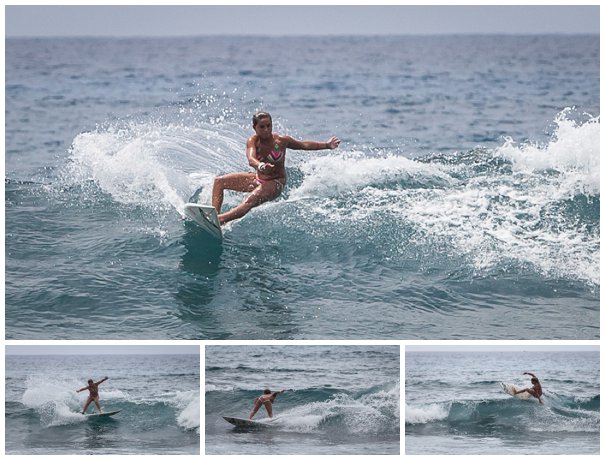 I then headed to the local florists - Island Orchard at tropicalflowers.com and picked up a lovely lei to give to Sharon for her arrival. Michael (who served me today) and Amy (who I saw yesterday) from the shop were lovely and we had a good chat. They support the Ironman each year (and have done for many many years) at the aid station outside of their shop and made a note of my race number and name and will see how I do on 12 October. Mark Allen (he’s an Ironman Hawaii Legend - a six time winner here in Kona) is a regular customer of theirs each year.

The afternoon consisted of a little tidying up and some shopping ahead of a visit out to the airport to collect Sharon. The flight was due in just before 7:30pm (I could check its progress online) so I grabbed a couple of cold drinks and of course a fresh flower lei for my lady and headed off… 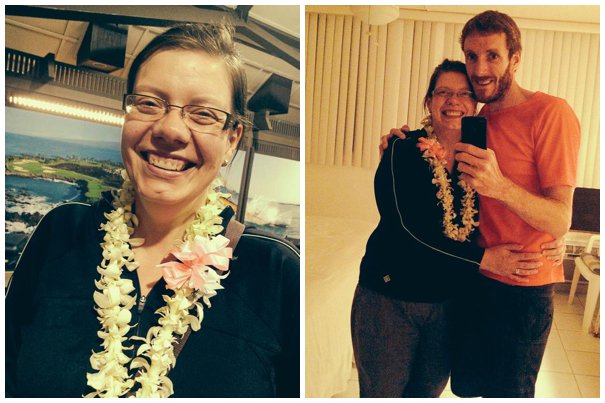