It seems that swim time is at around 7am each morning. This morning however Sharon and I were at the pier by about 6:45am and I didn’t get my feet wet until gone 7:30am! We hung around just watching what was going on, along with a sea turtle that decided to have breakfast on the algae by the pier.

Before getting in the water we saw professional triathleteDirk Bockel getting ready for a swim. I went over, wished him good luck, said that I loved his recent film/documentary that he put online. He was really friendly to Sharon and myself and was more than happy to have a photograph taken. 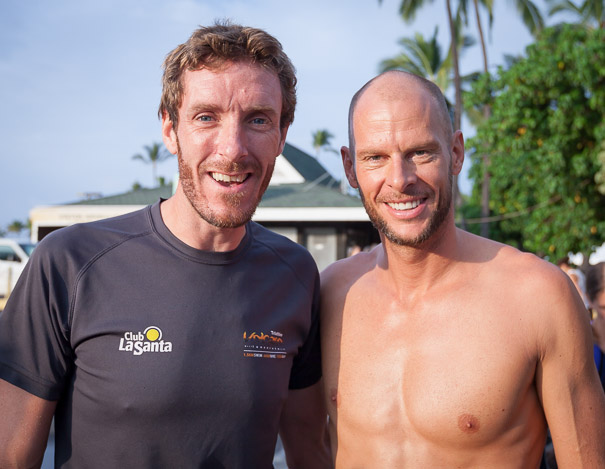 I took my GoPro (with its nifty but highly strange looking chest harness)out this morning for a bit of filming and photos and together with my Funky Trunks don’t you think I look something special? 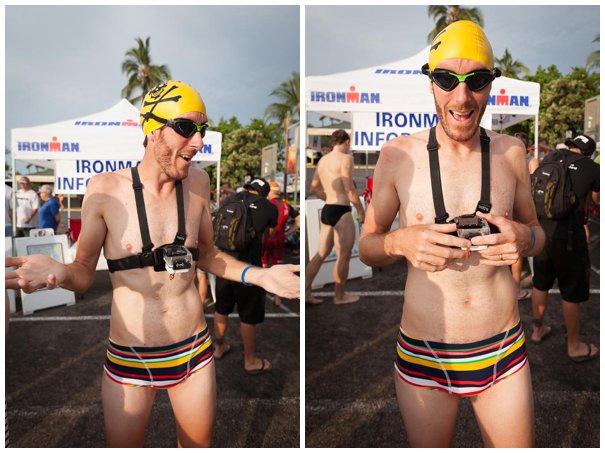 The most recent addition to the ‘Kona 2013’ gang was Nico and Luzelle. Nico qualified at Ironman UK and they arrived in Kona yesterday evening. I’ve decided that I won’t get much fitter or faster by putting in monster swims this week so this morning was just a little splash out to the coffee boat.

The coffee boat is pretty much what you think it is. A boat, with coffee. Coffee’s of Hawaii, a local company, parks up a little boat about 400m from the pier and serves free espresso shots to swimmers! It sails on in during race week and is a great excuse for a swim even if you don’t fancy one (which for me is normally most days!). To be honest, I’m loving swimming here in the ocean, whether there’s a coffee boat or not.

I’ve heard about this boat for a few years and the awesome IMTalk podcast have done recordings from the boat in the past. They’re not here this year (they’ll be back in 2014). It was great to see it moored up when walking to the pier this morning. Seeing the boat means that it’s race week. It’s really happening.

I swum out to the boat and then treaded water for about 10 minutes or so and just chatted with friends where were also there. I couldn’t believe it but when I was offered a drink there was the option of cream and sugar if I wanted! How civilised. 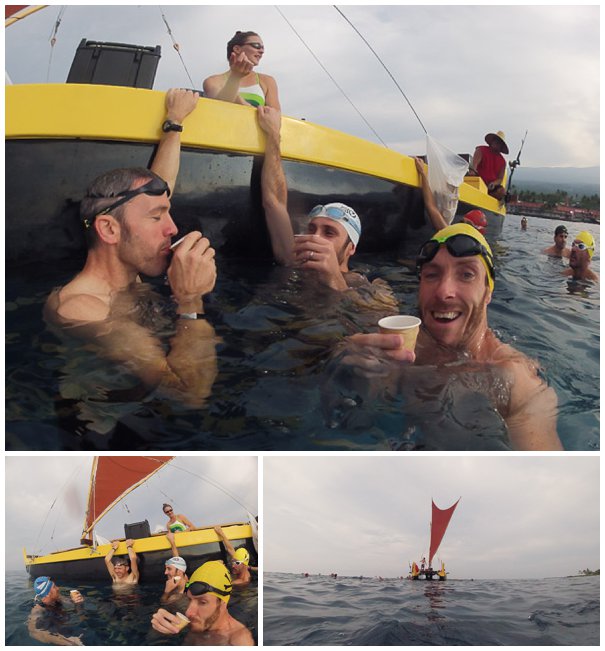 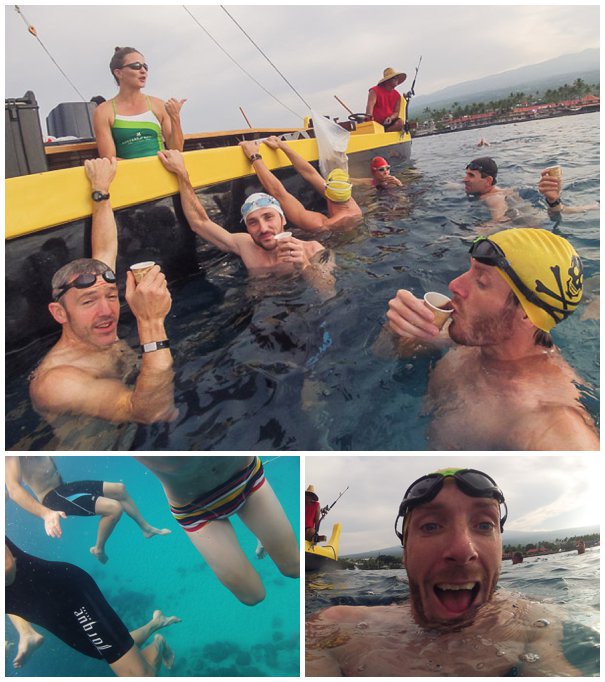 Paul, Nico and myself swam back to the pier together (Paul later apologised for tapping my toes so much on the way back in) and after more chit-chat we walked down the road to have a drink and talk some more! 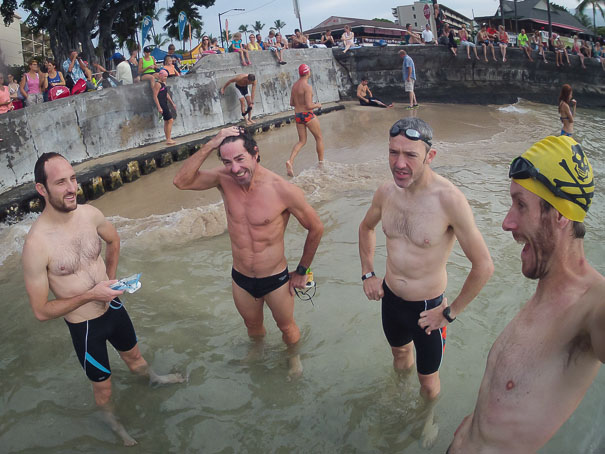 Now, back to the serious talk of racing for a moment. In addition to my HTFU (harden the f**k up) attitude where I train what I think I need to train, rarely have a sports massage (well, the last one I had was in April 2011 before the Brighton Marathon), I don’t have coach or schedule, eat what I fancy, have a beer or two (even in race week), don’t do this high fat non-carbohydrate diet stuff and don’t over plan race hydration (gels every twenty minutes seems to work for me so far) I’ve never had one of those fancy aerodynamic cycling ‘pointy helmets.’ - until now that is…

Well.. one of the manufactures of such headwear, Rudy Project, announced an offer a couple of months ago for people racing in Kona this year. They released the following press release:

After holding the top spot for two consecutive years as the #1 most worn Aero helmet at the IRONMAN World Championships in Kona, Hawaii, Rudy Project is pleased to announce an incredible sponsorship deal aimed to give any athlete racing at the world’s most prestigious triathlon a leading edge - The Kona Racing Kit - afully customizableset of gear including helmet, sunglasses, extra lenses and deluxe cases for the astonishingly low price of just 65 USD / 50 EUR.https://www.rudyprojectusa.com/press/?p=1480

This was an offer too good to refuse. RRP for these is £190 for the helmet and £125 for the sunglasses. All for about £45. A bargain. I placed this order a week or so after qualifying for Kona and this morning I was able to collect my swag! 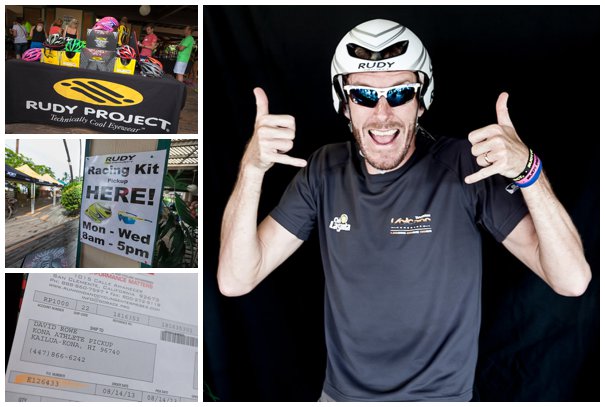 So… 2013 has been quite a year in me becoming a ‘real’ triathlete. I now have a time trial bike, a pointy helmet and special cycling glasses!

We didn’t get home until 10:30am. That’s about four hours after leaving home and I probably swam for no more than 15 minutes this morning. This is like a parkrun day back in the UK where we’re out of the house for four hours and only run 5km.

I’d arranged to meet up with Paul and Nico for a little bike ride on the Queen K. We rode, we chatted and we laughed for a few miles out to the airport. 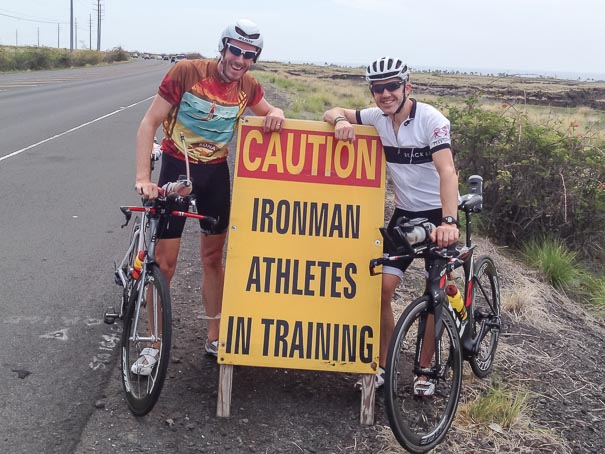 Just past the airport (about 10 miles from ‘home’) we turned around and just as we were doing so Dirk Bockel came flying past heading back to town from a ride so we gave chase! Not really. He was taking it easy and had a photographer in a car leap-frogging him all the way back to town. 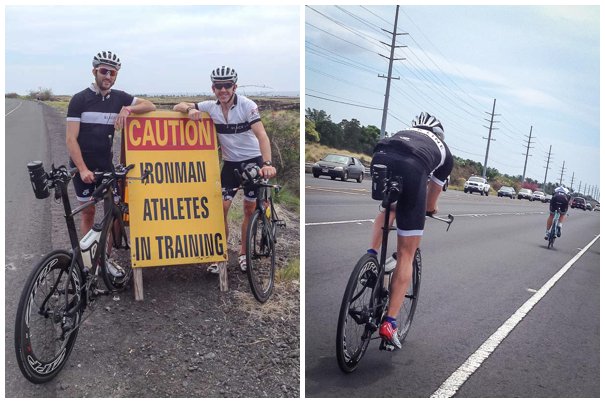 Nico and Paul at one of the many signs that are beside the highway. Nico gives chase!

Back home for a big old smoothie and a rest for a couple of hours (well, I actually started writing this blog and looking at the photos from this morning).

As part of my plan to soak up everything Hawaii and Ironman this evening Sharon and I went to the ‘Heroes of Hawaii’ event that is part of the official Ironman 2013 Schedule of Events. This free event was at the main race hotel (King Kamehameha Kona Beach Hotel) which is right beside the pier in town (the same place where the swim race finished a couple of days ago).

Sharon and I were wondering beforehand whether the event would be a bit tacky but oh were were completely mistaken. It was fantastic. Upon arrival the Luau Grounds (a Luau is a traditional Hawaiian party/festival) were set up with a number of little demonstration areas allowing visitors to learn about and take part in creating things such as flower leis and taro (a traditional Hawaiian food) amongst many other items. 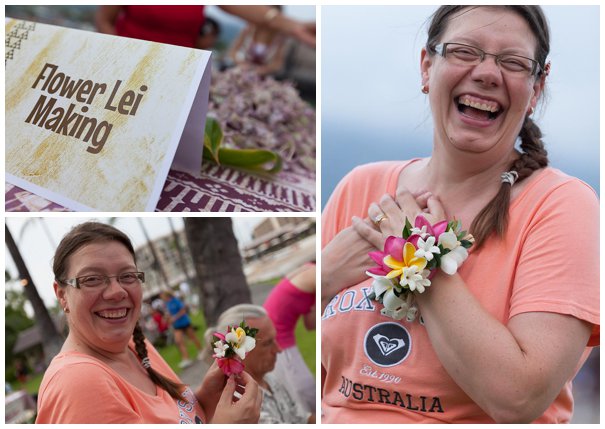 Whist this was happening a small boat came into shore with King Kamehameha the Great on it (well, I don’t think it was actually him - but it was a really good display) with a running commentary throughout. 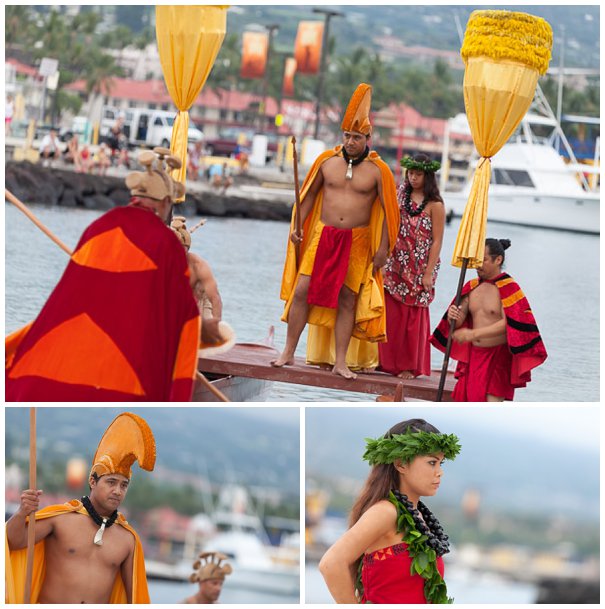 Whilst looking at some of the displays I saw Paula Newby-Fraser. She is ‘The Queen Of Kona’ having won the race eight times. She’s had tough days on the big island as well (YouTube can attest to that!). She was really friendly and more than happy to stand tall whilst I crouched a little to get a photograph! 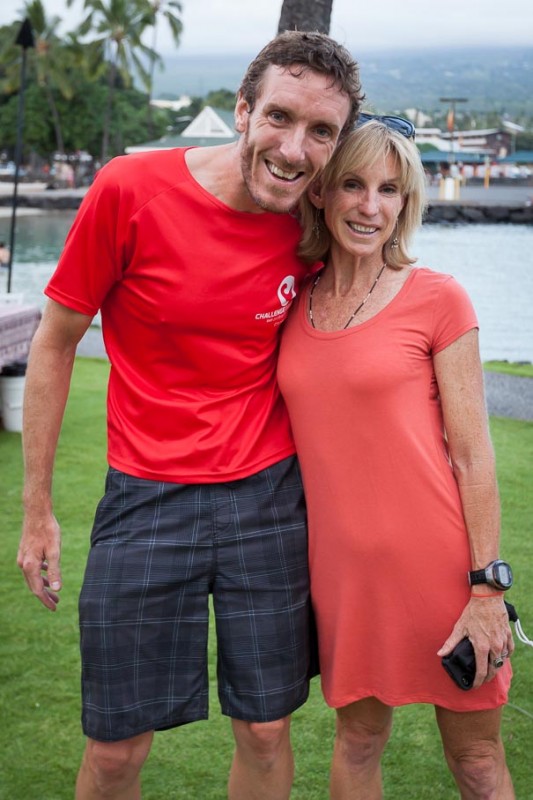 The event was about Legends of Hawaii and in between some short video clips highlighting famous Hawaiians a presentation of some of the legends of the Hawaii Ironman was made up on stage. 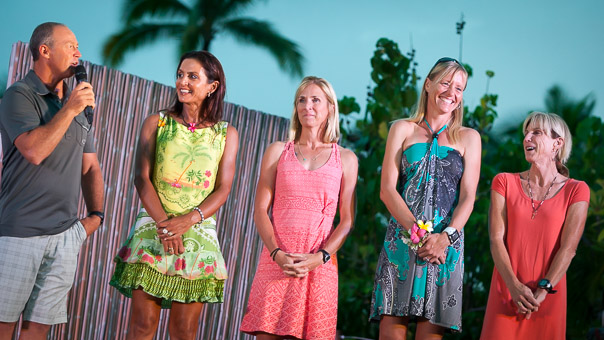 We had (from left to right in the photo):

It was a real shame that so few people were there (perhaps a couple of hundred at most). The event was part of the official schedule of events and competitors and their families were invited. On the one hand it was a shame, but on the other hand it made it more enjoyable that the place wasn’t completely packed out.

Whilst getting a drink I chatted a bit to Greg Welch (comparing the British and Australia language differences). The bloke is lovely. They had a few Ironman World Championship 2013 posters available and I got one and asked Greg to sign it for me. I didn’t go after any other signatures.

There was live music, hula dancing from a keiki (childrens) group and also some adults. As one of the songs they danced started I thought ‘oh, this is western pop song that I know’ - a few seconds later I realised that it was a Hawaiian song that I’d heard on the radio station many times. I tell you, the only music I’ve heard in over two weeks is Hawaiian. It’s almost in my blood!!! 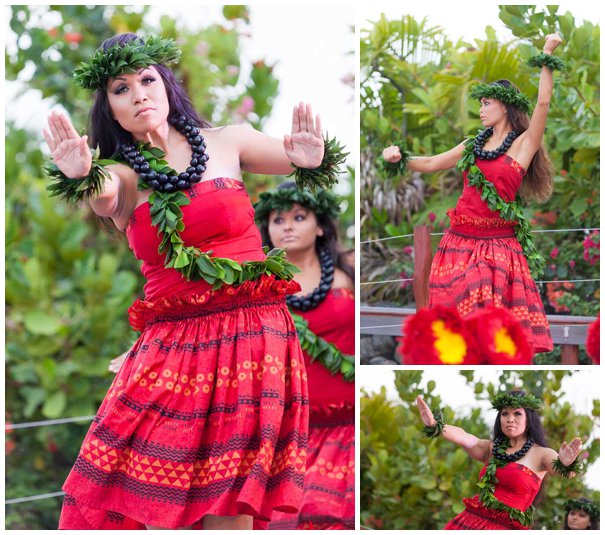 At the end of the evening all of the people who’d been giving demonstrations of Hawaiian culture came up on stage. All the athletes taking part on Saturday were asked to stand up and make themselves known. There were only about 10 of us there. We were then sung to by the men and women on stage. It was really quite emotional.

Finally there was a blessing to the athletes taking part from the an elder - a respected local gentleman.

At the end of the evening on the way home I said to Sharon, “I’m going to be so bloody miserable when I leave this place.”