Today, Wednesday, was the first day in a while that we’d not seen any of our friends who are out here - partly as they’ve all pretty much gone home now. We’ve got a couple more days before we head to our ‘real’ home back in England so now that the race is out of the way we went on a bit of a road trip up to the north of the island. 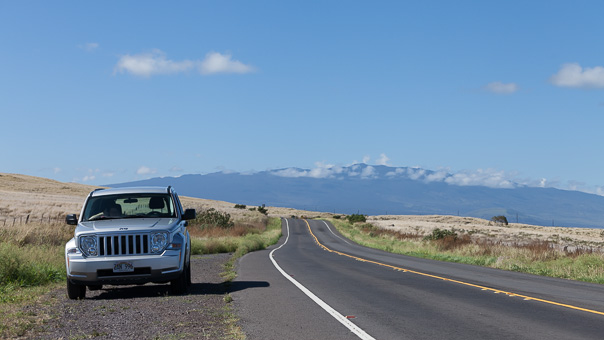 From Kona we headed north on Highway 190 to Waimea, and from there on the Kohala Mountain Road (Highway 250) to Hawi. The mountain road is stunning. This whole area reminded us a lot of driving around the south island of New Zealand. Green, lush and warm. I had planned to cycle this road at some point during my stay here on the big island but it’ll have to wait until next time (yes, there will be a next time - I just don’t know when). 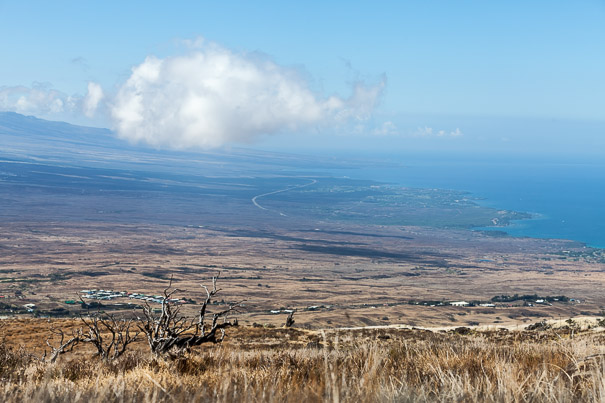 The view of the ‘Queen K’ highway (part of the Ironman bike course) from Highway 190.

Part way along this route you see a large mountain ahead of you. It’s not Hawaii, it’s actually Mount Haleakala on Maui, about 30 miles away across the Pacific Ocean. I’ve always wanted to go to Maui. The north shore of Maui is the ‘home’ of windsurfing with some of the best conditions (and sailors) in the world. When I was growing up and into windsurfing I always wanted to go there. This was before I had heard of triathlon. Then my allegiance switched from Maui to the big island of Hawaii. I’ll visit Maui one day, but for now I’m happy just seeing it in the distance.

From Hawi we headed east, through Kapaau where you go past the Original King Kamahemaeha Statue and then continue to the Pololu Valley Lookout. 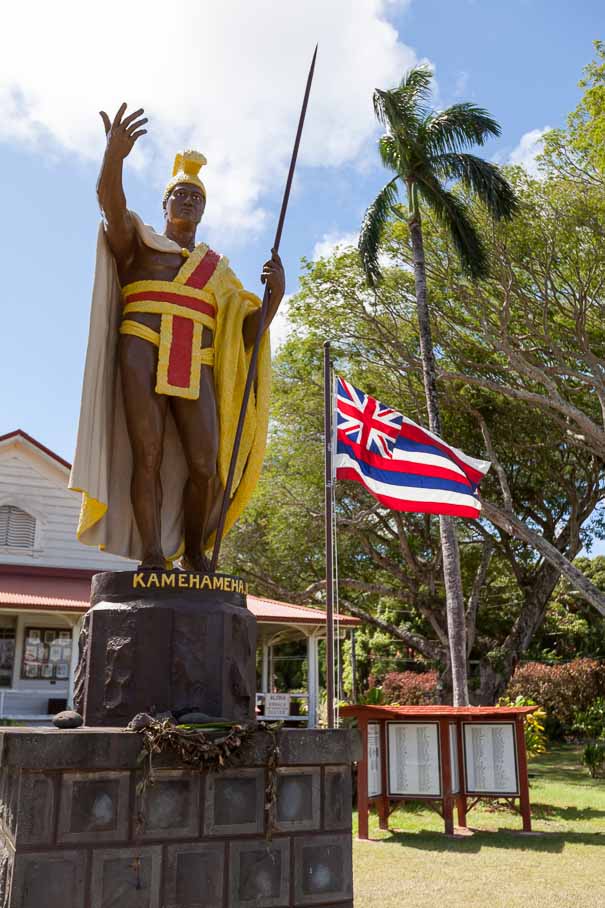 Before we got to the Pololu Valley Lookout we stopped briefly at St. Augstine’s Episcopal Church as it looked like such a nice building from the road. It was just as stunning close up. 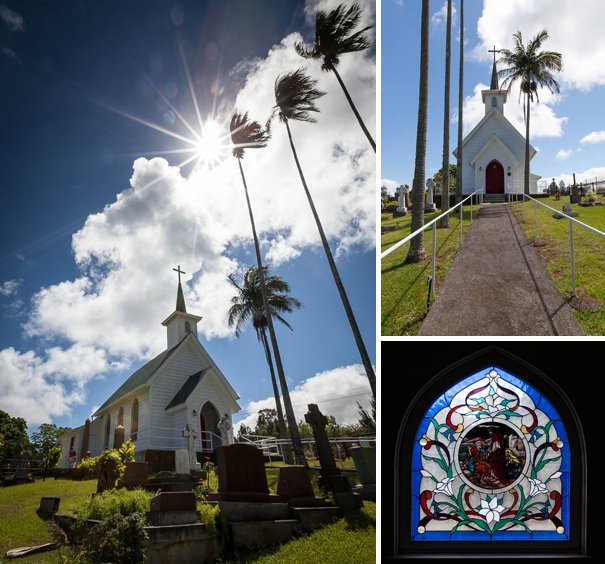 After parking (it was pretty busy - meaning about 20 cars parked up) at Pololu Valley Lookout as we started the walk down the path towards the beach below (we only planned to go half-way) there were a number of warning signs - Dangerous Shorebreak, Strong Current, Hazardous Cliff and Falling Rocks. I suggested that Sharon went ahead of me. That’s so that if there were any problems I could save her. Honest! 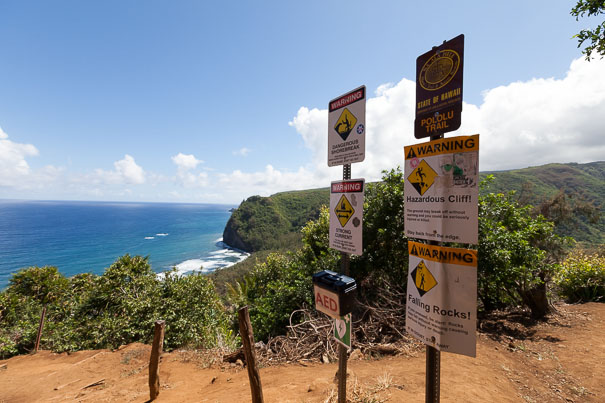 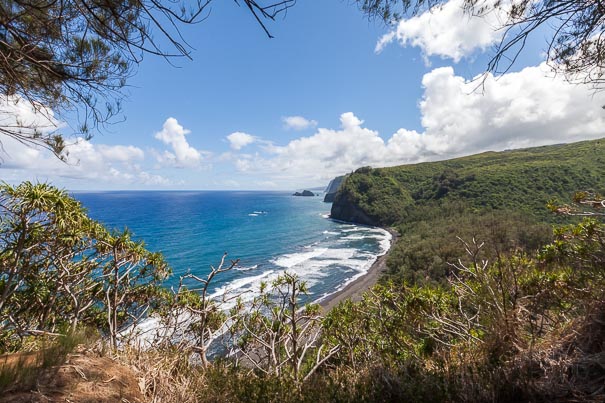 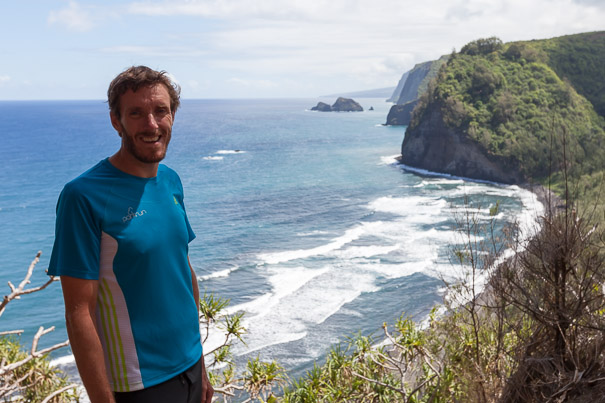 After returning from the walk (and pumping up the air-conditioning in the jeep to max!) we found ourselves pulling into Keokea Beach Park where we stopped for a picnic lunch. It was lovely, apart from when I walked into a huge spiders web at the toilet and almost got bitten to death by something poisonous. Perhaps. When I got back and told Sharon the story she decided to ‘hold it in’ until we stopped somewhere else! 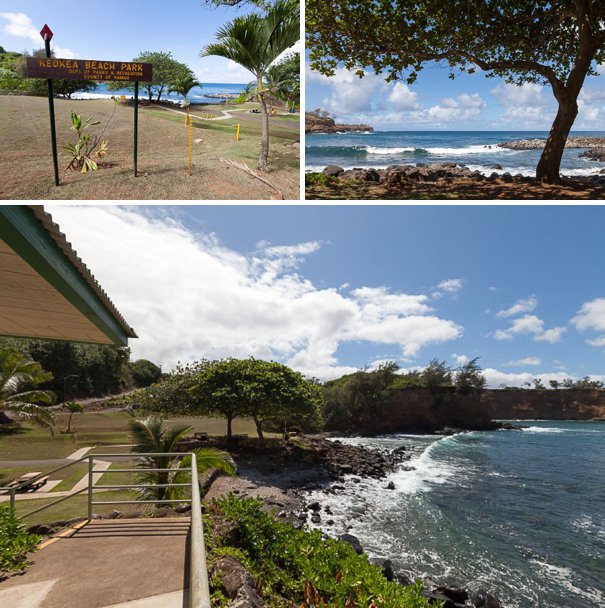 Continuing back towards Hawi I read in our guidebook about a dirt track that headed to Kauhola Point - in 1933 there was a lighthouse that was 85 feet from the edge of the cliff. In 2009 it was demolished due to erosion at its base.

We tested out our four wheel drive jeep and headed down a very very bumpy dirt track for a mile or so. Thankfully we didn’t come across any vehicles coming the other way. 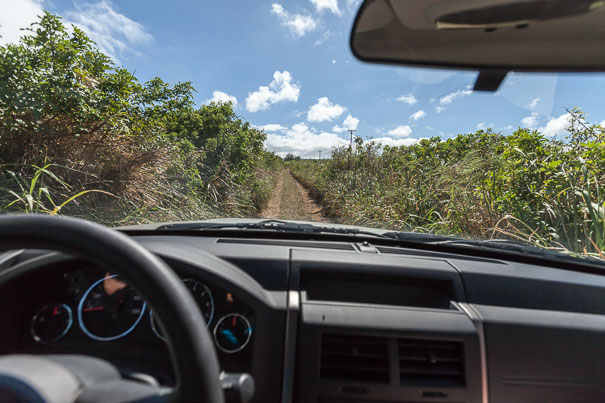 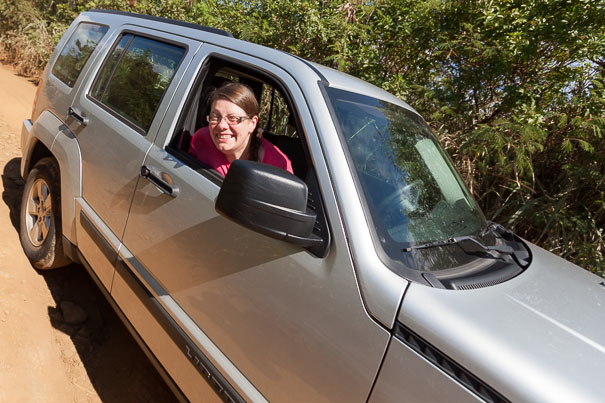 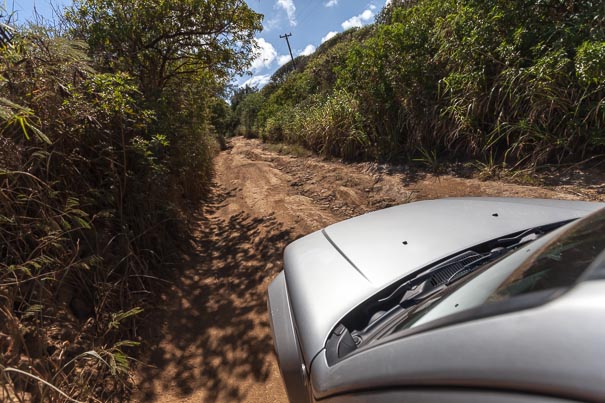 There’s now a new lighthouse (of sorts) - more like a big pole with a light on the top. Nothing like an ‘English’ lighthouse, that’s for sure! 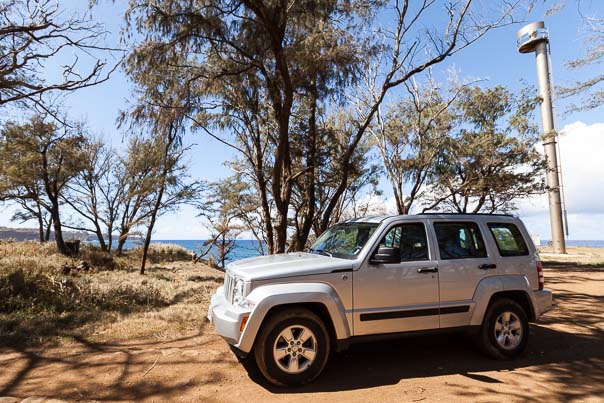 This is a very undeveloped area of the island and is fully exposed to the elements.

As we left we saw a sign that said “Historic Kamehameha Fish Pond.” Fair play to the guy for calling it a fish pond but it looked a lot more like the Pacific Ocean to me! Plenty of fish in there though I’m sure! 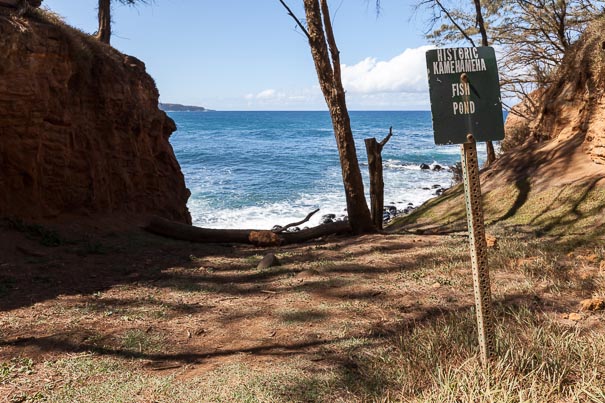 We eventually got back onto the main road down from Hawi toward Kawaihae, which is the second half of the Ironman course, and I proceeded to tell Sharon about every bump and gradient change in the road. Moments later she said she was tired and had a little snooze!

Major disappointment arrived when I tried to buy a coconut shave ice/slushie at the shop in Kawaihae that I went to a couple of weeks ago. There wasn’t any! Shocking.

We left there, I cried my eyes out (not really but I was a tiny bit upset!) and headed back towards Kona. Making use of the 4WD once again I found another dirt track beside the main road and we explored a beach, before heading to the Natural Energy Lab and finding yet another surf beach along another 4WD only ‘road.’ There was no surf so we headed back in the direction of home.

In my quest to see a little surfing action today we stopped off at one of the local ‘breaks’ about a mile or so past our condo, Banyans. There were quite a few people out as the sun was setting including a boy who must only have been 10 years old. He was making it look so effortless. Very impressive.

The sun set, I took a photo and then something fell out of a huge palm tree above me and landed on my head. I felt something land in my hair and this was followed by Sharon saying something like “oh… there’s a gecko in your hair!” 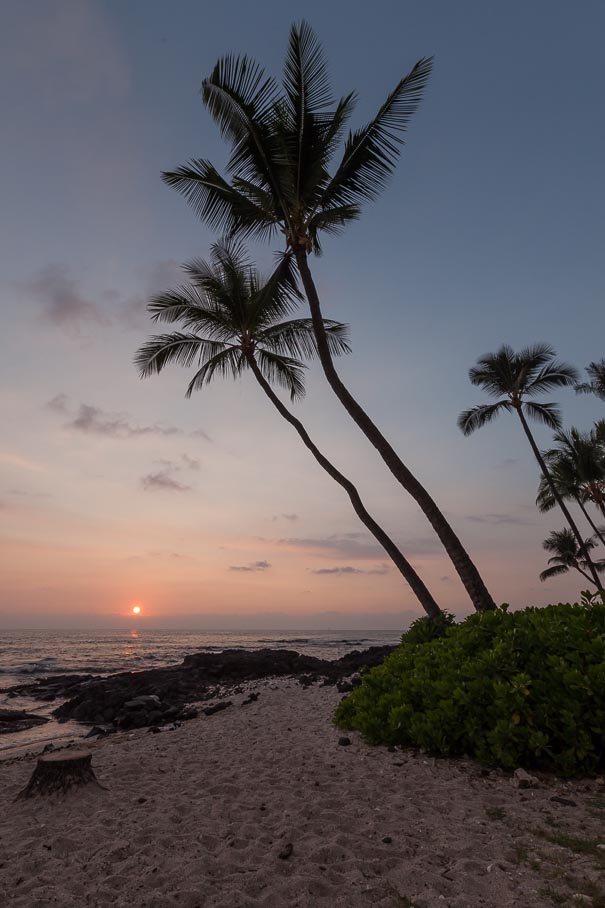 After shaking the 4cm long gecko whilst looking as cool and unflustered as I could in front of the other people on the beach who were watching the surfing/sunset we headed home to make inroads on the large stash of unopened beer bottles that are in our fridge. *hic*

PS. In yesterdays blog entry I wrote that the only sign that Ironman was here was the huge sign outside the King Kam hotel. Well… at some point today it was removed. Ironman has well and truly left Kona for another year.

PPS. A quick post-race recovery update - my quads feel mostly fine, but the sole of my left foot is very sensitive and fairly painful from the blisters. Oh, and my cankles are still there, but shrinking ever so slightly.