So, this is it… race week! Hmn, well, it’s race week but I’m not race ready. This post will probably just read like a list of excuses and writing about my lack of training. Sorry! 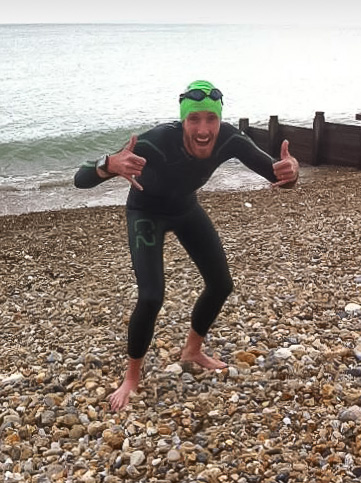 Since the last post we’ve picked up the keys to our new house (it’s lovely) and we’re now living by the sea. Close enough that I can walk out of the front door in my wetsuit and be in the sea swimming in just over a couple of minutes. Taking advantage of this proximity to the English Channel and the recent warm weather I’ve been out a couple of times. The sea is a lovely temperature for (wetsuit) sea swimming. A couple of weeks ago I swam along the coast to a local cafe, met some friends for a coffee and a chat and then swam home. It was ‘almost’ like the Coffees of Hawaii boat in Kona last year. Almost.

So, I’ve done a little bit of swimming. No long swims (i.e., anything over 3k) however. I’m going to treat the two lap 1.9k swim in the race (with a little run on the beach each lap) as two separate 1.9k swims (and not a single 3.8k). I hope it feels like that else I’m screwed!

Next I’m onto the bike. Cycling training has been reasonable. I’ve only done one 100+ mile ride in training but I’ve done a lot more riding than before Kona last year. Kona being my most recent race is the current benchmark training wise. I had an issue with my time trial bike recently when the aero-bar clamp screws snapped whilst on a ride - a two week wait for a replacement part was frustrating but I at last got the bike back in action a couple of days ago and got a couple of rides in before packing it ready for travel. 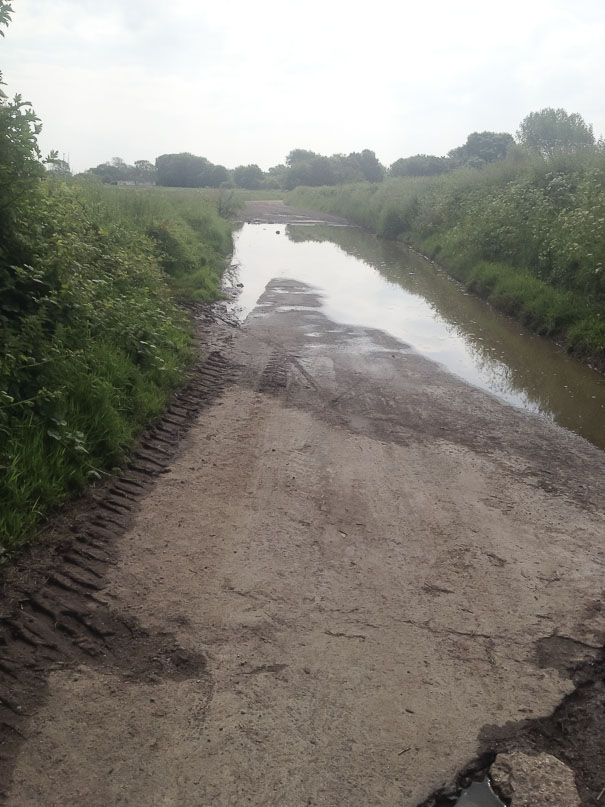 My GPS cycle computer tried to take me down this road recently. I refused. It beeped a lot at me. I still refused.

The plan for Sunday’s race is to give the bike a good solid push. Probably not as hard as at Ironman UK as I don’t think I’ve got the endurance in me for that right now. Just a good old push and see what happens. I’m excited about the course. I’ve never ridden it before (infact I’ve never ridden a bike in France before) so it’ll all be new to me. I’d have loved to have ridden the course a few times in training but it just didn’t happen as we had other more important things going on (i.e., moving house).

Running… this is going to be interesting. My longest run in the past couple of months has been about six miles. Yes, six. I’m hoping that the fitness from my 20 mile run at the Spitfire 20 in mid March will still be with me on Sunday. We’ll soon find out! I plan to run as far as I can and see what happens. If my foot really starts playing up then I’ll have to pull out but right now I believe I’ll be able to make it through the run. I do know that next week my legs are going to be absolutely destroyed and stairs will not be my friend! 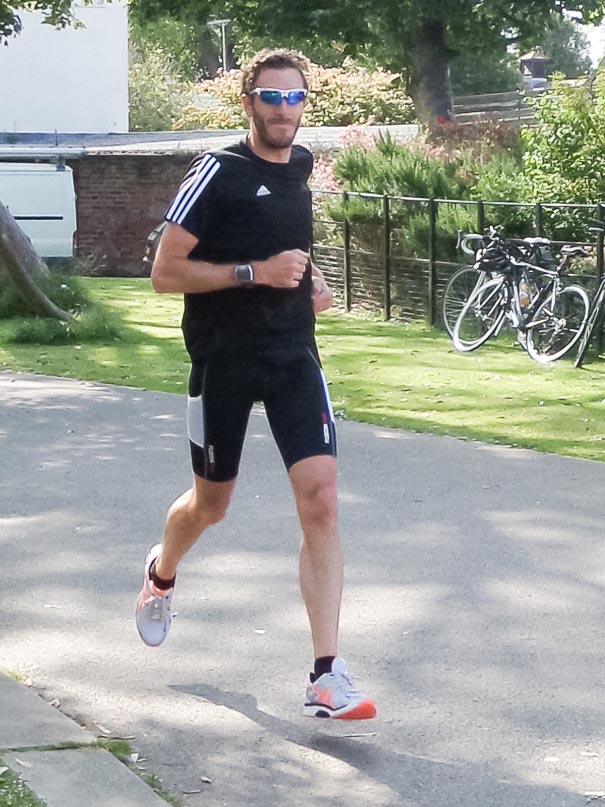 Three days after moving into our new house a new parkrun started nearby - about a mile from our front door. It was always a bit of concern if the run/people/atmosphere wouldn’t be very nice. Well, after five weeks I have to say that I’m loving Bognor Regis parkrun. The course (although four laps) is lovely with lots of little twists, turns and meanders through the park where you get to see people almost all of the time. The volunteers are amazing - there’s a fantastic group of people involved which makes a huge difference. Oh, and every week (yes, every week) there’s a ridiculous amount of homemade cakes to eat post run! I’m so happy that everything I love about parkrun has found itself in my little corner of the world.

Of course I do miss Bushy parkrun and our friends who are there each week but I’ll be popping by whenever possible.

We had the absolute pleasure a couple of weeks ago to be joined at Bognor parkrun by founder Paul Sinton-Hewitt - the day after being recognised in the Queen’s Birthday Honours for services to grassroots sport. Paul had just been chosen to receive a CBE (‘higher’ than an OBE or MBE and one step from being a Lord)! It was a real pleasure to see him down at Bognor and we had a great day out by the seaside with him and Jo. 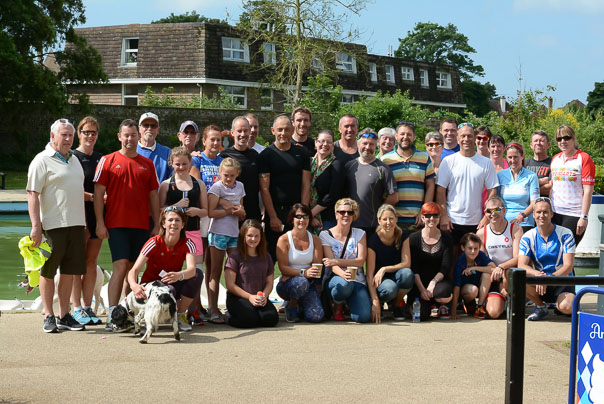 Finally, the million dollar question - am I aiming to qualify for Kona. Well… if I qualify on Sunday it will not be anything to do with my talent - it’ll be because everyone else is crap. I shouldn’t be anywhere near qualifying based on my training and fitness levels right now (and there’s over 600 people in my age group all chasing half a dozen or so slots!). All I plan to do is have a good swim, a solid bike and hang on in the run as long as possible. I’ve got a few friends qualified already for Kona this year and I know others chasing those magical World Championships slots. I just won’t be joining them this year.

I’d love to qualify again in the next few years. Quite frankly I won’t be too depressed if I don’t get to go to the ‘big dance’ this October. I’d be happy to enjoy some time in our new house and spend some money on work that needs doing to the house rather than an expensive holiday to Hawaii. I mean that. It would be nice to go to the parkrun 10th anniversary celebrations as well this year.

Ironman France is a holiday for Sharon and I, with a long training day on Sunday. I’ll do my best, I’ll smile at the finish and look forward to a few beers post race and on Monday with some good friends who are coming over to support and the rest of the ‘pirates’ who are racing this year. It’s going to be a lot of fun, that’s for sure.