Thursdays plan was for a 3k lake swim, a 10k run and a 106k (66 mile) bike ride - and a rather hilly one at that. The run needed to be done at some point, either after the swim or after the bike ride. I was rooming with Adam K. and he suggested getting on the early ‘bus’ to the lake, doing the 3k swim and then running back before breakfast and then the bike ride. This would mean I didn’t have to run later in the day. That sounded good to me.

We were given the option of doing a 3km or 6km swim (for an extra ‘point’). I don’t think I need to say what option I chose.

For some strange reason I woke up at 4am and didn’t get back to sleep. I got up at 6am (I’m loving the little filter coffee machines in the motels we’re staying at) and then got myself sorted for the journey to the lake at 6:45am.

The lake we arrived at was simply stunning. Actually, it was beyond stunning. I’ve never swum in anything quite like it it. It had the vastness of Doubtful Sound in New Zealand. It was incredible.

My GPS is terrible for swimming so I just use it really as a stopwatch. I guessed that if I swam for about 27 minutes or so, turned around and then swam back that would be more than enough. So that’s what I did. I swam out close to Adam and Gary and when I turned around they headed off to get a 6k swim in. I’ve never swum 6k before and today was never going to be the day I tried.

Swimming back I occasionally stopped just to look in awe at the surroundings. It was incredible. 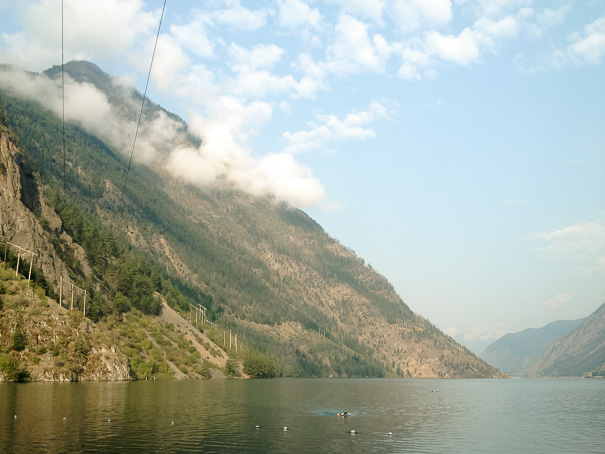 Back on shore I got my run kit on and four of us (Gareth, Adam, Douglas and myself) headed back to Lillooet to do our compulsory 10k run. Like many ‘Epic Campers’ we ran shirtless - not because we’re buff looking athletic types (well, most of the others are - I clearly am not) - but because it means less clothes to wash! 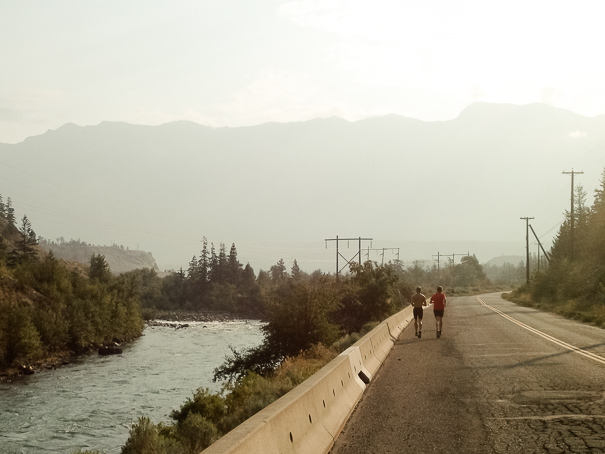 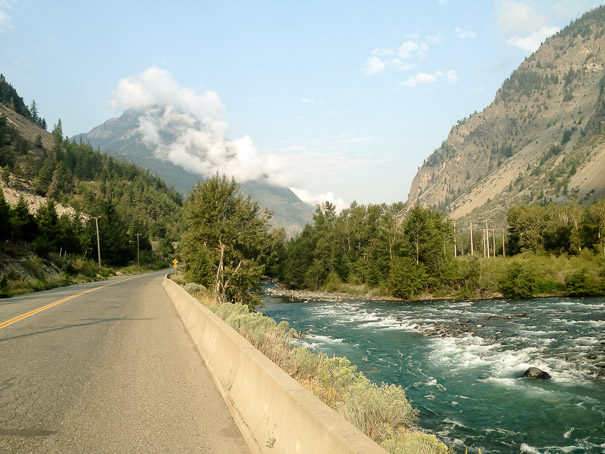 After a quick shower it was time to load the van with my bags and then have breakfast. More coffee, banana, a bowl of cereal, some yoghurt with a couple of slices of toast and honey to set me up. Just after 10:45am we rolled out of town for the ride to a small town called Clinton - about 68 miles away. 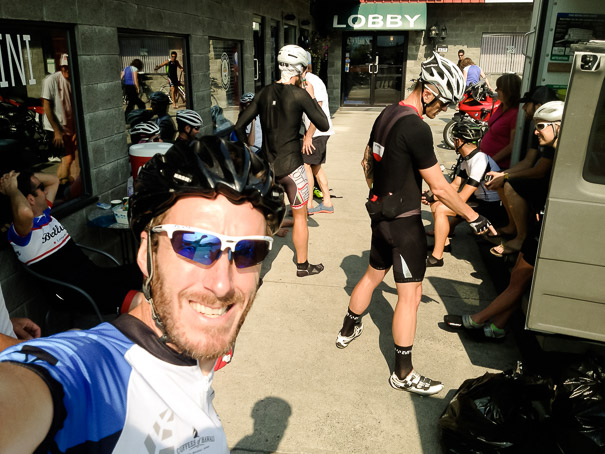 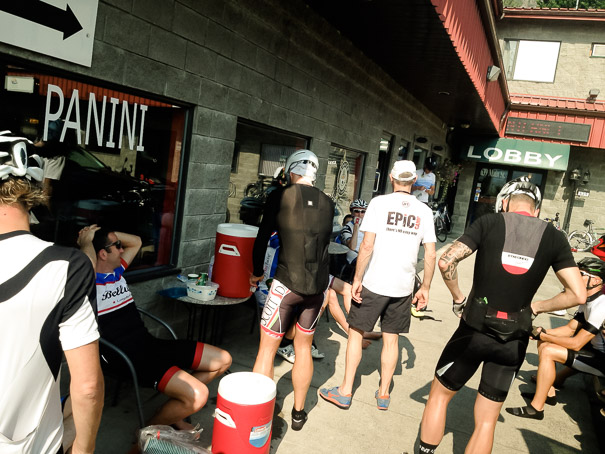 There had been a recent mudslide on the road to Clinton and we almost had a very different ride to do today - it was going to be 190k (118 miles) but thankfully the road was semi-open and we’d probably be held up at some stop/go signs in the affected area.

As we rolled out of town the group spread out pretty quickly and I kept myself near the back. There’s a small group of us that seem to like it back there. I like it. Remember, for me this is about ‘Camp Completion’ if possible - none of this extra points nonsense (well, apart from the extra point I get for regular blogging).

Early on there was a terrible section of road on a downhill that was just mud and gravel. It was very unpleasant but after that for about 40km it was fantastic. The road was wide, there weren’t many cars around and the scenery incredible. It was a beautiful day as well.

About 27.5 miles in we were stopped by a road worker because of the mudslide ahead. He said we’d probably have to wait about 20 minutes before we could set off. This was a fine opportunity for a rest. We were also joined by Gary who’d been having a few mechanical issues early on. It was good to have him join us, even if he did continually ‘sing’ the song ‘On The Road Again.’ When I say the song, I mean the first line. Again and again. And again. 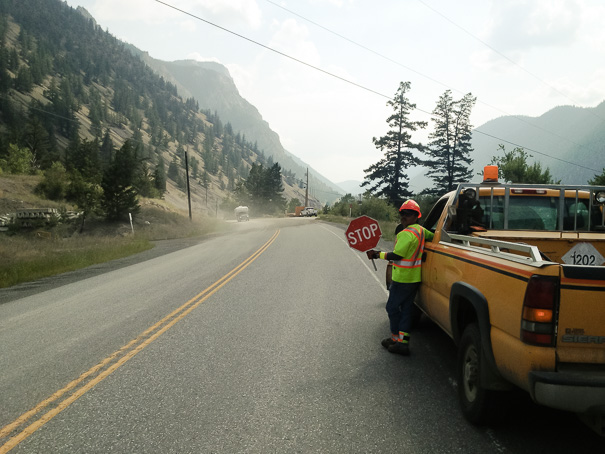 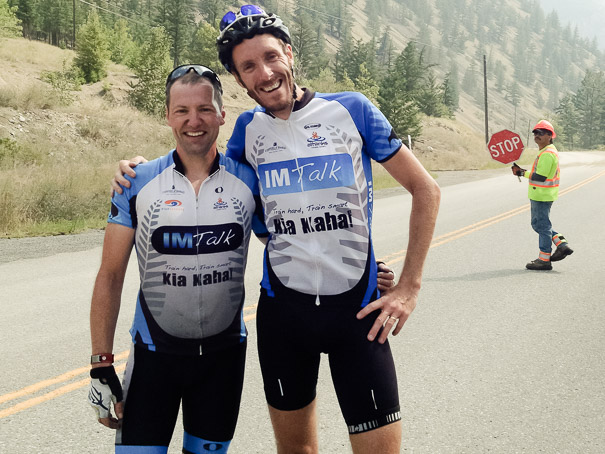 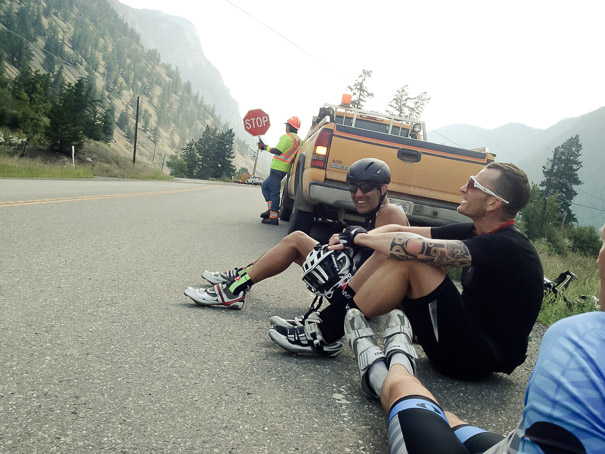 After 30 minutes of waiting we set off through the mudslide area and it wasn’t long before the mid-ride stop. 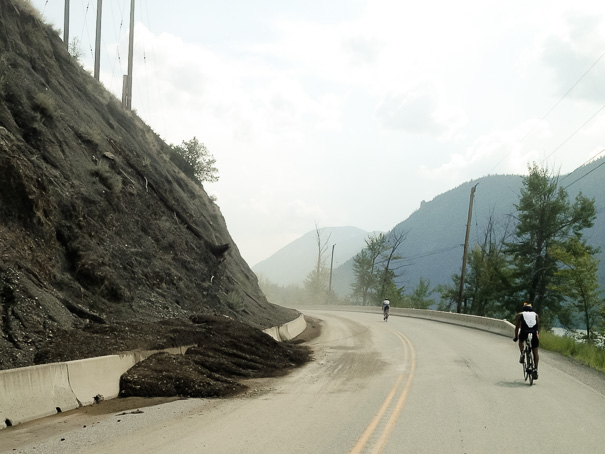 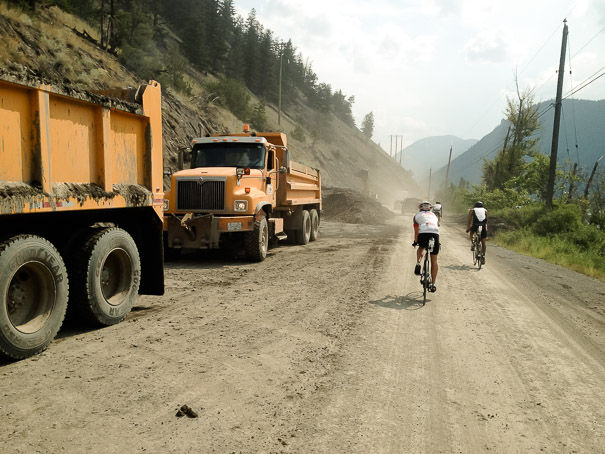 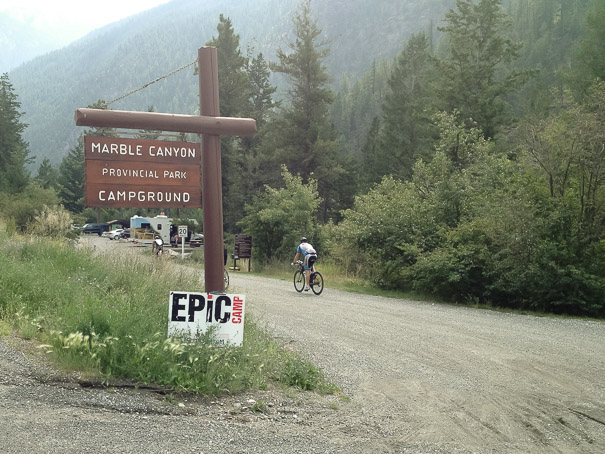 We refuelled, ate crisps, had some salt tablets, watched as Mark (camp support) stood on the roof of the van chugging back a cold beer and then set off. He said he’d see us later before the final climb up to Clinton.

We had a pretty good ride from here on in. We pushed a bit at times, took it easyish at other times and all did a bit of pulling at the front. There were five of us (Gareth, Leah, Louis, Gary and myself) and we all looked out for one another. 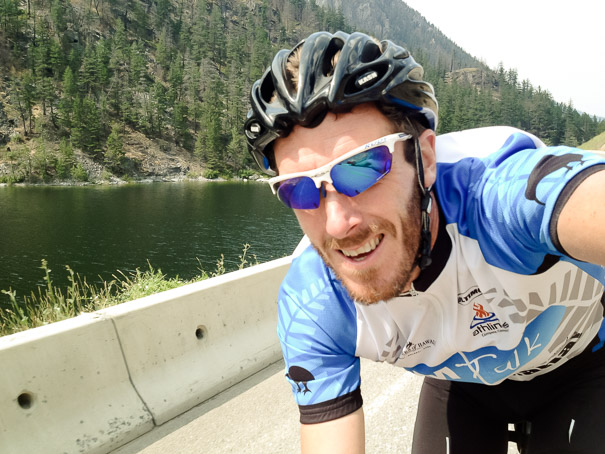 We somehow avoided some heavy rain that must have come through at one point as the roads were fairly wet about 20k from the end of the ride. I remember seeing the ‘Clinton 10k’ sign. This was shortly followed by almost coming off of the bike on a load of gravel on the bike lane/hard shoulder. I kept upright and carried on. On the road again!

At about 5k to go Leah well and truly almost came a cropper on a similar patch of gravel. I just avoided it but it was close. As a group we’ve been good at pointing out rocks etc. in the road but every now and then something comes up from nowhere.

Anyway, as a group we safely rolled into Clinton - found the motel, parked our bikes and had a late lunch. We then had a bit of time to relax before meeting for dinner at 6:30.

Today was a good day. A fair bit of climbing (well, we are in the mountains after all) but good. I know we’ve got some killer days coming up but right now I’m 25 percent through camp and holding up.