This morning in the small town of Clinton was pleasant as we are here for two nights and didn’t need to check out of our rooms and cycle off to some distant town. Instead John N. had planned a little triathlon race for today to keep us on our toes.

When I woke my quads were aching. I was hoping after yesterdays ‘easy’ day they would be feeling happy but they were not. This is not good.

Before that we all gathered for breakfast outside of one of the rooms and listened to Scott tell tales from previous Epic Camps. This was after his good morning greeting to me of “you shaved those legs of yours yet Rowe?”

I went for a big bowl of cereal (once again with milk overflowing from the sides of the bowl) followed by a scrambled egg on toast chaser. Last but not least I chose to imitate Scott and follow him with a bowl of scrambled egg and maple syrup. Yes, it sounds disgusting, but if its good enough for him then it’s good enough for me. It was actually pretty nice. 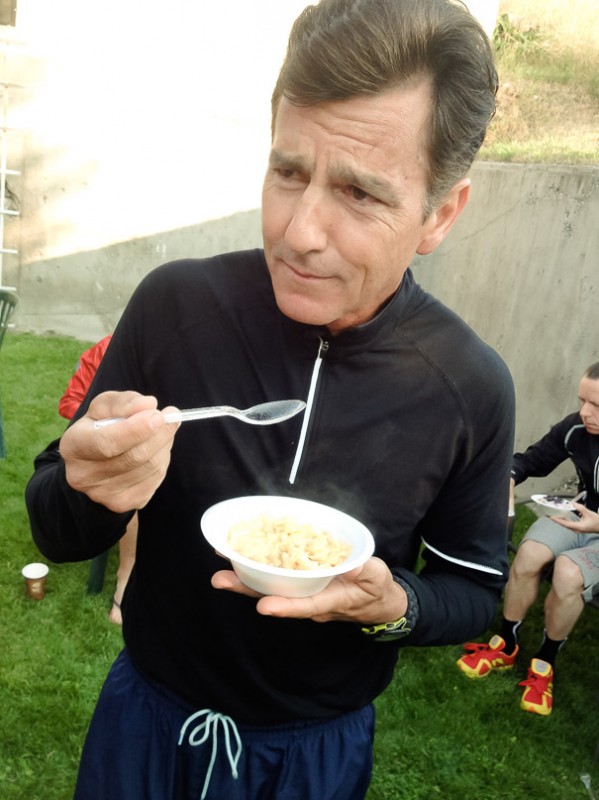 Scott and the breakfast of champions 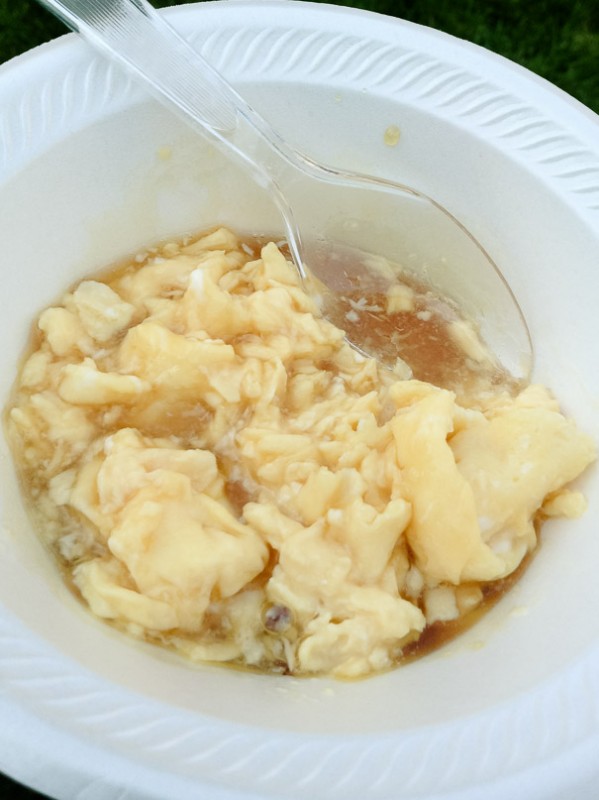 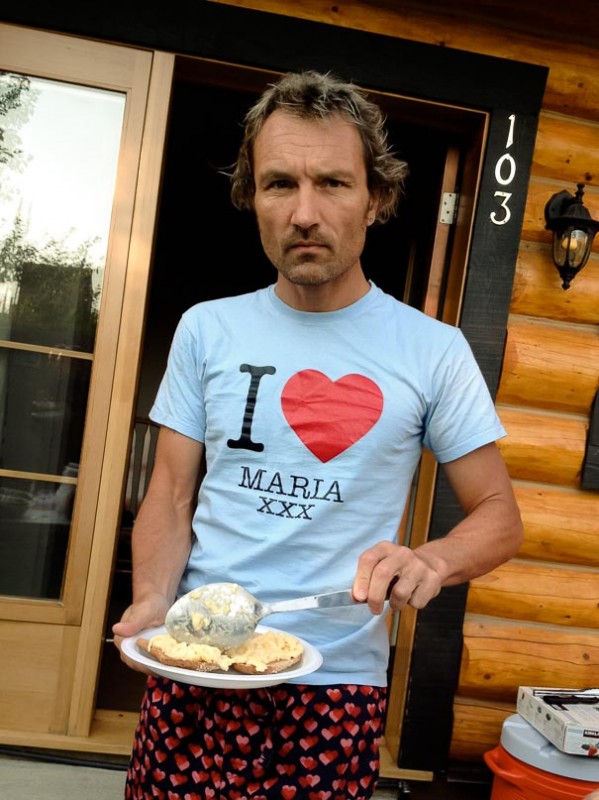 Bike to Run transition in the race was going to be the motel car park so we left our running shoes there. We just needed to find a lake to swim in. Kelly Lake had been spotted by a couple of the team who were tacking on an extra ride yesterday afternoon. It’s about 10 miles away so we all gently cycled to the lake. 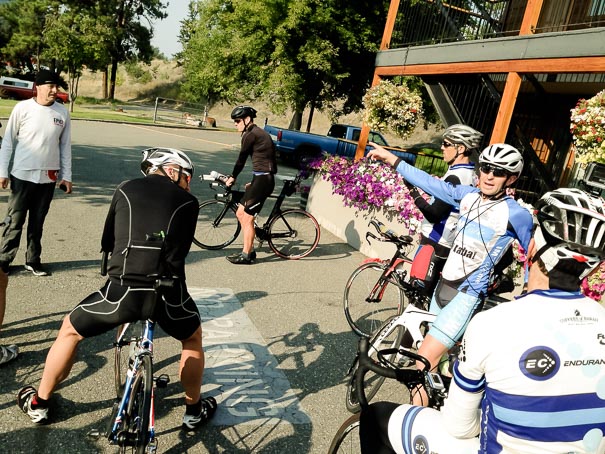 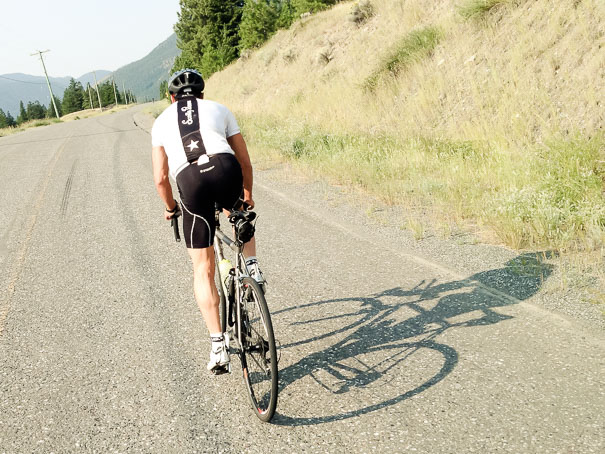 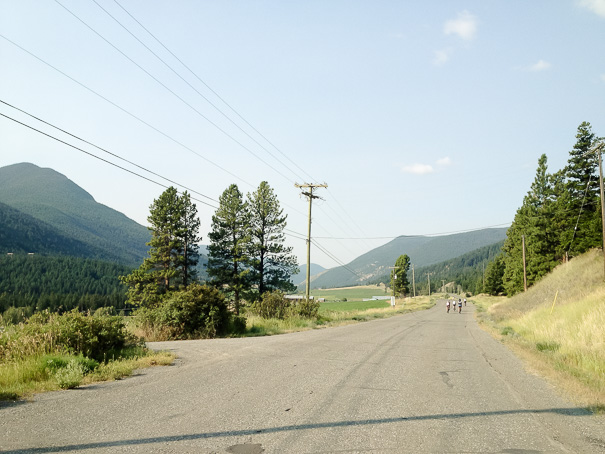 The plan here was for a 1km swim warm-up, then do a 2km swim race, followed by a bike ride which was three segments (to Clinton, back to the lake, then back to Clinton) and then a 10km run consisting of two laps and a nasty little hill. The turnaround for the 10k was back in the motel carpark (bike-to-run transition area).

John worked out what he thought would make a 2k swim - the road followed the edge of the right hand side of the lake and he told mark to drive to a point about 1km away. We’d then swim towards the van and when in line with the van turn around and swim back. 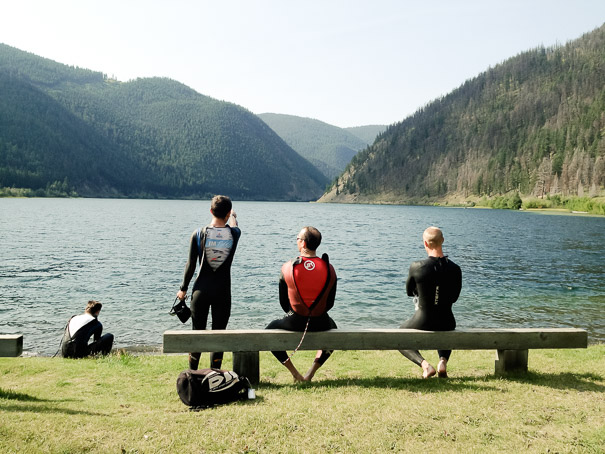 Stood at the side of the lake before the warm up I was not looking forward to this. It was cold, it was breezy, the water was choppy (the lake reminded me of Lake Bala in North Wales) and I was just generally tired.

The race started and I felt alright. This lasted about 5 minutes. At this point I flipped onto my back, wondered why the hell I was here swimming in some bloody lake when I could be relaxing back home. I then pulled myself together and got on with a steady swim. It actually got better and after fighting chop for about 1km I turned in line with the van and headed back to the beach.

Coming ashore Charles was about to head out on the bike and offered his services as a wetsuit stripper - that involved me sitting on the floor whilst he whipped my wetsuit off of me. He was good. Very good. 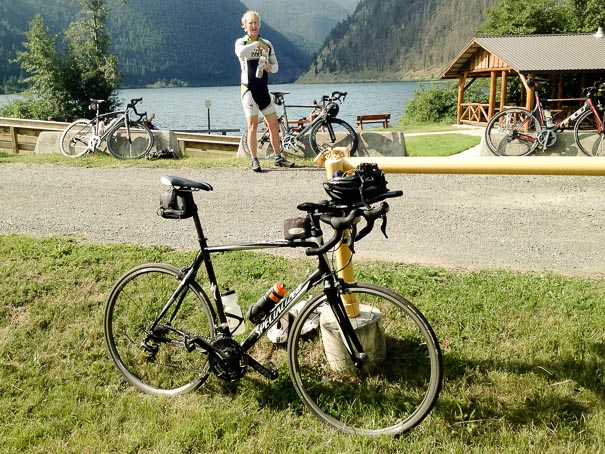 I got to my bike, put on my pirate gilet and headed off for what I wanted to be a steady effort. I had no strength in my legs to push hard today. I just wanted to push a bit like I would on a long ride back home. That would be more than enough. The first two ‘legs’ went alright. Just about everyone else was up ahead of me but that didn’t matter.

The ride was uneventful. The only excitement was a cattle grid and a railway track we had to cross (that had no barrier or lights or anything - you just needed to look for trains!). After about 31 miles of cycling I pulled into the transition area and got my run shoes on for a hilly 10k run.

I didn’t want to destroy myself on the run - partly because I just couldn’t and I need my legs for tomorrow (and the day after!). I ticked off the miles, it felt hard work and did just under 48 minutes.

I don’t mind at all being at the back of the pack. It’s a newish experience for me. It’s just that I chose to spend two weeks training with people who are incredibly good, fit athletes. I’m lucky enough to be fast enough to ‘qualify’ to come on this kind of training camp. I think I’m fairly fit, but the volume of exercise we’re doing it just out of this world for me.

The best part of the day was lunch - a panini with all sorts of stuff in it and endless chocolate and banana smoothie/shakes. It was lovely. I then had a massage to try and do some magic on my legs (I guess I’ll find out tomorrow) and then a few of us went for a walk to get an ice cream. We also went to the craziest flea-market junk shop that I’ve ever seen. It was truly bizarre. 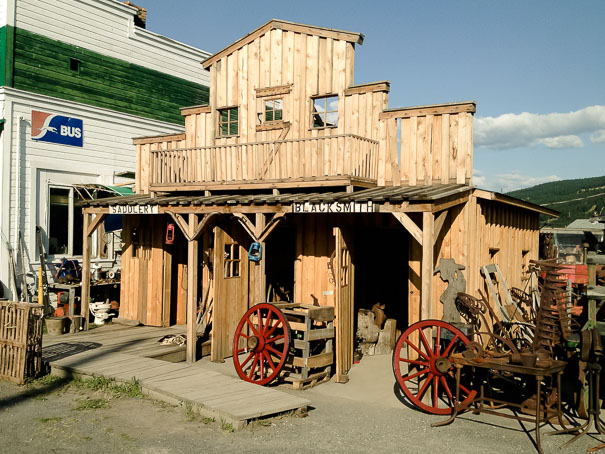 Although ‘only’ about four hours of exercise was on the schedule for today I’m pretty shattered. I needed this afternoon off. A few of the others went off to do extra miles on the bike but as I think I’ve said previously - I really want to see what happens in a weeks time. Maybe I’ll be completely broken. Maybe they will too. Only time will tell.

Now, remember that I chose to do this. I’m going through this pain to take lovely photos of beautiful Canadian scenery for you to enjoy back home. I’m having a lot of fun. It’s a strange kind of fun. It’s hard work. My legs are really aching. I’ve got just under 120 miles of riding to do tomorrow (along with a swim and run) but I’m with a cracking group of people and we’re taking each day as it comes.