In 2009 a fellow ‘pirate’ (Gavin, PSC) told me about the IMTalk triathlon podcast. I’ve been listening to it weekly without fail ever since. From listening to the podcast I learn about and heard amazing stories of events such as Challenge Roth, Challenge Wanaka, the Nice triathlon etc. Because of the podcast these are all events that I’ve been fortunate to have taken part in. I’ve even managed the ‘superbowl’ of long distance triathlon - the Ironman World Championship in Kailua-Kona, Hawaii.

I’ve also heard many stories of something called Epic Camp. This is a triathlon training camp like no other. Rather than a week of hard training - this is closer to two weeks of absolute torture. In order to sound appealing the organisers put the camps on in stunning locations - they’ve ridden places such as the French Alps and also the entire length of New Zealand…

“Epic Camp is not an ordinary triathlon camp. If you are looking for a challenge that seems almost impossible then keep reading.”

“Epic Camps are designed to be the ultimate triathlon challenge testing athletes physical and mental fortitude. The camps involve a very high training load in awesome destinations. We have run camps in Kona, Italy, France (Alps & Pyrenees), Australia, Colorado and multiple camps in New Zealand. Our intention is to get likeminded endurance athletes together in a totally supported environment and see what is possible.”

“Our plan is to ride huge miles with people that are looking to become the very best they can be - the group using each other to take themselves where we couldn’t get alone. Along the way, we’ll talk training and have some fun.”

In August 2012 I saw a message on twitter saying that there might be an Epic Camp in Canada during August 2014. This sounded interesting….

In September 2012 I emailed the organiser and said ‘John, please put me down as ‘likely to attend’ and a couple of weeks later I mailed to confirm my place. It was years away. I had nothing to worry about. I should be able to meet their requirements (a sub 5 hour 30 Ironman bike-split). Fine. I’d have a couple of years to learn to swim as well. Perfect.

To get me in the mood and to find out a bit more in November 2012 I ordered a DVD called ‘Going Long, Going Hard’ - it arrived in brown packaging and thankfully it was all about Epic Camp New Zealand! It looked terrifying. Sign me up!

Fast forward two years and I’m sat here in the kitchen at home on my laptop thinking about everything I need to get sorted before I fly out to Vancouver on Monday. I’ve got bike parts all over the garage floor and sometime over the next couple of days I’ll get myself packed and ready for the adventure of a lifetime.

Everyone who attends Epic Camp initially aims for ‘Camp Completion.’ There are things you need to do daily (swim/bike/run) which will get you to this point. There are also additional ‘points’ on offer for other things such as the many races, time trials and individual medley swimming competitions throughout the fortnight. I just want to get through the camp in one piece.

Last night my parents came round and we watched the New Zealand video together. My mum offered to write a letter to John and Scott (the organisers) saying that I couldn’t attend. My dad thinks I’m nuts. I think I’m nuts. Sharon knows I’m nuts.

From Tuesday morning a group of about 20 of us will be swimming, cycling and running the 830+ miles from Vancouver to Calgary over the Rocky Mountains. I’ve never been to Canada before and why not go see it with sweat pouring into your eyes and your body screaming for forgiveness at every moment. 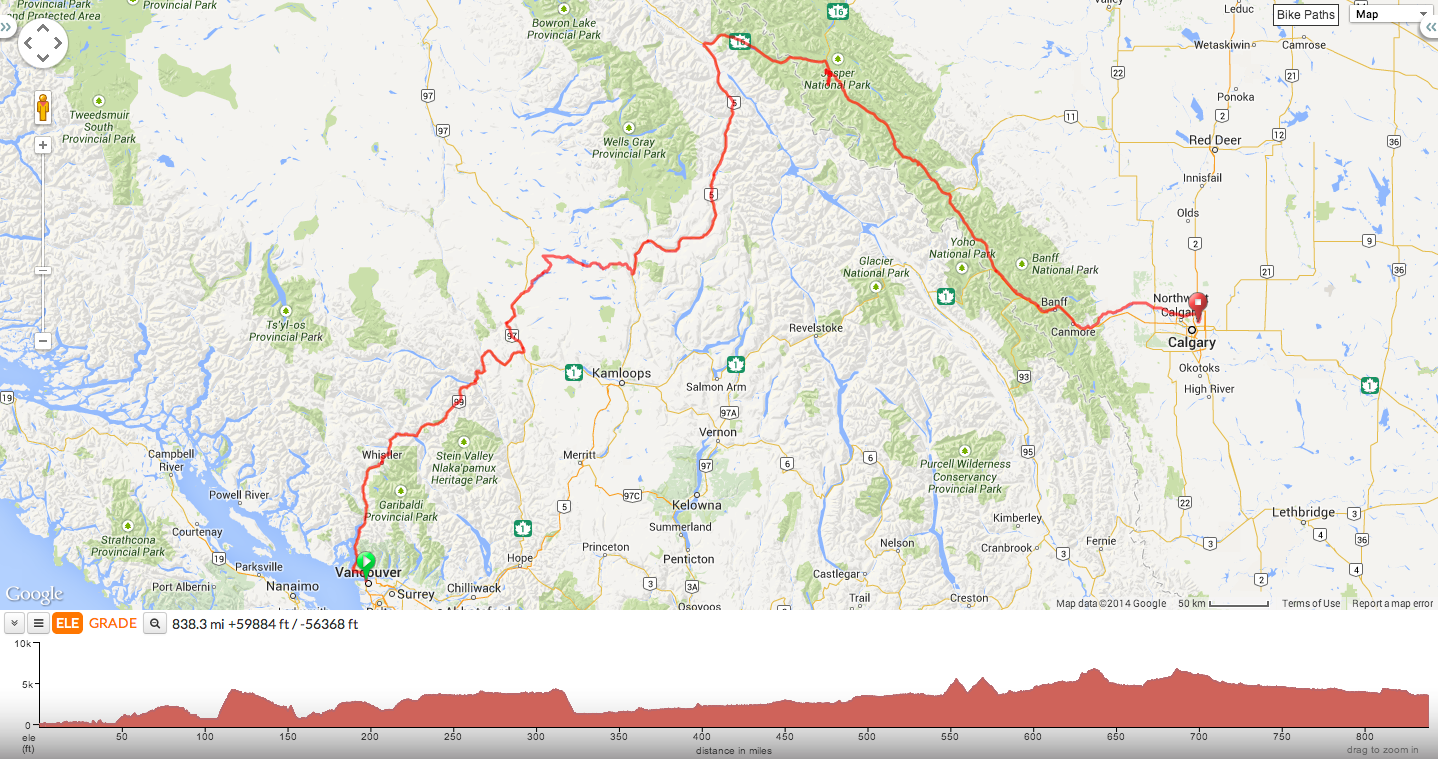 Epic Camp will be awesome. My shoulders will be destroyed from the swimming. My legs will scream at me (I’ll scream ‘shut up legs’ back at them) and I’ve heard that by day four or five I’ll barely want to get out of bed in the morning as I know what’s ahead of me. I’ll just have to keep reminding myself that I signed up for this and that I’m here to have fun, train hard and push myself further than I ever thought possible.

Over the next couple of weeks I plan to post blogs both at rowerunning.co.uk and buccaneertri.com. At the buccaneertri.com site you’ll also be able to read about the exploits of two friends (Adam and Gary) who are also taking part. I’ll try and get some photos and possibly video online during this time so keep an eye on the website and just chuckle to yourselves when you read and see what we’ve spent a small fortune on - just for fun!

Finally, someone asked me recently what I’m looking forward to the most.

I replied ‘the flight home.’