300 parkruns - more than just a number

A few weeks ago I was asked by the event director at thewonderful Bognor Regis parkrun if I’d be running my 300th parkrun at their event. I’d not thought about it (my 300th parkrun) to be honest. 50, 100 and 250th runs are currently the main parkrun ‘milestones’ - although I never had a ‘50 club’ t-shirt as they didn’t exist until after I’d run my 100th. 300 parkruns was just a number to me. Anyway, I said yes and thought little else of it.

Come 19 July I stood at the run briefing where Ben, the run director announced that it was my 300th parkrun. After a round of applause he continued… Hmn. 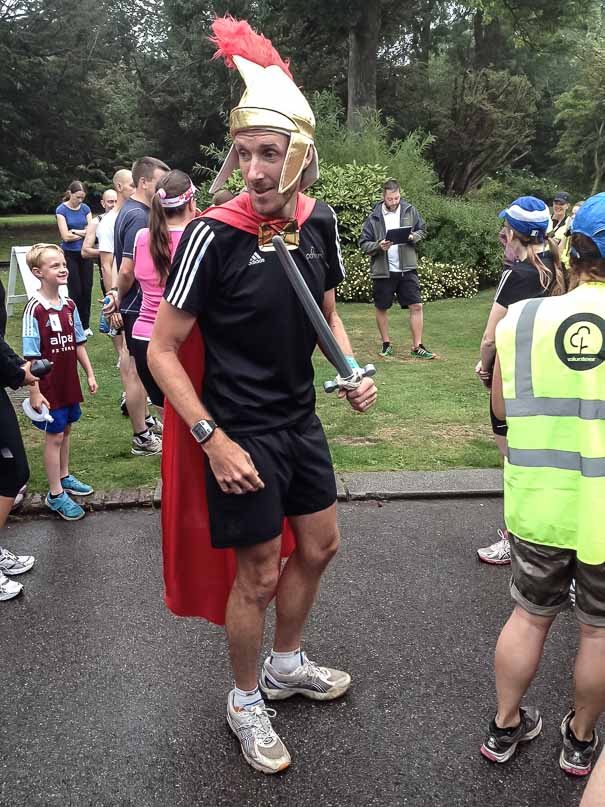 Now if you google ‘300’ the top results are related to the film of the same name about theBattle of Thermopylae and the ‘300 Spartans’ - well, that gave Ben and Jason from parkrun an idea and the next thing it was announced that I’d be running in a spartan outfit (followed by laughter from all around). Kim suddenly appeared with a hat, sword and cape. I thought I looked quite the part!

Before long the run briefing was over and it was time for me to shuffle to the back and hide. Of course not, I was told I had to start front row in the middle. Lovely!

The run was interesting to say the least. The hat, no doubt made of some mixture of heat inducting polyester and asbestos was like having a furnace attached to your head. I could feel the sweat dripping into my ears! It was boiling. I could have removed the hat in a temper and said no but that would be very childish. Almost as childish as running around a park in fancy dress waving a plastic sword. That was alright though and I was having a great time. 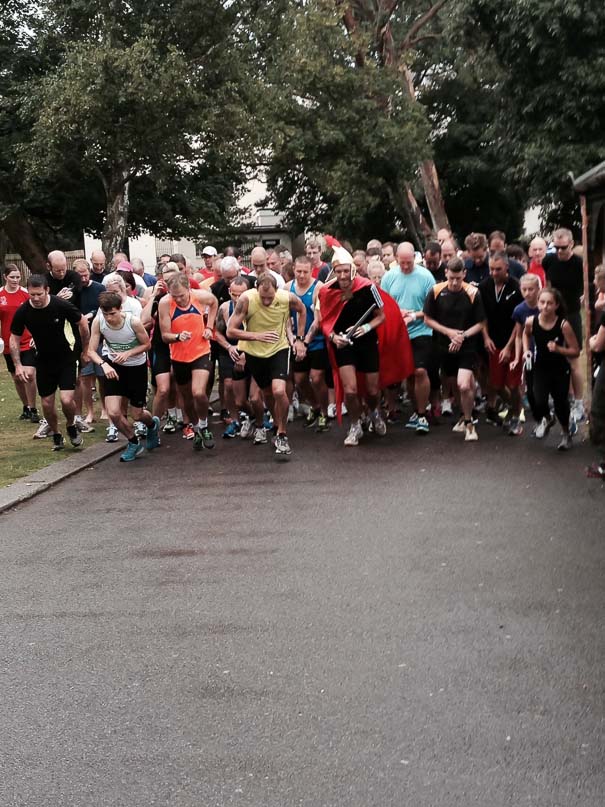 The beauty of Bognor parkruns’ multiple lap course is that you are seen many times so everyone on the course will have got to see me in my full ‘battle’ gear. I did get a few confused looks from some of the marshals who were already in ‘position’ before the run briefing and had no idea what I was doing. 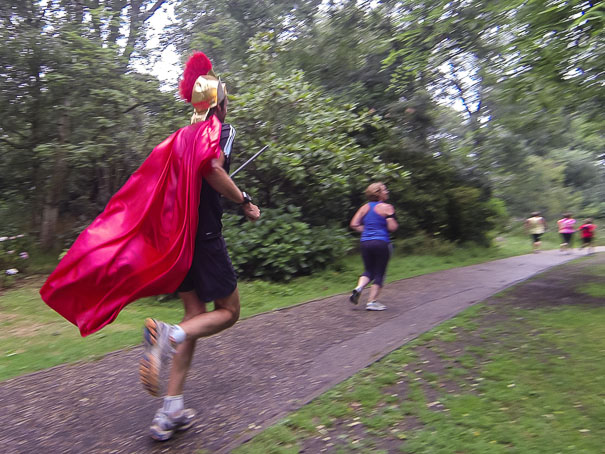 I had a pretty reasonable run and felt comfortable in my new outfit. I hung around for a (huge) special ‘300’ cake that I was made by Jo - unfortunately the sword I had wasn’t sharp enough to cut through but a proper knife ensured we were all fed post run. There were cakes a-plenty and I was sent home at the end of the day with lots of cake to keep me fuelled for the week ahead. 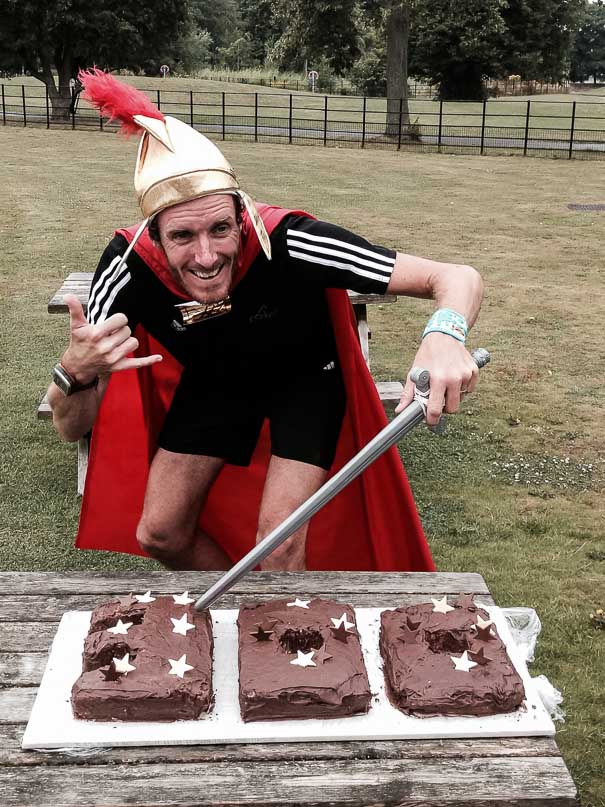 It was a lovely morning spent with friends doing the only thing worth doing on a Saturday morning - parkrun.

Finally, here’s a great video created by Joe and Tom showing some of the sights of Bognor Regis parkrun on this special day…