I don’t do running races. Well, not very often. This year I took part in the (wonderfully organised and lovely) Spitfire 20 run in March as part of my London Marathon (which didn’t happen) build-up. Before then I did a couple of shorter races in 2013 along with a half marathon and marathon. OK, I did a few Ironman triathlons as well but days when I turn up on the start line wearing running shoes and pinning a number on my chest are rare.

So what got me to the start of a 10 mile race today when I’ve not done much running(or exercise full stop) since Ironman Wales in mid-September. Well, two things - good company and cake. And yes, in that order!

A couple of weeks ago I heard that a few of the Bognor Regis parkrun regulars were going to do the Hayling 10. This sounded like a fun little outing. No pressure (good job really as I’m nowhere near ‘decent/PB’ running shape at the moment. I could just go along, run a few miles at a steady pace and spend a little time with friends. Sounds ideal. With an entry fee of only £13 that only makes it £1.30 per mile. Bargain!

We met up in town at 8:15am for a convoy of cars to Hayling Island - about 20 or so miles away. The weather was cool with a very slight breeze. The number pick-up was efficient, the portaloo queues very short and before long I’d dumped my warm clothes with Sharon and was ready on the start line.

The last few weeks my left ankle has been hurting a bit after running - especially when running fast so I didn’t want to race today, I just wanted to do a steady long(ish) run and see how things hold up.

The start horn sounded and around 450 of us set off on a flat route around the part of the island. The course was lovely. A couple of miles are on an off-road path which had a few puddles to content with but apart from that it was all on road. The marshalls were friendly and there was a water station a little after half way. 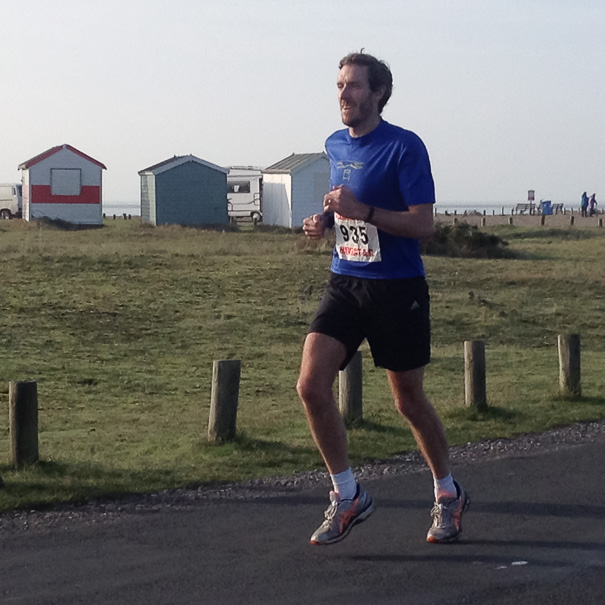 Just after I started my watch I decided I’d try and just run to feel. I thought as I’m putting no pressure on myself (I’d estimated a time of about 1 hour 17 ish as a finish time) I’d not look at my watch (at all) and just run to feel at a steady pace and see what happens. I guess as there’s people around me I could kind of pace myself off of them but that didn’t really happen. I just ran steady and knew that in the latter miles it would require a little more effort to run at the same pace as the early miles.

The support on course was good and I had no problems with the very few cars that found their way onto a couple of the roads. Conditions were ideal and I just took it steady. It was fun. 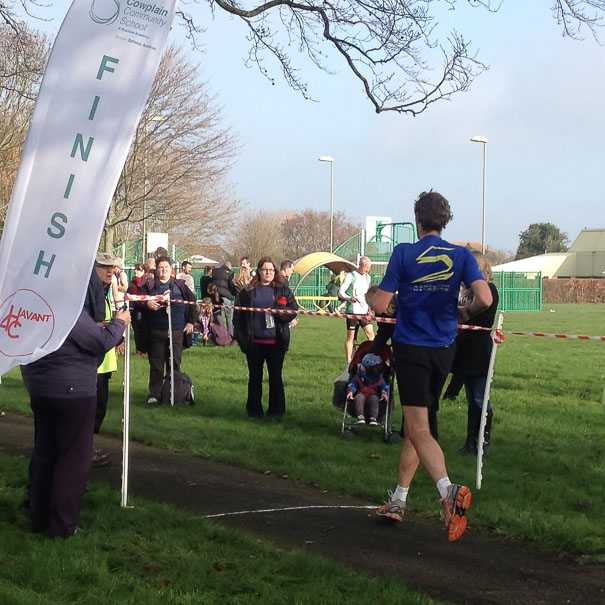 I’ve now done eleven 10 mile races over the years (my first one - eight years ago (!!!) - was1:11:47 at the Cabbage Patch 10 in 2006). I couldn’t care less that I was slower today that my first ever 10 miler. It doesn’t matter. I’ve got long term plans and today was just a way to get some miles in, enjoy some new scenery and spend time with friends. 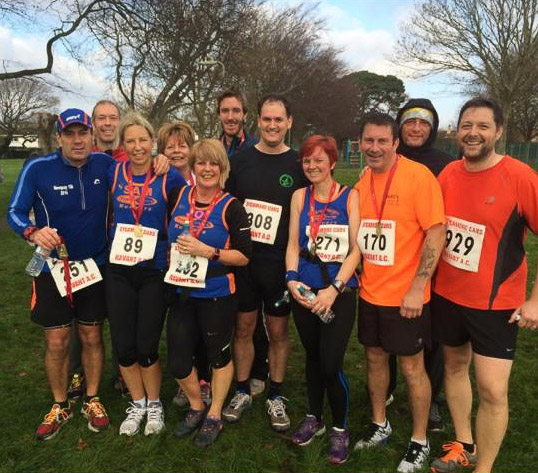 I ticked every box. And had some lovely cheese straws and a chocolate cup cake post race thanks to Jo and Freya.

The Hayling 10 was a great race and I’ll certainly plan to head back again.