I’ve been wanting to enter this 2.4 mile swimming event for a few years now as it’s only based a few miles from my parents house. Well, now that we live in the same village after moving last year it’s now close to ‘our’ house and I knew I’d be around this weekend. So that was it, I entered my first swimming race.

The idea of entering a swim of this distance is to give me something to aim for in training and to encourage someone who seems to be allergic to swimming to get out and train.

The beauty of this event is that it’s held in the 2nd fastest flowing river in the country. Even better, we swim with the flow! The start time changes each year based on the tide times and this year the plan was for a start at around 10:30am once the tide had turned. In previous years they’ve normally started at ‘slack water’ - when there is no flow on the river - this year they started after the tide had turned promising even quicker times.

After registering (at the finishing area by Littlehampton Lifeboat Station) the 350 or so swimmers jumped in double-decker buses that took us up-river to the starting area in Ford. We hung around and chatted whilst waiting for all the swimmers to arrive and then we had a pre-race briefing.

The weather was lovely - scattered clouds with a bit of a breeze (although the high banks of the river should shelter us from most of the wind). No adverse weather conditions (unlike at Ironman Wales last year) and a strong flow sounded like just what I needed.

After the briefing you make your way to the starting area and at this point the tide had only turned a few minutes before and you were ever so slightly drifting with it.

Once everyone was in the water the starting signal went and it was time for the 2.4 mile swim from Ford to Littlehampton.

I went for my usual ‘start to the side’ strategy and also planned this so that when we all moved to the right hand side of the river (the left side was for rescue craft) I’d be in deeper water and would hopefully get the stronger river flow.

It was a pretty uneventful swim to be honest.

Although we were about 2.5 miles away from the sea the water was very salty and there was some seaweed around - I wasn’t really expecting that but salt water seems to be a regular drink for me (whenever I’m out windsurfing!) so it wasn’t an issue.

Visibility underwater was very poor and I found drafting difficult because of this and the strong river flow. There was a little ‘toe-tapping’ going on but no full on open water kicking and punching - at least where I was.

All I did was swim as best I could with the fitness I had. The river was very nondescript for the first couple of miles. You don’t know how far you’ve swum as the view of the bank is pretty much the same throughout. I was looking out for one thing - the road bridge at probably just over two miles into the race. Swim under the bridge and you’re on the final straight.

Towards the end I was overtaken by a handful of swimmers. I’d love to say that they probably found themselves in stronger currents but it’s probably more about my technique not being so good after 40+ minutes of continuous swimming. 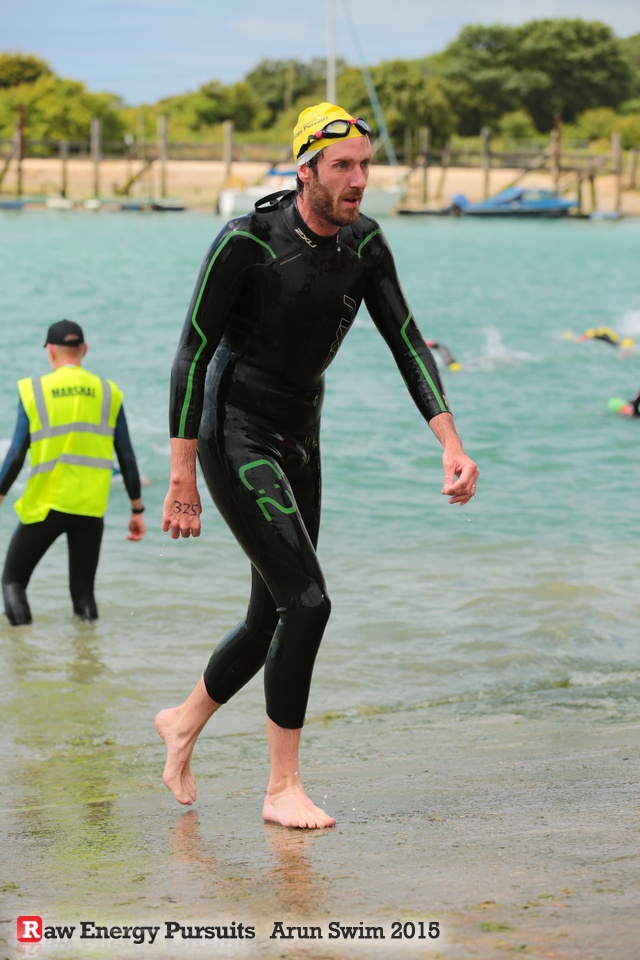 The next thing I found myself at the finishing ramp (at the Lifeboat Station) and that was it. Swim done.

I had no idea how long it had taken as I didn’t bother to wear a watch or anything. The results were available online immediately and my time was 49 minutes 55 seconds. I knew it would be fast but wasn’t expecting it to be this fast! I finished 111th out of 351 finishers so not bad. The winner finished in 39:49.

The interesting part about the swim is that the slower swimmers get the stronger river flow and this has the effect of compressing the finishing times. This year the slowest swimmer was 70 minutes. In 2014 it was around 95 minutes. What a difference the tide makes. Over 75% of swimmers swam under 60 minutes!

I don’t really enjoy swimming much but I enjoyed this event a lot. Says something for the event I’d say.

The day was rounded out by lunch at the local Wimpy restaurant and then a couple of hours windsurfing in the afternoon. Perfect! 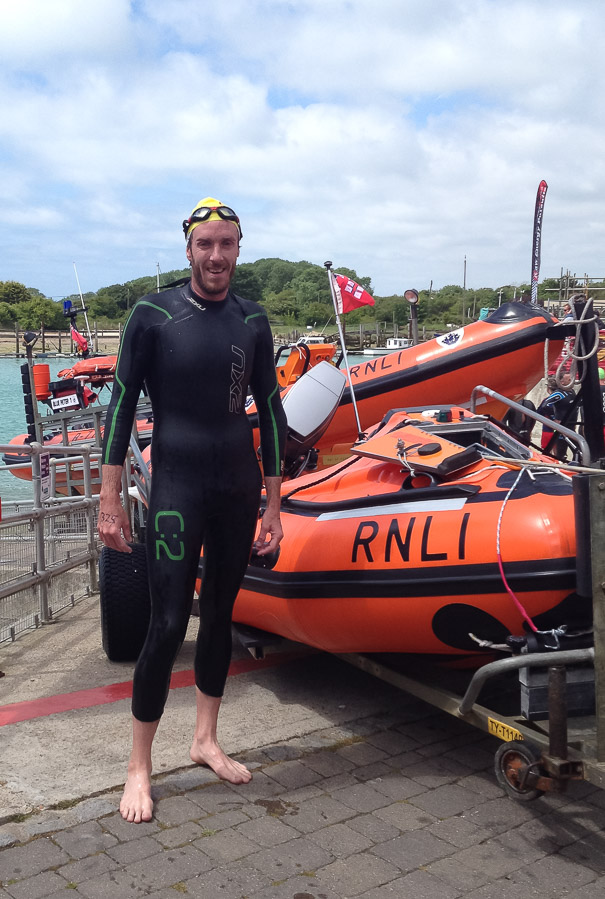