Thursday 24th September was a long old day. Left home at 7:30am, flight to Los Angeles (somehow I only got charged £29 for the bike - result!), then a flight to Kona. The flight leaving LA was delayed by about an hour as they had an issue refuelling the plane - most of the fuel sprayed out of the wing and all over the tarmac. After fire engines and lots of sand etc. (and a new tank of fuel) we were on our way. 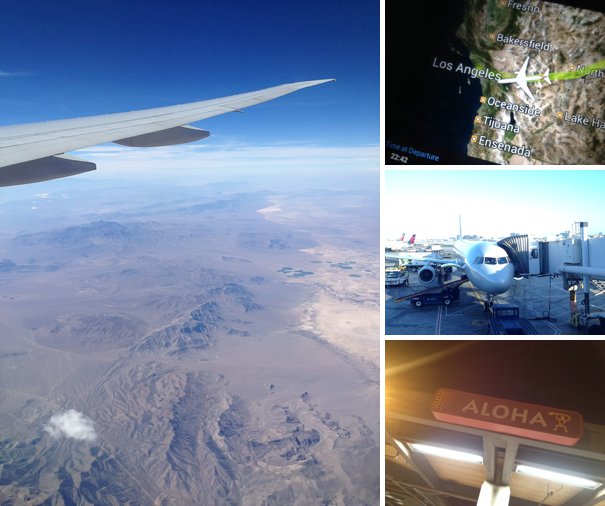 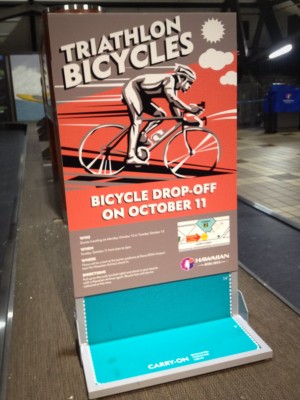 After collecting our bags (there were only about four bikes on the flight) we were impressed to see a special carousel setup for bike drop-off for the day after the Ironman race. To be fair I think the day after the race I’d be happy to drop my bike into the nearest volcano!

After picking up an absolute monster of a hire car we headed towards our home for the next few weeks. The highway was quiet and we rolled through Kailua-Kona (and saw the famous Ironman finishing sign) along Ali’I Drive on our way to our condo.

As creatures of habit we’re staying in the same complex as in 2013 but two ‘units’ closer to the ocean. I could throw a stone from our lanai (balcony/veranda) into the ocean. We are pretty blimmin’ close I tell you and the sound of the crashing waves is lovely. We’ll post some photos of ‘home’ on the blog sooner or later… 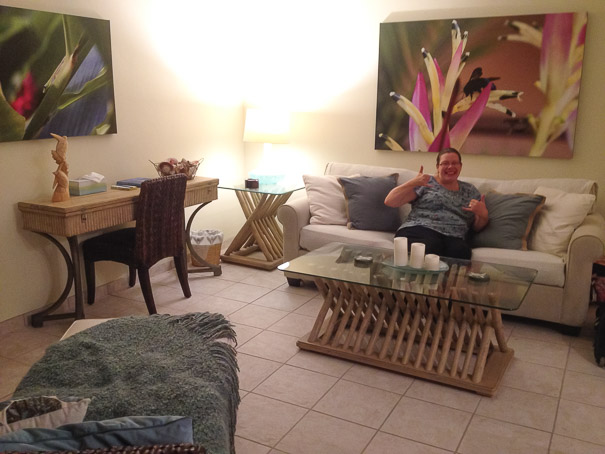 Only a photo from the inside as it was pitch black outside!

Two years ago the excitement of driving into town on that first night was amazing. I wish I could have bottled it up. This time it felt like visiting an old friend.

I find it crazy that we’re back here in Kona having qualified again for the Ironman World Championship. We’re so fortunate to be back here ready to have an absolutely awesome time and hope you’ll join us and have a read of some of the nonsense we get up to.