Firstly don’t be alarmed, I’m not there yet!

In 2013 when I qualified for the Ironman World Championship in Hawaii it was a once in a lifetime trip and I spent a full month in paradise for the race. Later this month we’re super excited to be heading back to Kona once again (I guess it’s not once in a lifetime anymore!) for little bit of fun and triathlon.

So, I’ve had all sorts of ideas to help get the blog started and it seems that my training build up (or rather lack of) would be a good idea. Every time I think I’m starting to get some consistency back into my training something gives me a good kicking and I’m knocked back down again.

So, where shall we begin… 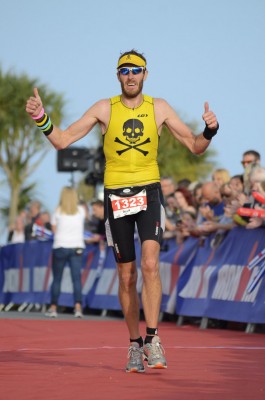 At Ironman Wales I dig deep, find some mental strength and battle my way to an automatic qualification for the 2015 Ironman World Championship. Perfect. I’ll have just over a year to get into the best shape of my life. Bring it on.

Firstly I need a bit of an off-season to enjoy.

Something happens to my left ankle. I’ve no idea what but it bloody hurt. I could run for 2 or 3 miles then it would hurt for the rest of the day. Sometimes really bad. A strange pain ‘inside’ my ankle. Bizarre.

No running apart from a 5km parkrun on Christmas day and one a couple of days later. I can feel something - I don’t know what - in my ankle all the time. It never fully goes away. Never.

After a few weeks of rest and my ankle not getting much better I decided I’d just continue to run on it but no more than a couple of times each week and to take it easy. I also went to my doctor to see what he thought.

I saw my GP and got a referral to a physio. The physio looked, asked a few questions, made me do a running diary for him (with details of when my ankle hurt and how long it took to get better). The result was a referral back to the ankle specialist.

I took the wise decision to withdraw from the London Marathon. Another year…

I’d entered a sportive bike ride around the Isle of Wight. I cycled there (in the rain), cycled round the island (rain, fog and then sunshine) and caught the train home after over 100 miles on the bike. Hobbled through the front door with knee pain.

Three days later I managed to smash my knee against a lamp post. It was so painful I couldn’t touch my knee cap for days. After that there was a small lump on it that was so bloody painful to touch. This took a good few weeks to calm down.

About three or four days before the Bognor 10k running race (that I’d entered) whilst unloading the dishwasher I experienced a shooting pain in my (bad) ankle. You see - chores *are* bad for you! The pain that has been bothering me for nearly six months pretty much went away!

I also saw the ankle chap at the hospital who referred me for an MRI scan.

A 2.4 mile swim race. I enjoyed it (mainly because the tide was very very favourable - that’s what you get for swimming in one of the fastest flowing rivers in the country).

I fell asleep during my MRI scan!!

MRI results came back. It looks like I have a couple of ‘ganglions’ in my ankle. They could potentially be removed but if they’re currently not hurting then it’s best to leave them alone. For me all I need to do is get run fit for Kona in October. Having an operation in August or September isn’t going to work! 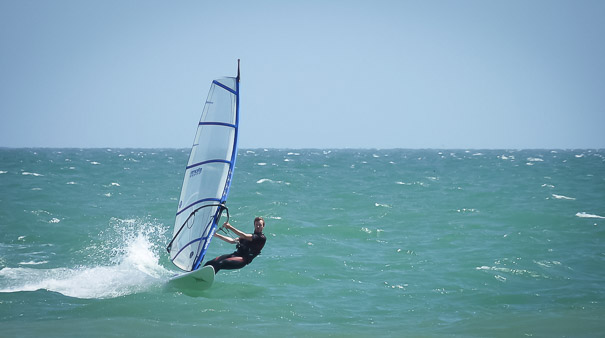 Whilst out windsurfing (well, if you live 90 seconds walk from the beach then it would be rude not to) I managed a spectacular fall after hitting a large lump of seaweed at sea (which brought the board to an immediate stop but not myself!). I hobbled back home with a black, blue and swollen toe that was really painful indeed. A couple of days later I couldn’t take it much more so went to hospital and had an x-ray. It wasn’t broken. But it really bloody hurt when the doctor squeezed it. A couple of weeks later and it was back to normal.

It was also decided that windsurfing is dangerous and I should refrain from this stupidity until my return from Hawaii.

From here on it’s concentrate on swim, run and bike. What could go wrong…

I took part in a local triathlon and loved it. I came 5th overall, had a good swim, very good bike and a tough run (lack of run mileage does that to you). This was it. Two months away from Kona and I’m starting to get some consistency back. This is so important.

In mid-August whilst out riding my time trial bike (down on the ‘aero bars’) I hit something in the road and suddenly had to deal with a front wheel blow-out at just under 25 miles per hour. This was followed by a sliding manouver, contact with the curb, contact with the pavement and a mid air flight into some undergrowth!

Adrenaline managed to get me home (about 15 miles or so!) on the bike (which ignoring the shredded handlebar tape and knackered carbon handlebars was just about in one piece) after I’d replaced the inner tube and performed a make-shift repair on the torn tyre - using a US dollar note.

Upon getting home I thought I’d got away lightly looking at my shorts. 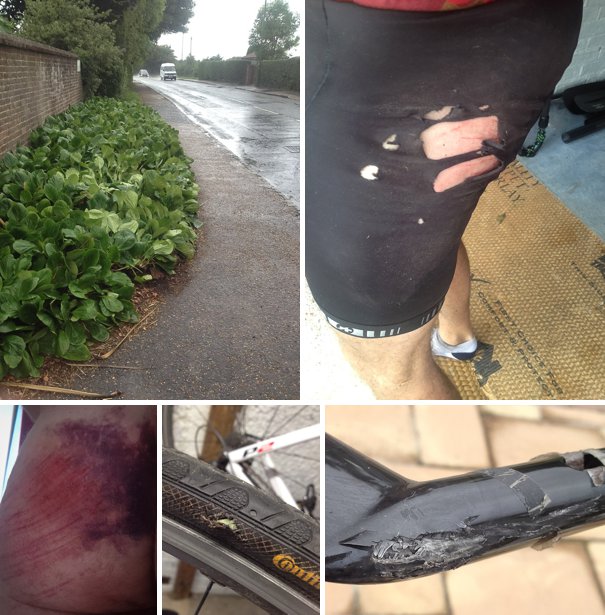 Clockwise: where I fell, initial damage view, damaged carbon handlebars, temporary tyre repair to get me home, my scraped and bruised backside!

But it doesn’t matter. I’m stood up walking and able to tell the tale. You hear horror stories of cycling accidents and about a week or so before my tumble a fellow local runner and cyclist from our local running club came off of her bike after a brake failure and as well as a full set of broken ribs, collar bone and back has been told that she’ll never walk again.

I’m fine. I cannot complain when there’s others going through life changing times.

Back to the hospital I went (they had a photo of me in reception - ok, the newspaper report of the Bognor Regis triathlon where a photo of me made it onto the page)! One small wound was dressed and then I was sent home and spent the next few days watching a huge amount of bruising slowly appear and not at all enjoying my backside sticking to whatever item of clothing was placed next to it. Lovely!

Right now I cannot run due to a constant pain in my coccyx/tailbone area. Two weeks post-crash I have one area that’s still swollen badly and also an area in my upper back is giving me quite a few problems.

I’ve got an appointment with a physio for later this week and hopefully she’ll poke and prod me in the hope that I can perhaps try a little jog this weekend. We’ll see.

So, with the Ironman race just over five weeks away I’m not running, swimming isn’t great and I can just about ride for an hour on the indoor bike trainer (which I’m trying to do most days) before my hip hurts things don’t look great.

Just under a year ago I qualified for this race, now I’m fighting to make the start line in one piece.

I will make the start line.

I will get round the swim and bike. As for the run I’d love to run/walk it but it might be a walk/run strategy. The race cost me 900 US dollars to enter (yes, that’s over £550 pounds!) so I’m going to enjoy the day, get myself a medal and smile as I head down Ali’i Drive to finish.

One of the race rules for the Ironman run is as follows:

1) No form of locomotion other than running, walking or crawling is allowed. 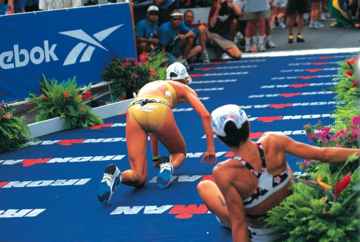 The race finish of 1982 where Julie Moss (who was leading) collapsed and crawled over the finish line to come 2nd and then in 1987 where Wendy Ingram and Sian Welch had a ‘crawl-off’ to decide third place is probably where this rule came from.

I’m hoping not to crawl. I’m hoping to run. I probably won’t leap like it did in 2013 but I’m going to finish the race. 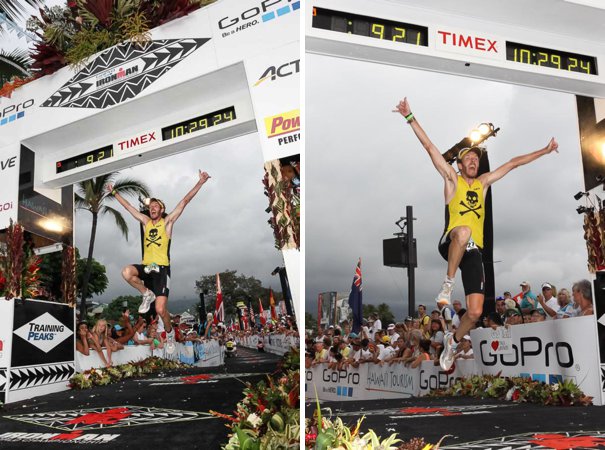 I’m going to love it.