We headed to the pier for 7am to be met by three ripped gentlemen in matching swimming trunks ready to go swimming. My figure does not allow me to be seen in such company (it’s never stopped me before) but the Team Freespeed boys were looking mighty buff today (that’s what the girls were saying. I didn’t take any notice.)

This brings me onto an excuse to show a photo of the beach (again). This is ‘Dig Me’ beach (if you’ve read the earlier blogs you’ll know why it’s called that) and this photo is taken from the pier. 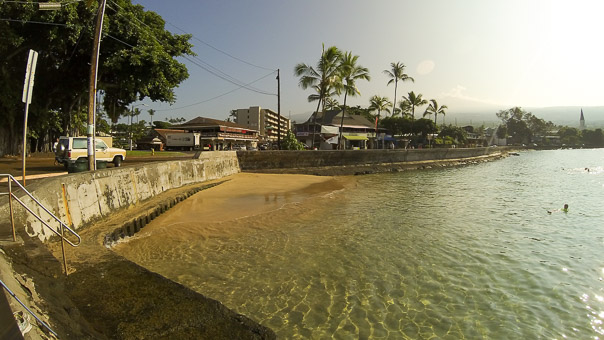 The ‘beach’ is a really small area of sand and there’s some steps that take you down to the beach. Firstly you need to tackle the ice rink that is the concrete walkway beside the wall. Sharon saw about 15 people slip up on it a couple of days ago. Unless someone comes out with a metal scrubbing brush in the next few daysI suspect some people are going to come a cropper big time next week when the pier and beach get rammed with triathlete types from all over the world.

It’s getting busier every day (and will do so in the lead up to the race) and it’s lovely to enjoy it right now. If you make the long trip out just for race week you’ll get a completely different experienceof thisplace.

Whilst I headed out for some (serious) swim training Sharon had a little splash around closer to shore and kept an eye on the sea life. There was quite an impressive display by all accounts. 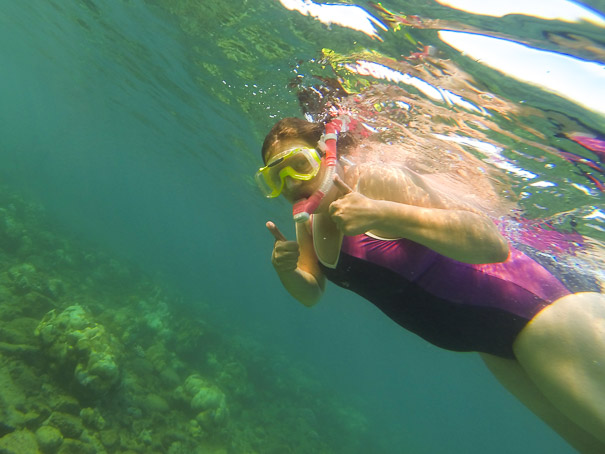 Post swim we saw Duncan and Claire from the UK. We first met Claire here in 2013 after she qualified earlier that year. We then met Duncan and Claire again at Ironman Wales in September 2014 when they both (and I) qualified for this years race. It’s always good to see some friendly faces. 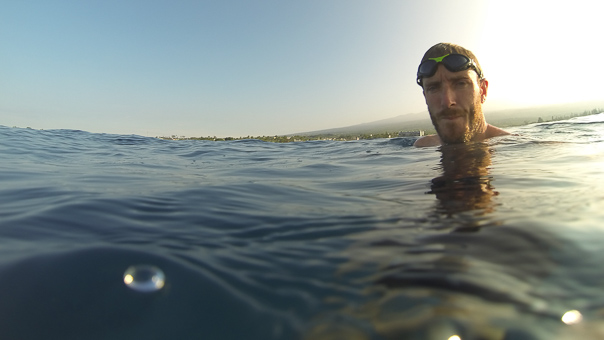 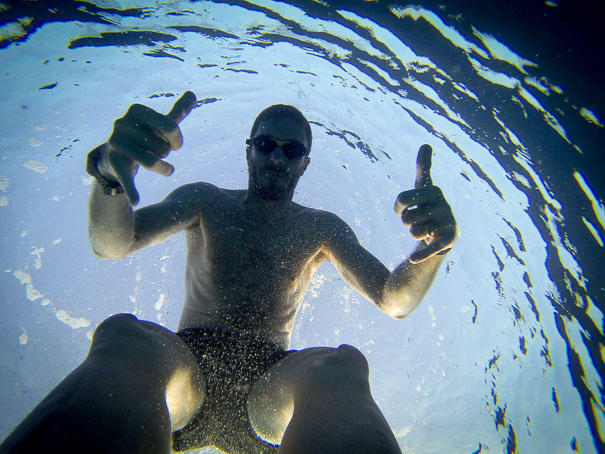 Back home for breakfast on the lanai and whilst enjoying the sound of the crashing waves beneath us we saw a schoolof dolphins swimming past about 50-75m offshore. The condo binoculars were put to good use and I scrambled around looking for my ‘proper’ camera. 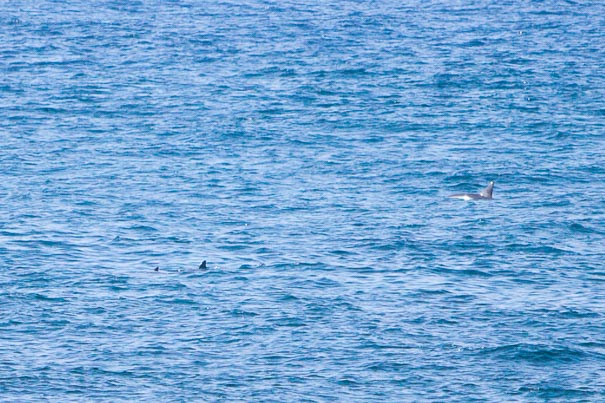 I just love being where we are - pretty darn close to the water - it’s the only sound we can hear at night - the waves.

Today’s training plan was for…. oh yeah, I don’t follow a plan… well, I decided to do a little bike ride and rather that the dull Queen K highway (yes, it is dull but it is very special from a race point of view) I headed off on a route that I rode a couple of years ago - the ‘Painted Church Loop.’ 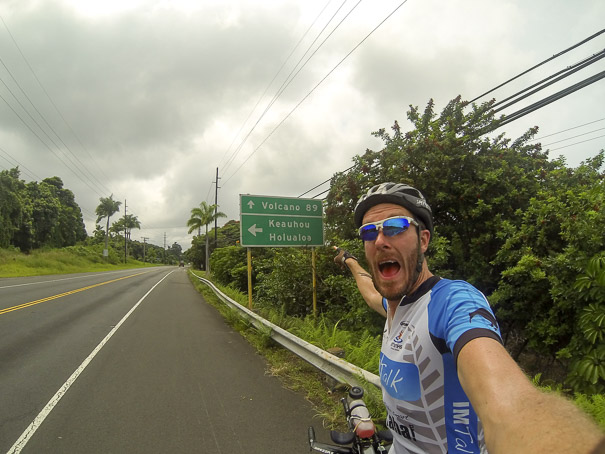 This is a ride up into the hills (where thankfully the temperature is much cooler) and then down (a four mile twisty turny road) to Kealakekua Bay.

The mountains love attracting big black clouds and today was no exception. 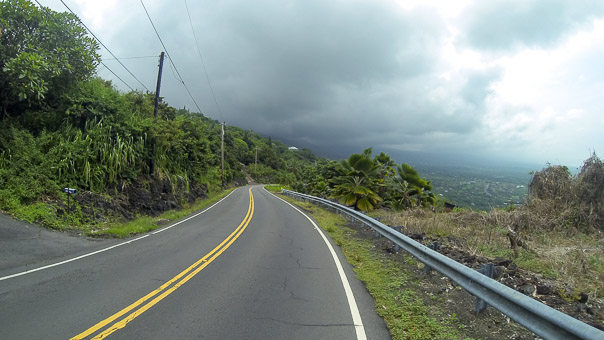 As I stopped briefly to take a photo of the menacing clouds I also took a photo to give you an idea of much of the road surface out here. It’s nice and smooth but there’s loads of little rocks and stones that love bicycle tyres! 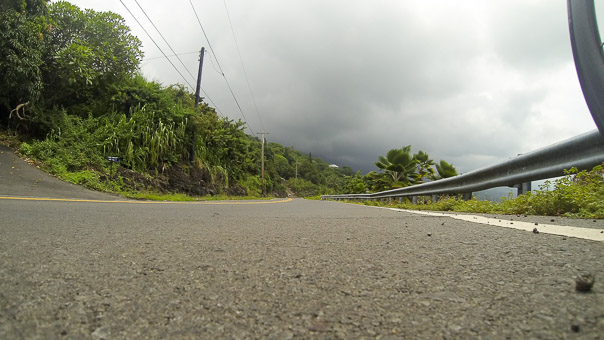 The bay is also know nas ‘Captain Cook’ - this is close to where Captain Cook moored up, came ashore, got into a fight and met an untimely death in 1779. There’s a monument across the bay marking the spot of his demise. This is a fantastic area for snorkeling and we went there last time on an organised kayak/snorkel trip that was great fun. 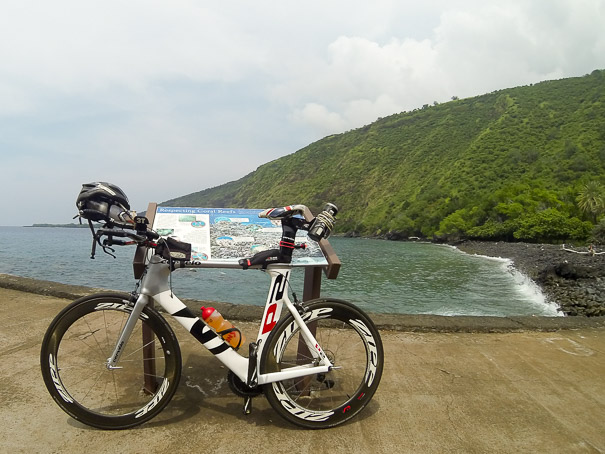 Kealakekua Bay, with my bike in the way 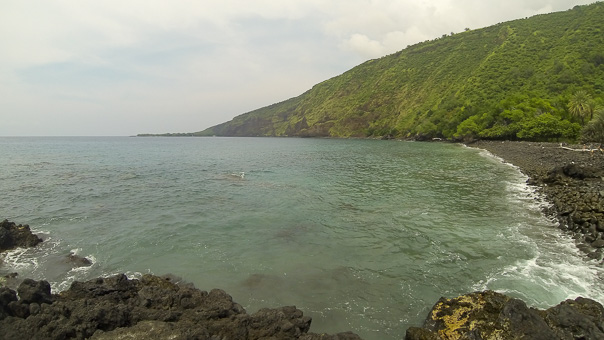 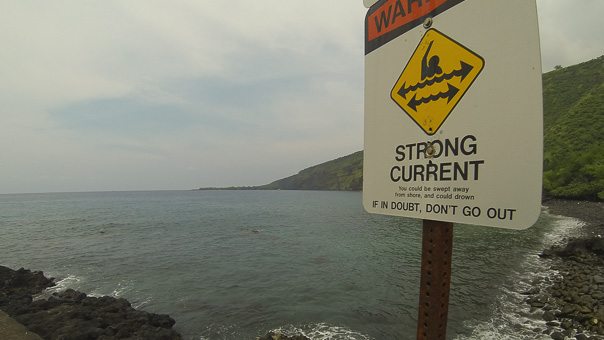 From the bay you continue cycling along a strange old barren road for a few miles and then this takes you inland and the climb begins again. 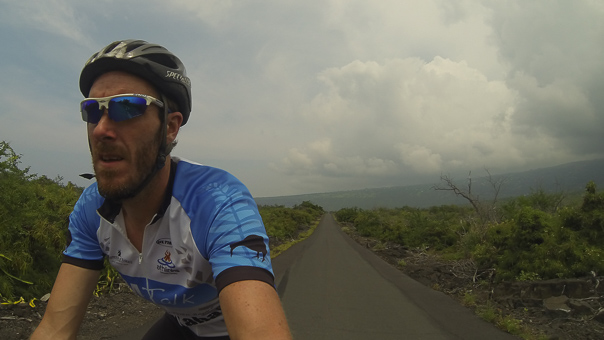 Although there were some big black clouds I managed to avoid the rain that was up there and the only reason my clothes were wet was from sweat. Did I mention it was another warm day today? I thought not. 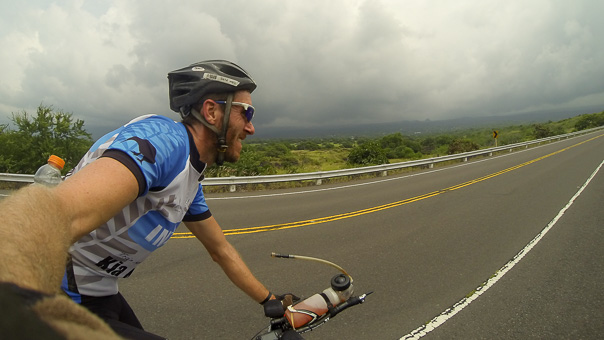 I cycled past the ‘Painted Church’ - I didn’t stop though (been there, done that!) and just headed on, or up towards the main road back to Kailua-Kona. The best part about the climb is that the temperature gets much cooler the higher you get. 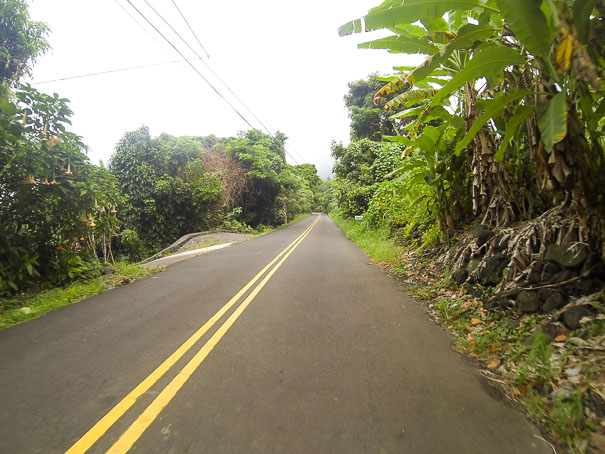 Once at the top of the climb it was a beautiful quick ride back home. The thing is, asI weigh (at least) a stone more than I did two years ago this makes me pretty quick on the downhills! I’m slower going up but quicker going down, and when my speedo got to nearly 52mph and I realised I was only wearing some thin lycra outfit (which I know from my recent bike crash doesn’t like tarmac) I decided to ease off.

This is a really enjoyable bike ride, it’s about 40 miles and is much more scenic than 40 miles of the Queen K. It’s just a bit up, down, up, down as the ride profile shows…

I got back to the condo, admired my cycling helmet hair, had some lunch then we both had a dip in the swimming pool. 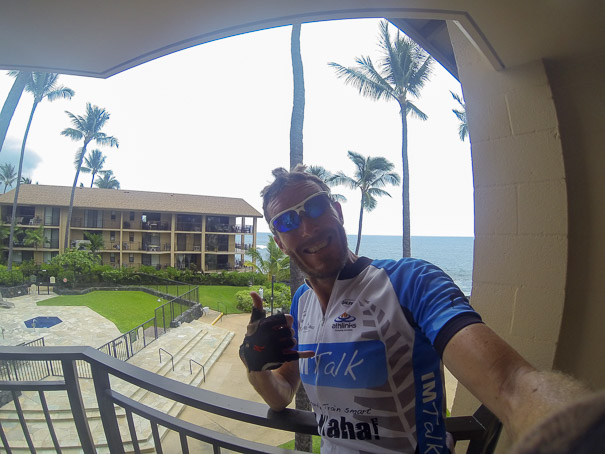 The rest of the afternoon was fairly relaxed (I felt shattered). A little later on Sharon and I headed into town for a little souvenir shopping and then to meet up with some other UK folk at a bar (Huggo’s) that overlooks the ocean. This meetup was organised by Joe Skipper which was really nice of him to do.

There were about 10 or so of us there, we had a drink, a chat, enjoyed some live music and then watched some keiki (childrens) hula. 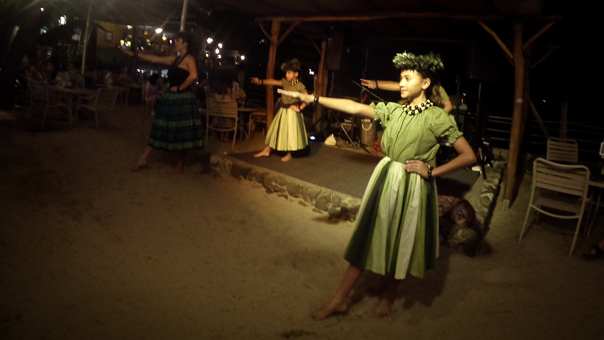 After a while Sharon and I headed home, had some dinner and called it a day. I’m currently thinking about doing a long bike ride tomorrow. Stay tuned…