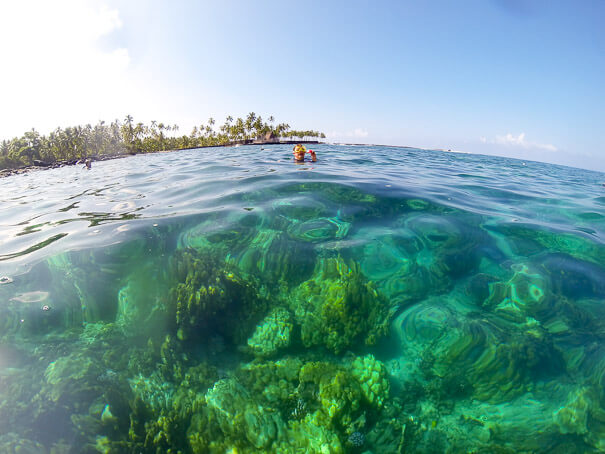 Over dinner and drinks last night the four of us decided to do a little snorkeling this morning. The plan was to head toHonaunau Bay. This is also known as ‘two step’ or ‘place of refuge.’ We met up with Andy and Emma and drove up and over to Kealakekua Bay (also known as ‘Captain Cook’) to have a little look around and then head over to the planned snorkel spot. 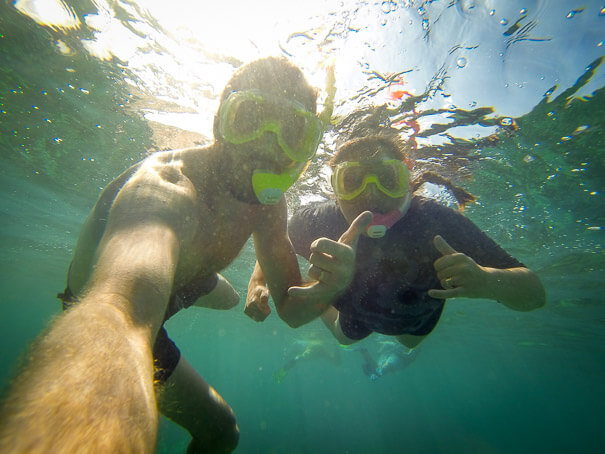 We got there, parked up and headed to the water. There were a few people in the water already and the visibility looked great from the (lava rock) shore.

The water was fantastic - plenty of fish around and not crowded at all. 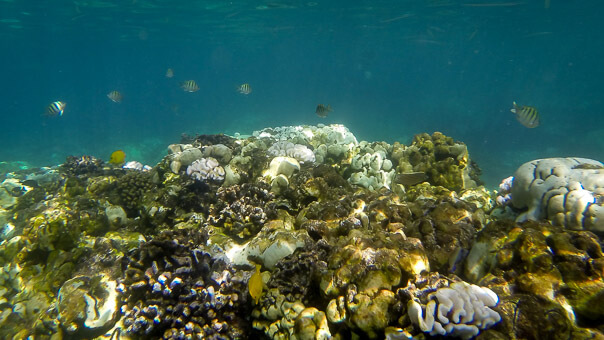 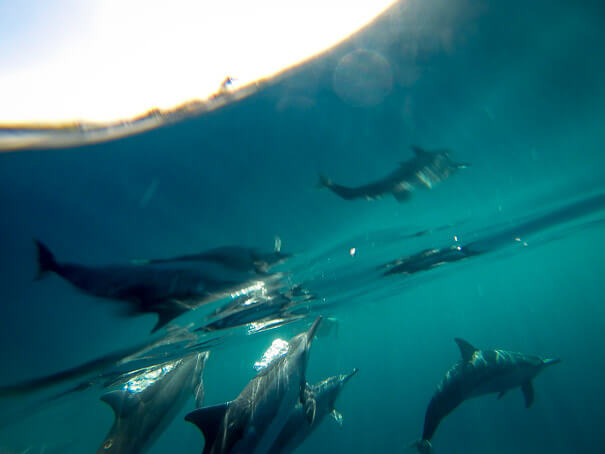 There were probably about 20 or so snorkelers in the area and we all just bobbed around as a pod of (I counted 21) dolphins - many of them mothers and their young - just swam deep beneath us and out of sight - and then a minute or so later slowly return and make surface before heading back down. 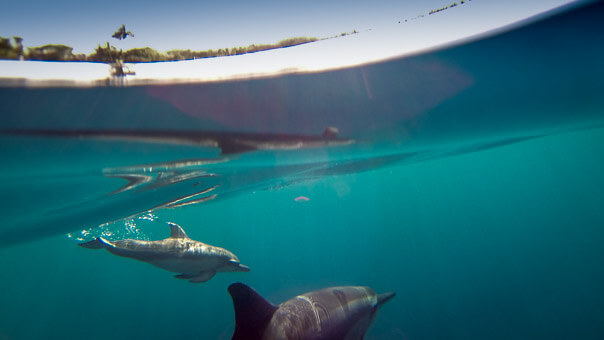 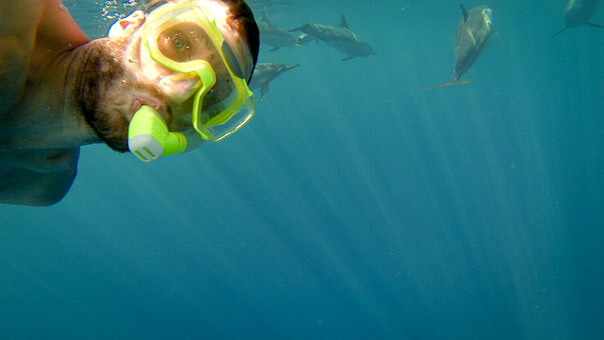 The one on the left is not a dolphin 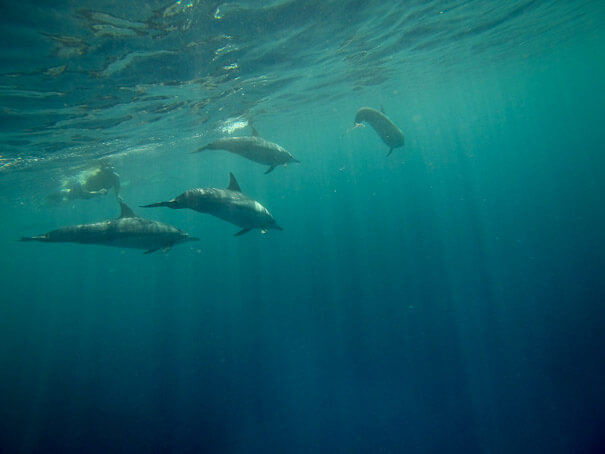 They were just as inquisitive as to what we were doing as we were to them. 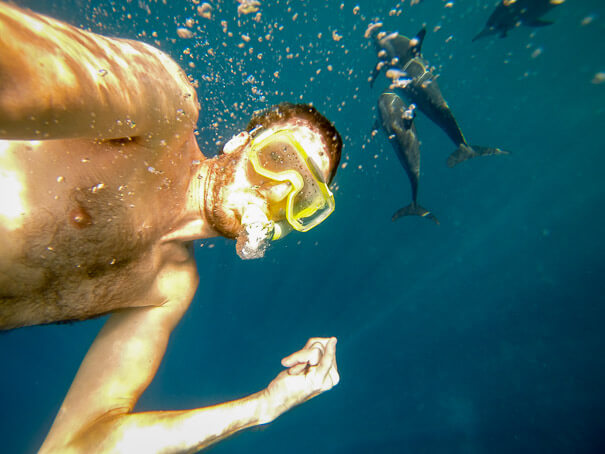 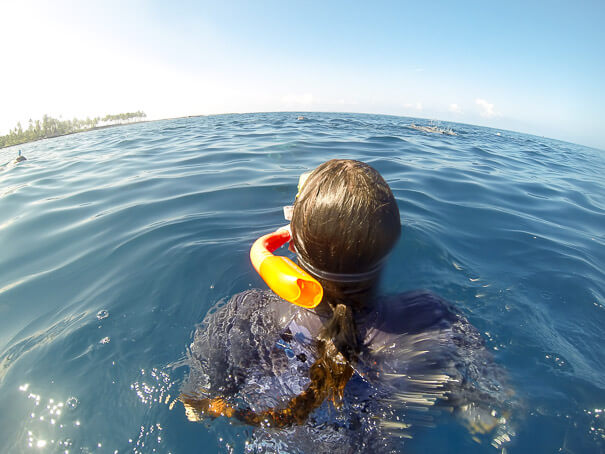 When they were swimming below you the sound of them communicating with one another was so easy to hear. 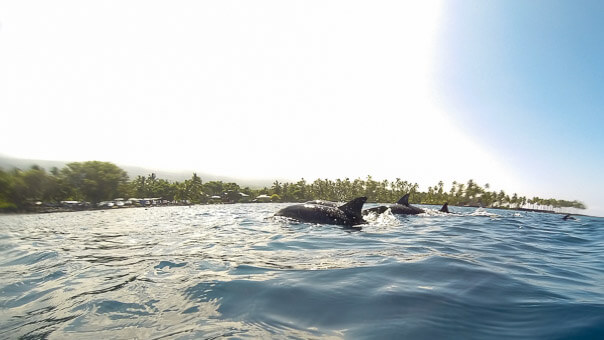 It was simply amazing. 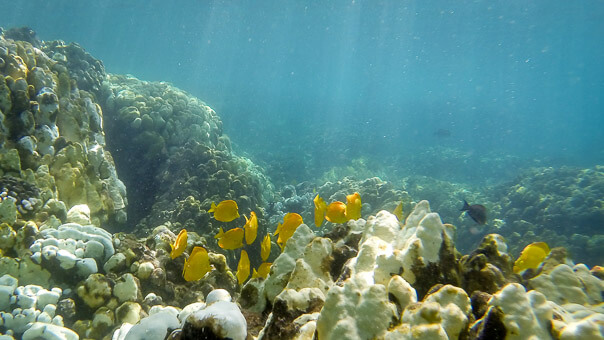 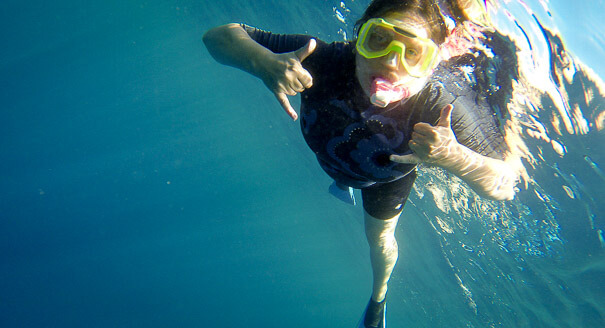 We were in the water for just under an hour and there was no sign of the dolphins leaving - they seemed to be quite happyseeing what we were up to. 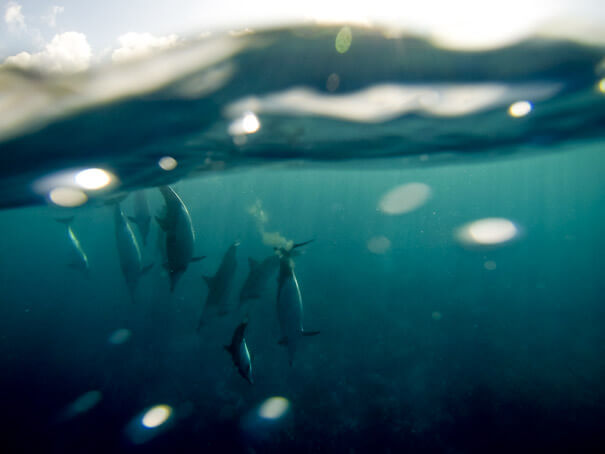 When got back to the launching spot (called ‘two step’ as there’s two ‘steps’ to get in and out of the water) my GoPro (and the pole that it was attached to) washed out of my hands and deep into a gapin the lava rocks.

Oh f**k I thought. I stuck my hand in there as quick as I could and after about two or three seconds of panicked fumbling around (with my arm in up to my elbow) I made contact with the camera and managed to manoeuvre it out. Phew.

Sharon thought I was going to get stuck like in the film ‘127 hours’ and we’d have to chop it off. Thankfully that wasn’t necessary.

Once we were all on dry land we stopped into to have a look at the nearby ‘Painted Church’ and then headed to the Greenwell Farms coffee farm for a tour. We sampled some coffee (100% Kona of course) and then a group of perhaps a dozen of us had a tour of how the cherries are picked and turned into coffee beans that then get roasted and turned into the wonderful drink (for me, almost as good as Jack Daniels and Coke!). 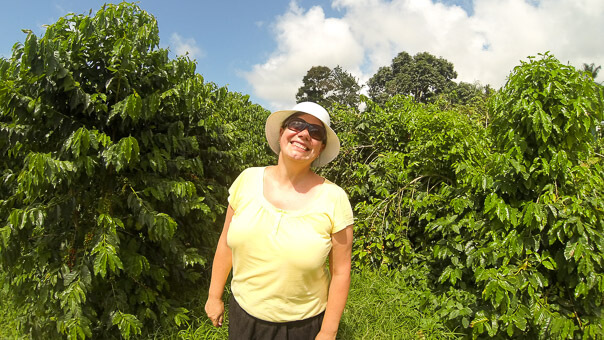 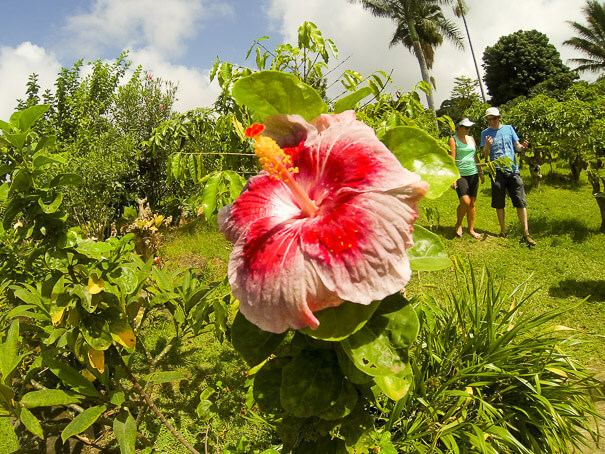 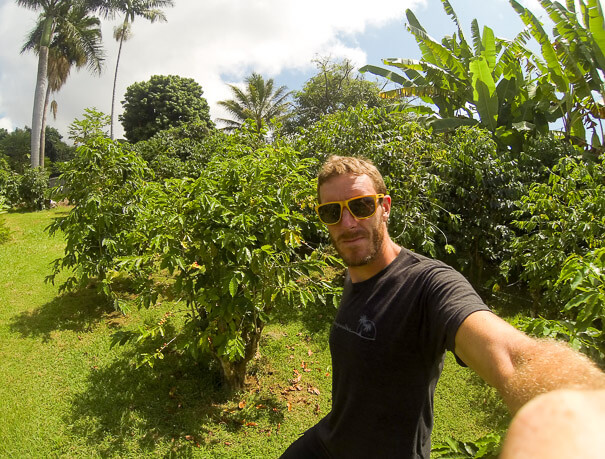 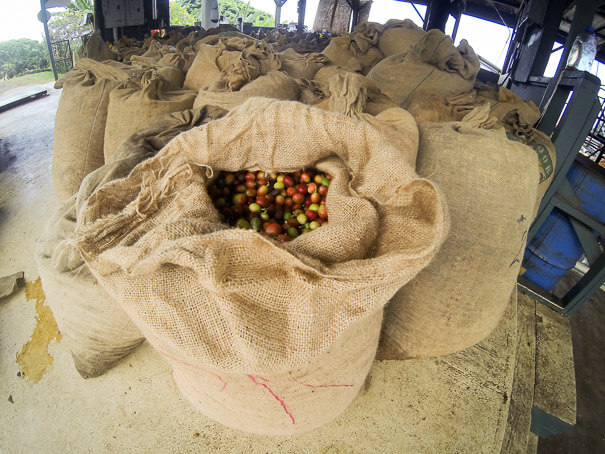 I could have sworn that these were peanuts - but alas no - they were coffee beans - drying in the sunshine. 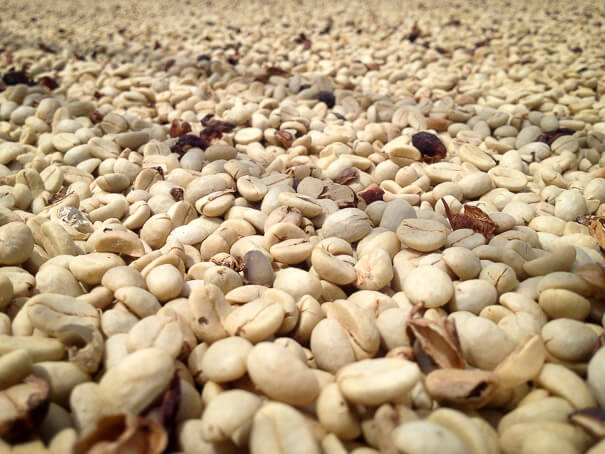 Once the tour was complete and we’d spent a little money in the gift shop we headed over to Annie’s Island Fresh Burgers - a burger place about a mile from the coffee farm.

Eventually we made it back to Kailua which is now a much much quieter place. We had a little wander around and somehow - don’t ask me how - ended up at the shave ice store.

I went for a shave ice with chocolate mac-nut ice cream in the middle with flavourings of coconut and strawberry poured on top.

It truly is a delicious snack and I think I may be turning into a shave ice…. 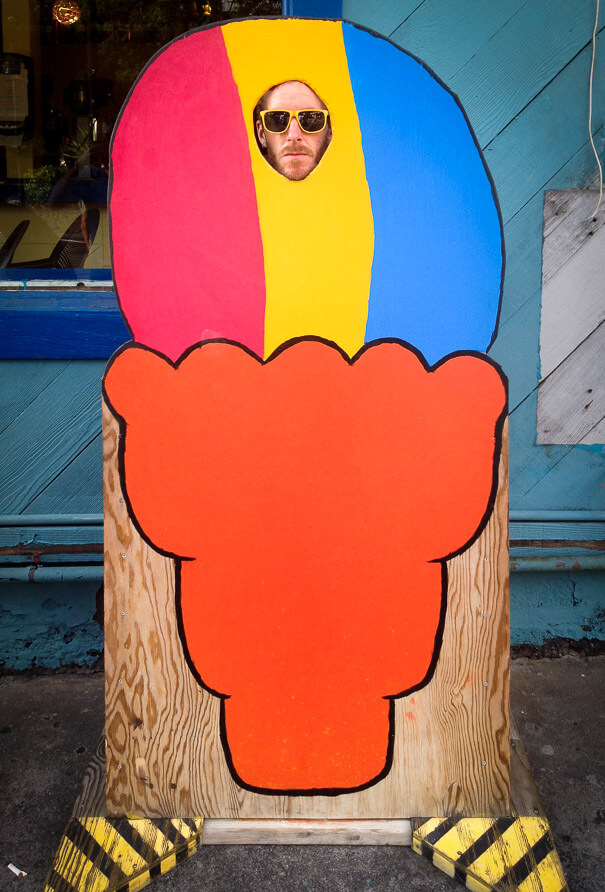 Back home in time for a dip in the pool, a beautiful sunset and a good crack at finishing the beers in the fridge as we think about heading back to the UKin a couple of days time.