We’re leaving Hawaii soon - but not today - so we thought we’d head to the pier for one last swim from Dig Me beach. A cruise ship was in town today so there were a few more people about but compared to the last two weeks it was like a ghost town. 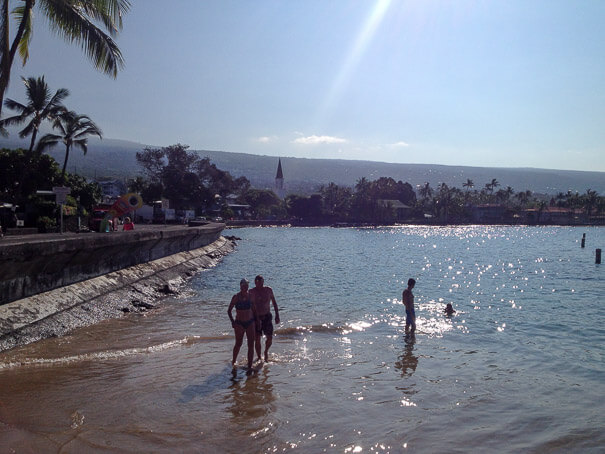 Sharon went for a little snorkel close to shore whilst Andy, Emma and myself swam to the 3/4 mile swim buoy (meaning 3/4 miles total once you’ve swum back to shore). It was nice to get a bit of real swimming in and to take in the view. 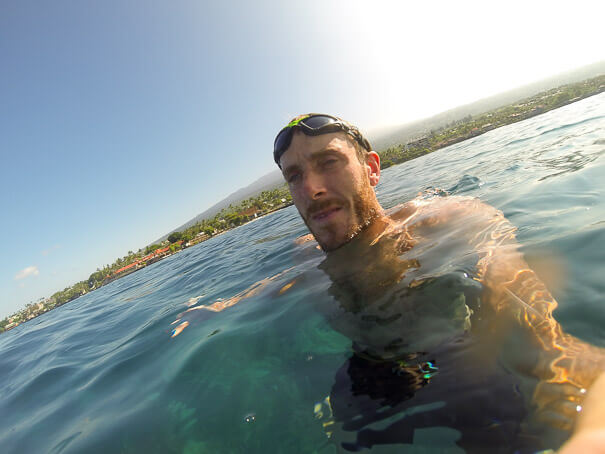 Oh how different it was to four days previous. 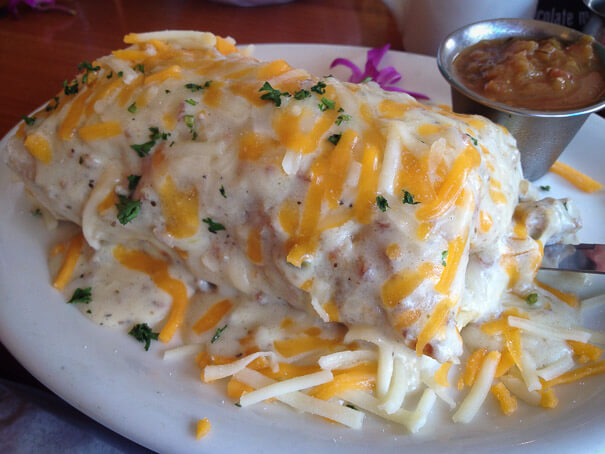 Post swim we’d worked up an appetite so over to Splashers across the road. I went for the breakfast burrito! A somewhat bizarre choice but as it was on the breakfast menu then it was good enough for me. It was delicious.

After breakfast Sharon and I headed home and thought a little about packing. Well… I thought about it and Sharon actually did some. My contribution was starting to prepare a list of the ‘free swag’ that we’ve picked up during this visit. I’ll probably share that in a day or two.

After lunch (which consisted of pretty much nothing after the breakfast I’d just consumed) we headed to Magic Sands beach as I wanted to have a play in the waves. We bumped into friends of Barry and Michelle from Epic Camp and whilst Sharon chatted to them on the beach I got into the melee that is the ocean after schools have finished for the day. 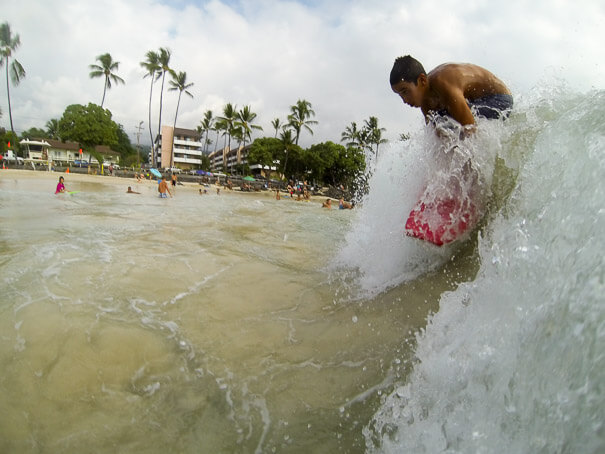 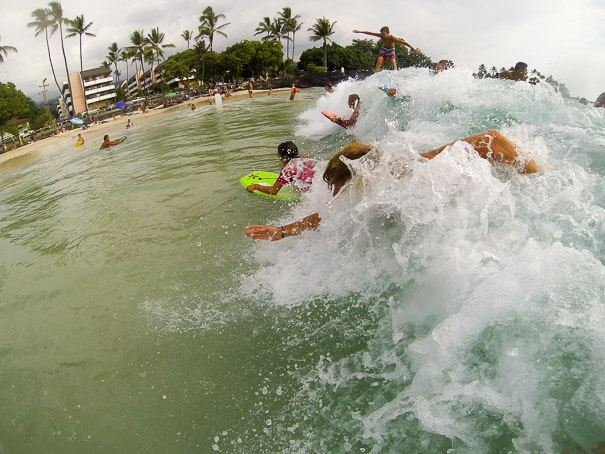 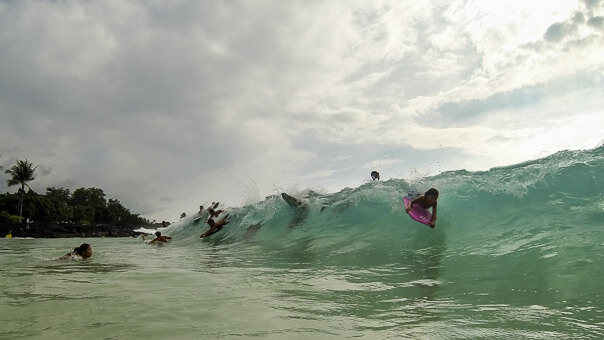 Back home for a quick dip in the pool and then we’d arranged to meet up with Andy and Emma at the Old Kona Airport walking/jogging path. Although my feet are still hurting (I’ve also got some ulcers on my lip from energy gel wrappers during the race) I toughened up and we all went for a little jog. Each lap is 0.7 miles and I did three laps.

Primarily to work up an appetite. 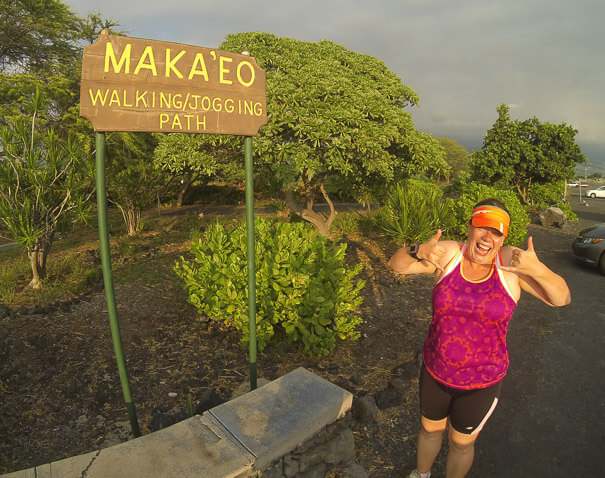 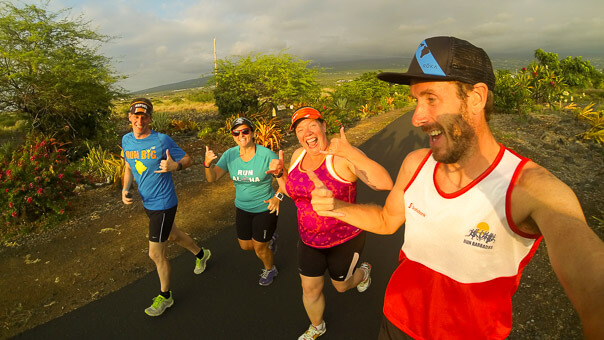 Post run we were in the perfect place to watch a pretty good sunset. The cruise ship that was in town today had set off into the sunset. It was a good one tonight. 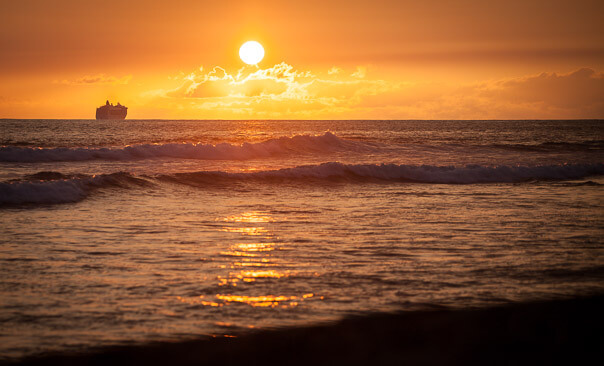 We all then headed over to Lava Java for dinner in fantastic surroundings.

Kailua-Kona is a completely different place after Ironman week has finished and if you’ve not seen it like this before then you’re really missing out. 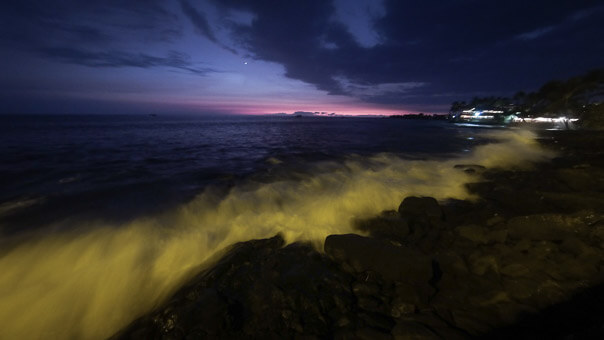