Back in October 2010 (yes, 11 years ago) I last took part in a Surrey League Athletics race in Croydon, racing for my old club - Ranelagh Harriers.

Since moving to the south coast in 2014 Sharon and I have thought about doing some cross country racing again and after seeing that the first race of the Sussex League 2021 season was coming up we decided to investigate further.

Our running club (Bognor Regis Tone Zone Runners) has had runners take part in a Sussex League relay race in 2018 (and prior to that I believe in 2010!) but doesn’t field an XC team in the league - maybe we will in future - only time will tell.

So, after seeing that the first race of this years league (after no racing last year due to Covid) would be at Goodwood (only a few miles from home) this weekend Sharon and I decided to find out more. Using Strava I found someone who’d run the race a couple of years ago - I then downloaded his GPS route and loaded it onto my phone. Sharon and I then went up to Goodwood earlier in the week and followed the route to get a feel for the terrain and course.

I’ve got a pair of cross country spikes (that I’ve probably not worn in 10 years) in the loft and my trail shoes I threw in the bin after getting a lovely set of blisters after a 10k race I ran earlier this year. I’d ordered a new pair of trail shoes online (that went back as they were too small) so I was hoping for regular road running shoe terrain!

It hasn’t rained for a couple of weeks so fortunately the ground was dry. The course looked good and nothing that really demanded any different shoes. I was happy. A successful recce.

That was until race day morning when it poured with rain!

So, race day lunchtime came and we headed up to Goodwood. The atmosphere was like a school sports day - little kids racing around (there were a number of races today for all age groups) and was pretty exciting. We collected our running numbers from the registration tent and then watched some of the racing taking place - and were very impressed with a proper starters pistol being used for each race. 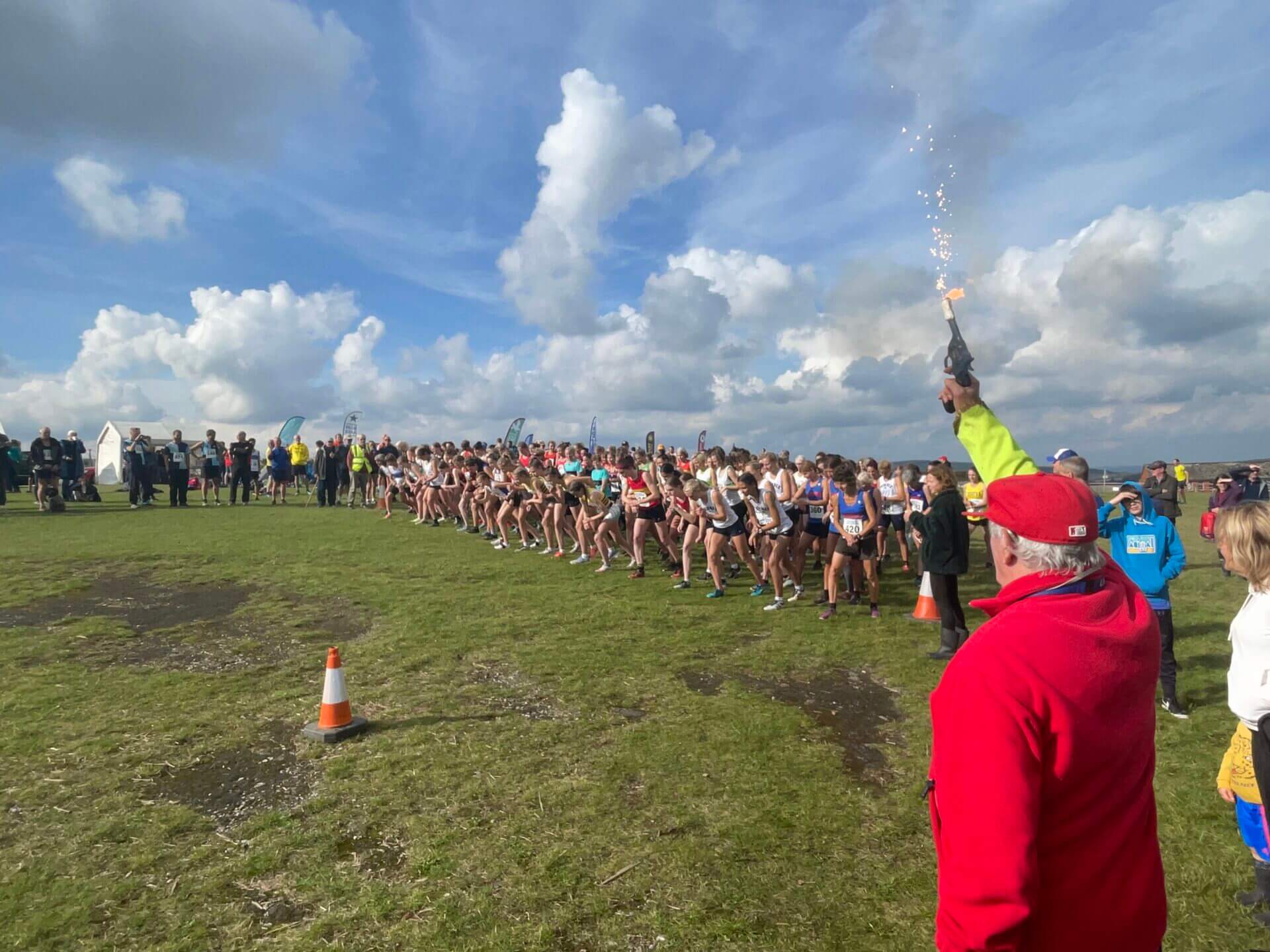 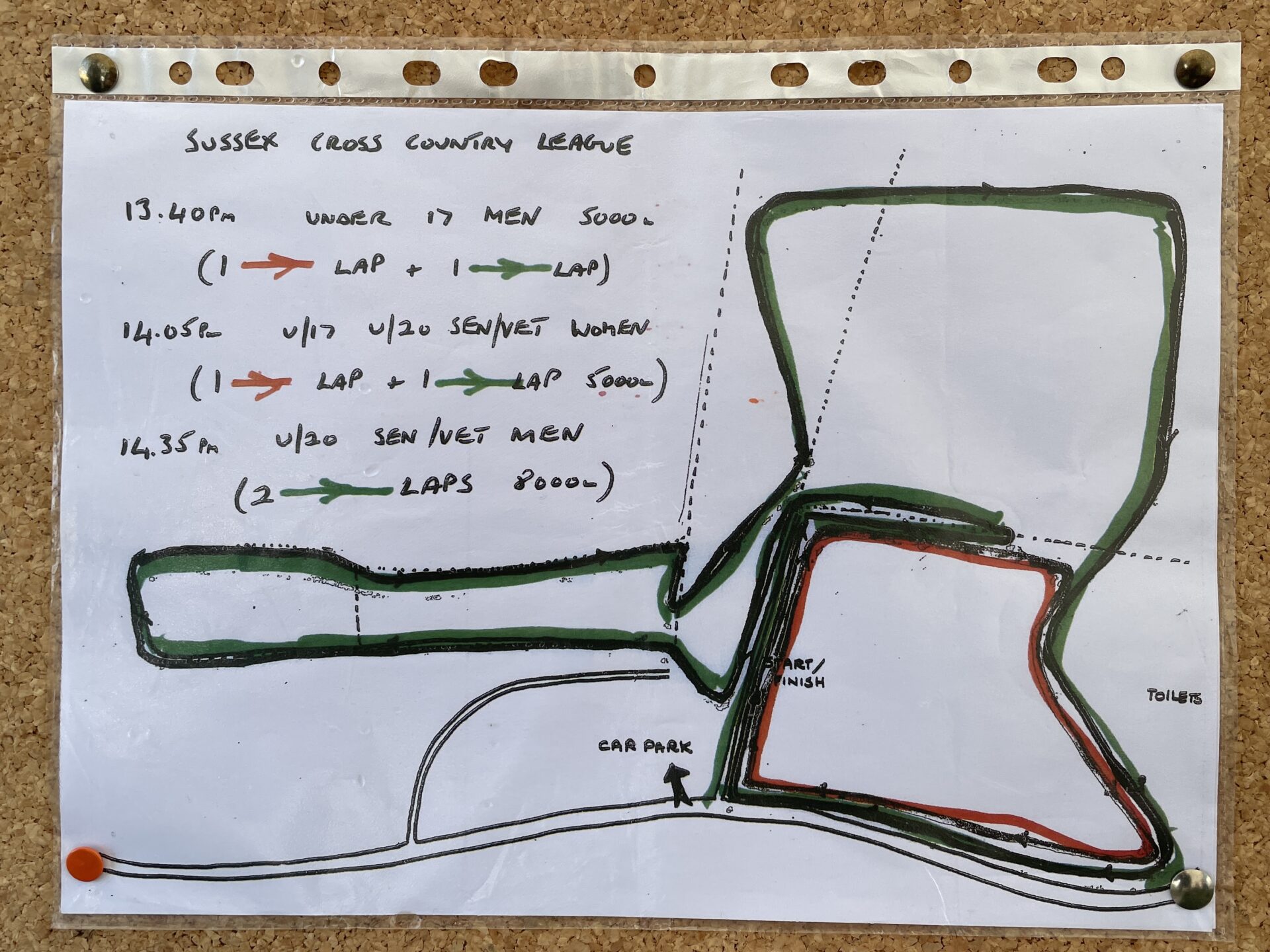 Just before the senior womens race (which Sharon took part in) started there was a one minutes silence in memory of Fiona Clark - a superb runner who died suddenly a few days ago. She had run in Surrey (and Sussex) races for years and I have some great photos of her when she won a Surrey League race in Richmond Park from 2010. It was very sad. 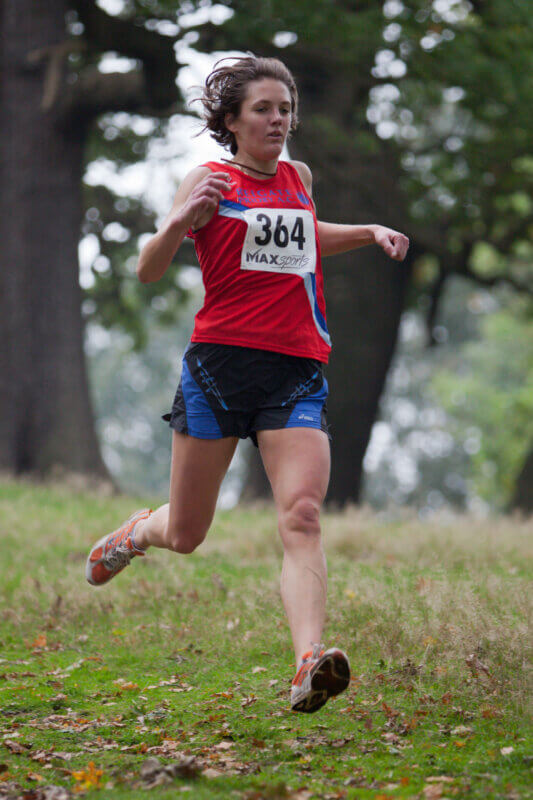 The ladies then set off for their (approx 3 mile) race. The lead lady opened an incredible lead that just grew bigger and bigger. A clear victory. Sharon came into the race with the main aim of not finishing last. There was no such chance and she ran great - for both of us who never run up and down hills this course really was nasty in places. 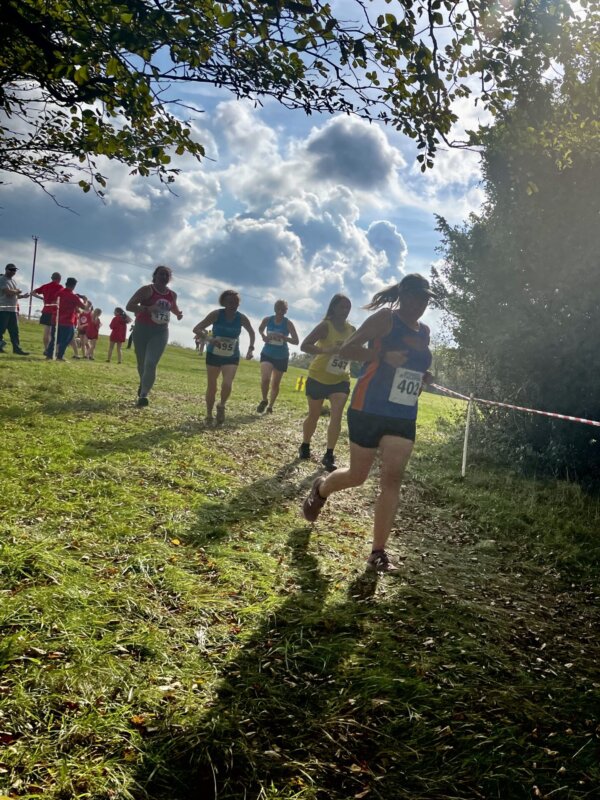 The mens race started literally about two minutes after Sharon finished her race - so just after I cheered her over the finish line the mens race began. Great timing.

This was about 4.7 miles of hell. Hardly any of the route was flat. Conditions were great but oh it was tough. After a couple of minutes of frantic running to get into position it was just a case of running strong and just getting on with it. 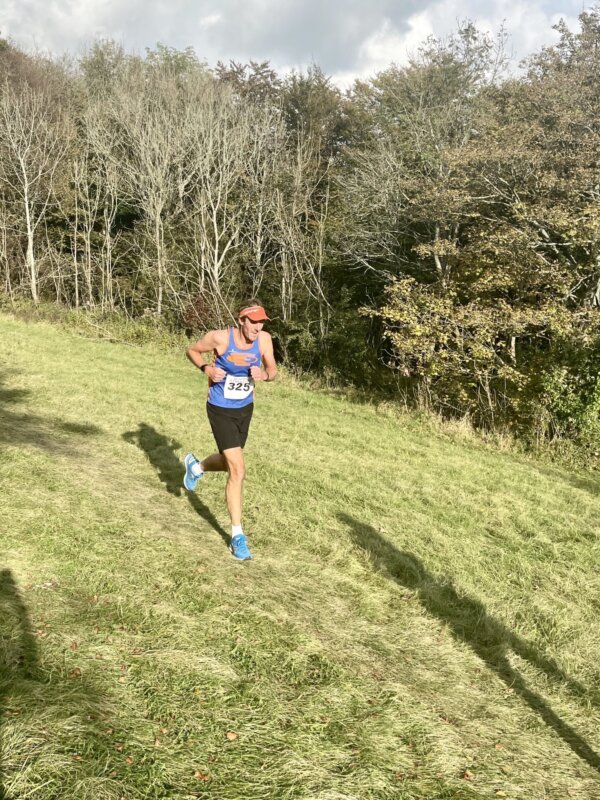 Trail shoes would have been good in a couple of places but I was OK with my road shoe choice (I really had no alternative!). I did slip once and turned on my ankle another time, but apart from that I had no real issues - other than the bloody uphill bits!

The course was great for supporting and I saw Sharon about four or five times during my race.

It was a relief to cross the finish line - I was truly spent. But in a good way. It was really hard work, lots of competition around me, brilliantly organised and enjoyable. It’d just be better to have more than one entrant from our club in each of the two senior races. I’m sure we can work on that. 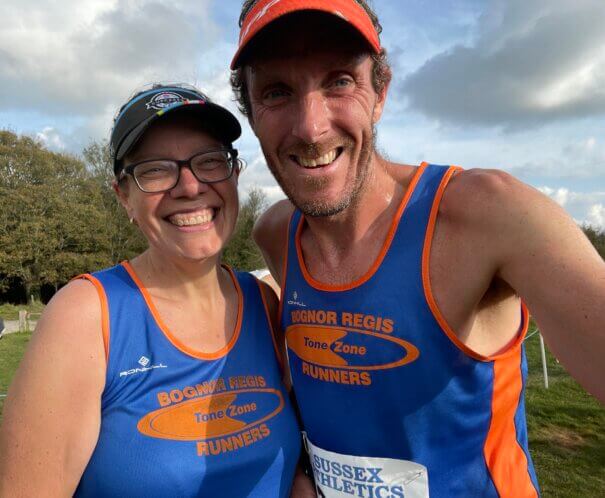