Goodbye to the Fastest Finisher shield...

By David on 5 August 2010 david triathlon

After Ironman Switzerland in 2009 I was presented with a prize at the annual prizegiving for being the ‘Fastest Finisher.’ At the time I wrote…

“Of the 52 Pirate finishers I finished 6 minutes ahead of the next placed Pirate - so was presented with a lovely wooden shield which I shall treasure for the next 12 months. I felt honoured to have won this - especially with some of the other names on the trophy and I had to make an acceptance speech when I was called up to collect it.” 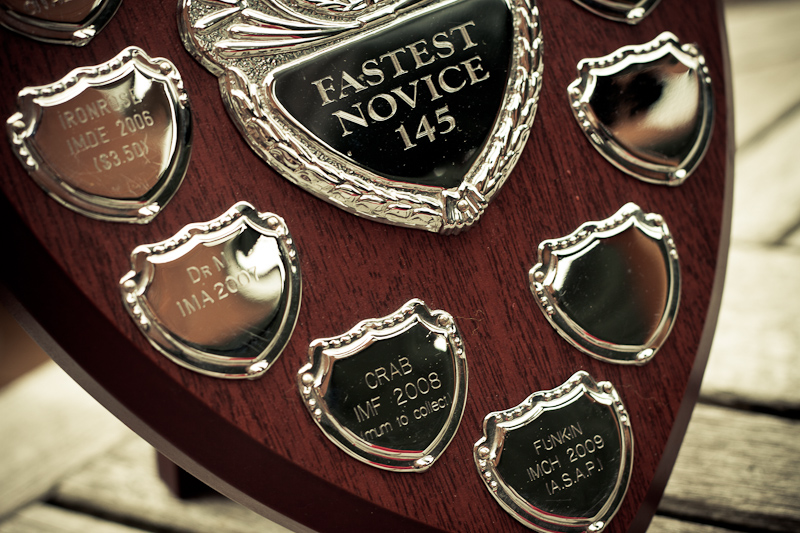 So, 12 months is up and a couple of weeks ago I had to hand the shield back in readyness to be re-distributed at the prize-giving post Challenge Roth. Unfortunately I wasn’t the fastest finisher at Roth so the shield has gone to a new owner. I’ll hope to get it back in my possession again one day… ;)

You’ll see a photo of the shield here on the blog but I’m not going to explain what the strange engravings are beneath the names/races (oh, and the meaning of ‘145’ on the shield). To find out more I’d suggest trawling the forums at Runners World or coming along to the big pirate race in 2011 and asking someone.

In addition to getting the shield I am now slowly building up my pirate ‘ranking!’ This is a virtual hall of fame that was devised by Candy - one of the original pirates back in 2005. Back in December 2005 he wrote…

Obviously we need a hall of fame, and I was sufficiently bored on my long ride last saturday to come up with a pirate rank system based upon experience.

There are a number of ‘ranks’ that you can get to over your Ironman career, which are as follows:

So, two years into my Ironman career and I’m doing alright having got myself four points and now at ‘pirate’ status:

This is all a bit of fun, nobody really knows how many points anyone else has, and nobody is keeping scores.