6am wake up! (you want to know this every day don’t you?). I can feel a little muscle ache in my legs which doesn’t surprise me having ridden over 175 miles since I got here - so todays plan was to take it easy. I wrote in my Ironman UK blog a few weeks ago that I don’t have a coach or follow a strict plan. I sort of guess what I need to do and play it all by ear. Clearly it works to an extent seeing as though I’m where I am right now! Today would be an easy day as I fancy a long bike ride tomorrow (Tuesday). I may try another short run tomorrow after deciding to give my legs a bit more of a rest.

I arrived at the pier at about 7:30am - about an hour after high tide and the swell was much more noticeable than on Friday morning. Although the tide wasn’t pushing me around much it really was a bit lumpy out there this morning. I’m sure 2000+ kicking arms and legs in just under three weeks time will churn it up even more!

Sighting is pretty tough out here with just the regular non-race-day buoys at sea. The best thing to do is just head in the general direction you want to go (as you get further out you can sort of sight from one of the mountains in the distance) and eventually you should see one of the swim marker buoys. Good luck trying to spot one in the distance. Heading back to shore you just aim in the direction of a large telecommunications mast and that’ll get you back to the beach.

Today was my first celebrity sighting, and what a way to start it off than with multiple Ironman World Champion Craig Alexander! He’d been out swimming and as I was putting my clothes on the storage racks he came up to collect his swim paddles.

I headed into the water (it was about 7:30am) and swam a steady 1500m. It wasn’t very fast so I can expect a slow swim come race day but that doesn’t bother me. All I need to do is get round the course. Back at the beach Craig had returned and was chatting to a couple of people, one of whom was filming him. When they finished talking I headed over, said hello, wished him good luck and he said the same back to me and shook my hand. Good man. He then went over to his wife and son who were playing in the shorebreak.

I suspect as race day gets closer the beach will get stupidly busy and people like Craig will get a lot of attention. Right now he was just another guy swimming in the ocean. He just swims, bikes and runs a bit quicker than us all!

I turned around, started swimming and clocked an additional 1.2 miles (just past the 1500m turn buoy is the 1.2 mile turn marker). Another 3.5km swim in the bank for the day.

I came back for breakfast and saw that Tom, a good friend from home (my normal home in England that is), had posted on Facebook that he was coming over to support at the race and was setting up an informal gathering of parkrunners at 9am on the morning after the Ironman. Sounds like fun. Tom is ‘the’ Tom who gave me loads of encouragement during Ironman UK so he’ll get to see my ‘pain face’ all over again in a few weeks time. Brilliant. 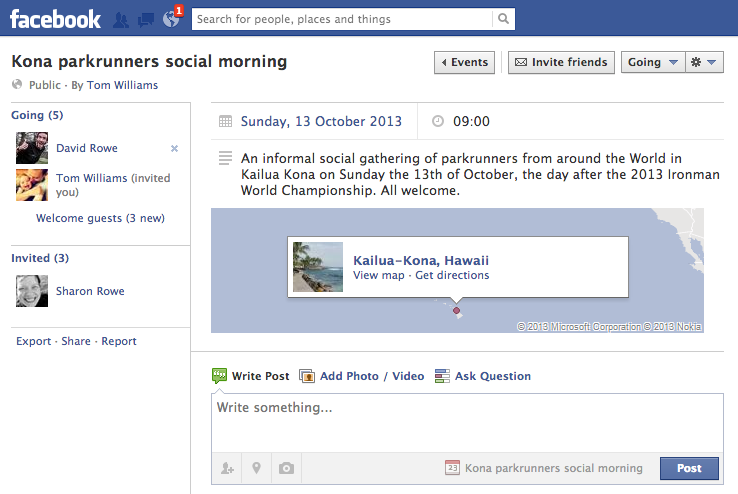 I headed out and bought a few more shopping bits and pieces and that took me up to lunchtime. As for the afternoon… well I did absolutely nothing. a splash in the pool, read a magazine, listened to some Hawaiian radio (so so soothing!) and then popped up the road in the search of some more sunset photo. Here’s just one of the dozen ‘keepers’ that I took.

Another day in paradise drew to a close… 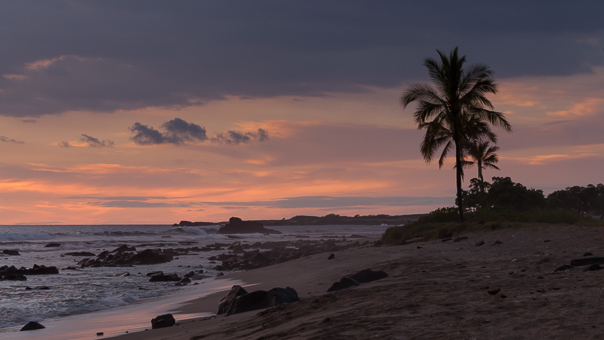